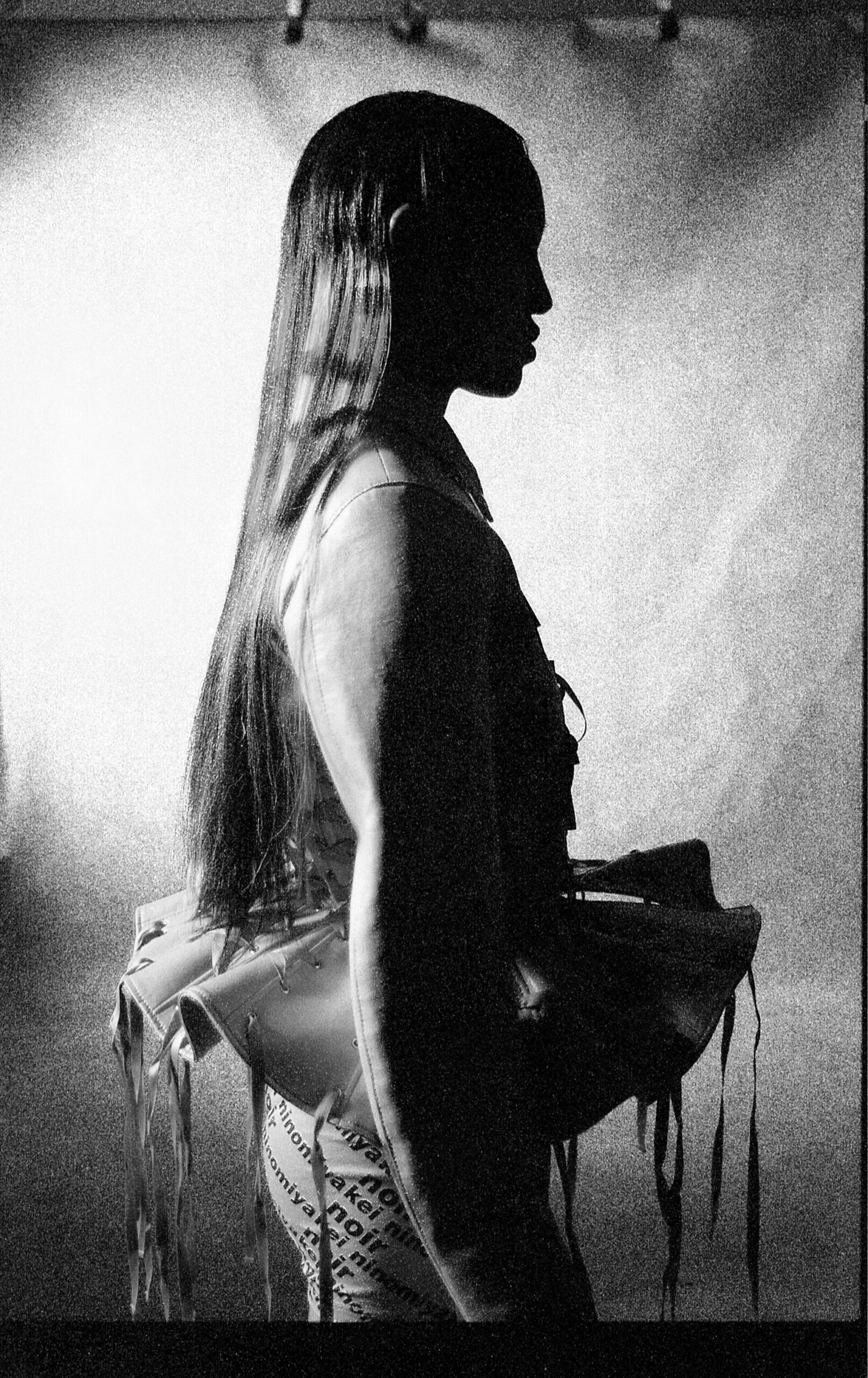 The aforementioned are just three thoughts that came to mind when a chance presented itself to spend time with Pan Daijing. 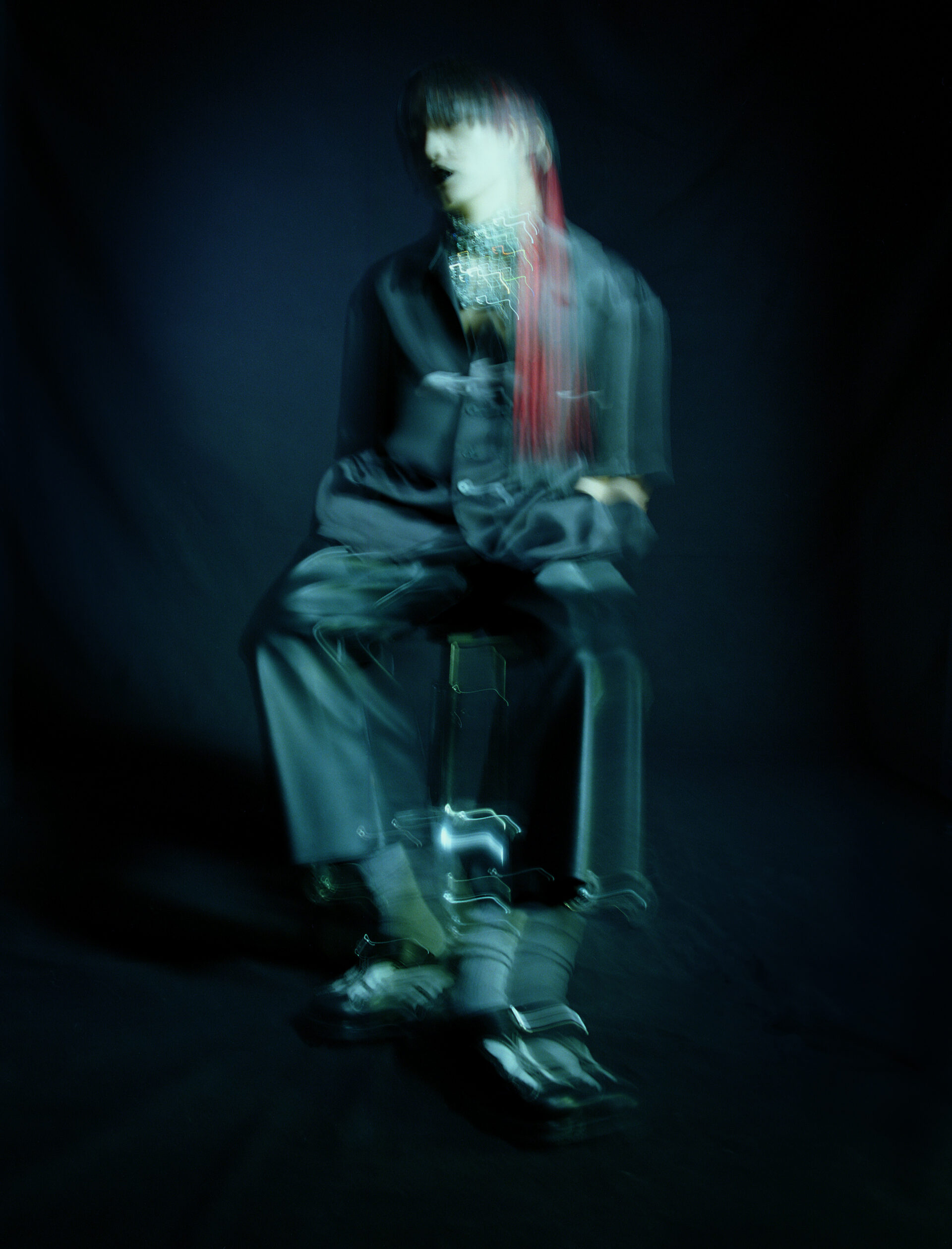 If I was forced to pinpoint the coordinates of the creative DNA of the China-born, Berlin Kreuzberg-based self-taught artist, I would probably see the simmered-down essence in non-discriminatory, experimental multifaceted storytelling, inspired by an intense rawness.

Poised against fatality and having evolved organically, the way Pan Daijing channels her alchemy is more than merely gracious endurance. In essence, it is about vulnerability, showing up and being seen, a poetically raw act of elegant aggression and in that, a positive triumph resulting in the creation of a hauntingly vivid, sheltered abstract space. 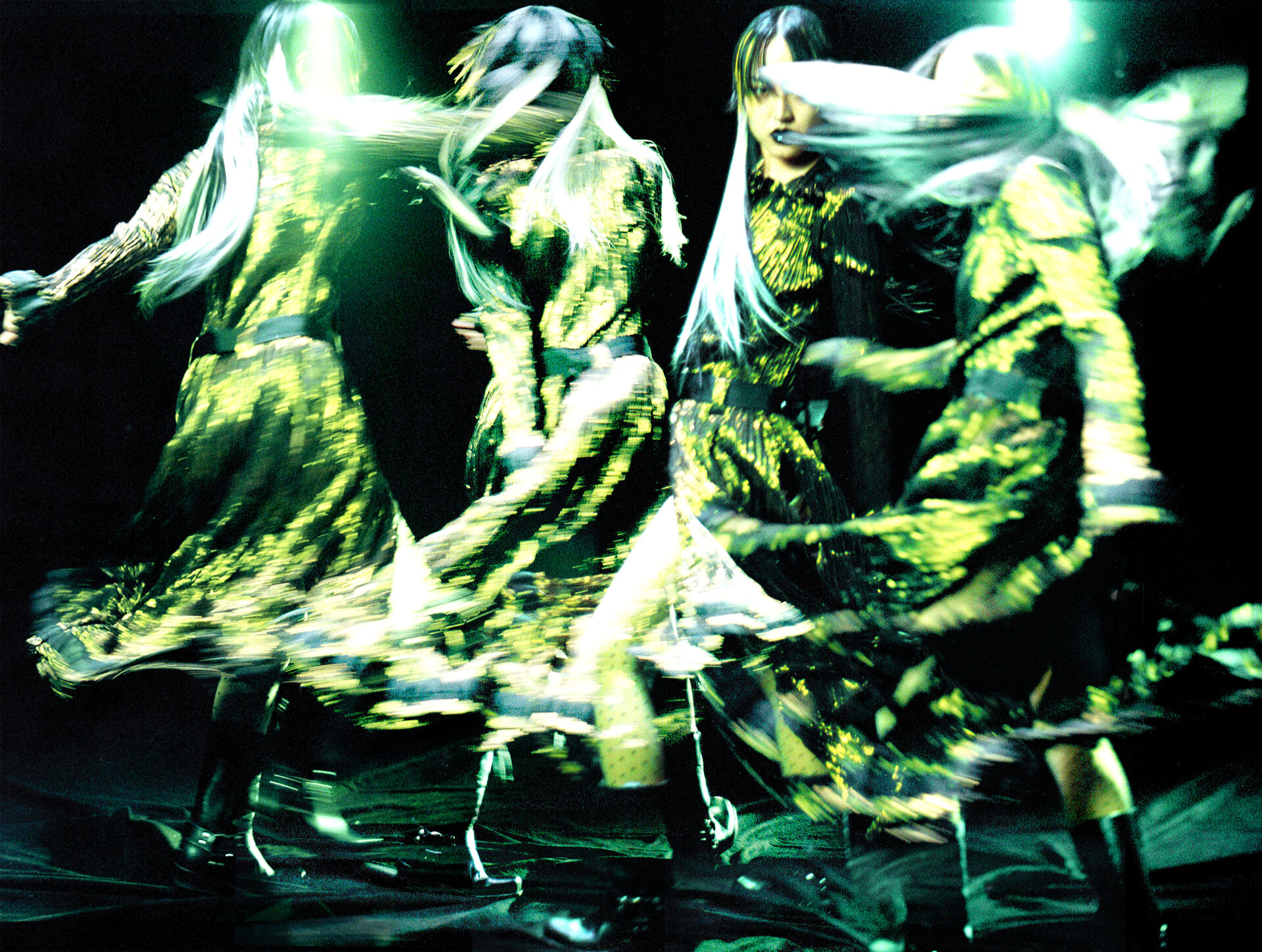 Having left the confines of the People’s Republic of China, Pan Daijing’s artistic career started with a leap.

Since then it has morphed into a multi-disciplinary journey comprised of staggers ranging from performance art, evocative installations, minimalist approach to dance centred around the unspoken poetics of bodies relating to space via elaborate storytelling and a hopeless love affair with noise in all its variations. Noise music, with all its seemingly dark, harsh, confronting and opposing layers channeled through the idiosyncratic lens of Pan Daijing, leads to a stillness – a cathartic feeling of salvation and therapeutic enlightenment. 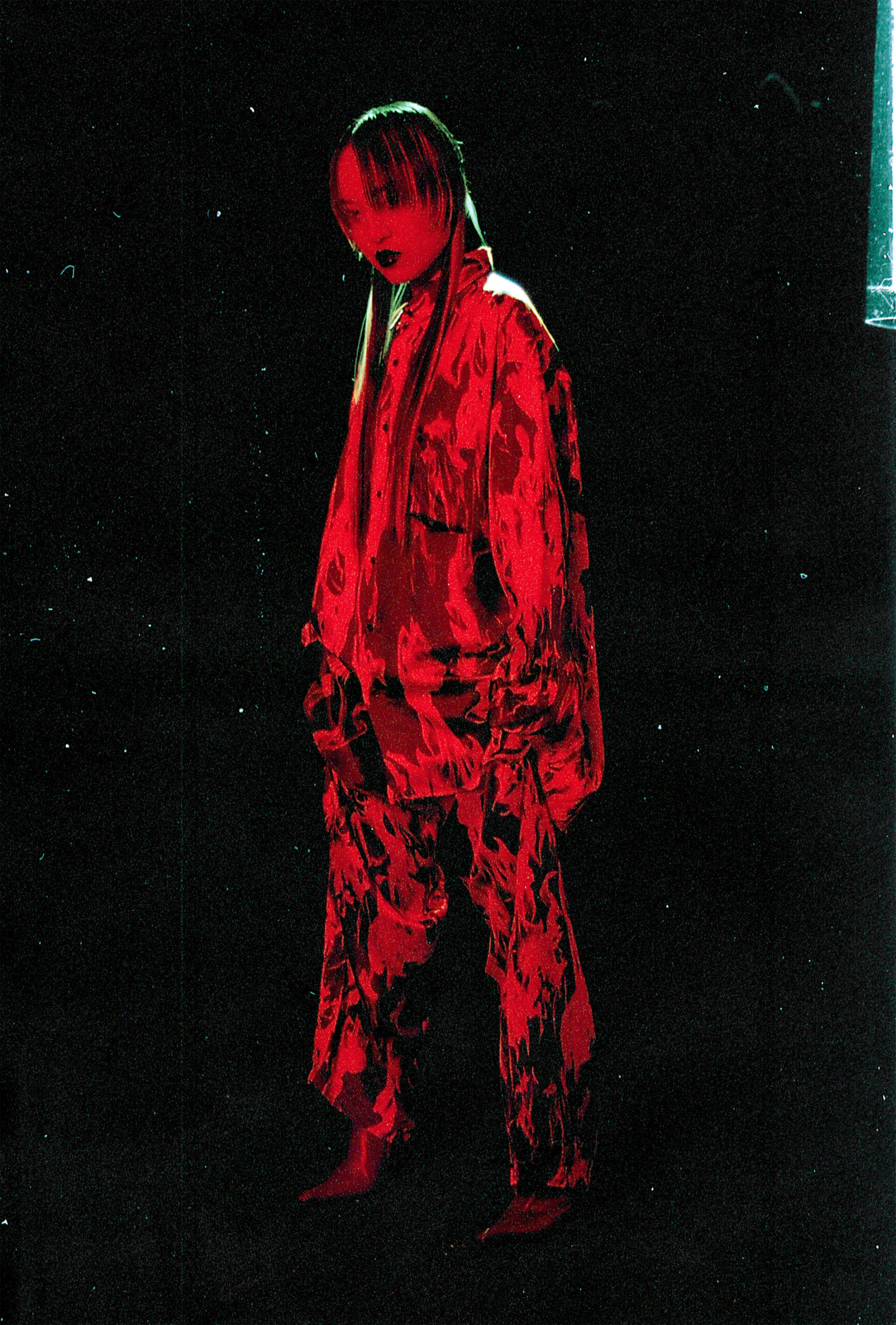 Musically often leaning towards dark ambience, the transgression of industrial sounds and electronica, Pan’s approach to music is based on her intuitive, intimate and borderline objectophile encounters with her gear. Her textured and collagist hauntings act like first responders that bring a therapeutic balm, to soothe, to provide catharsis while embracing the duality of every moment. 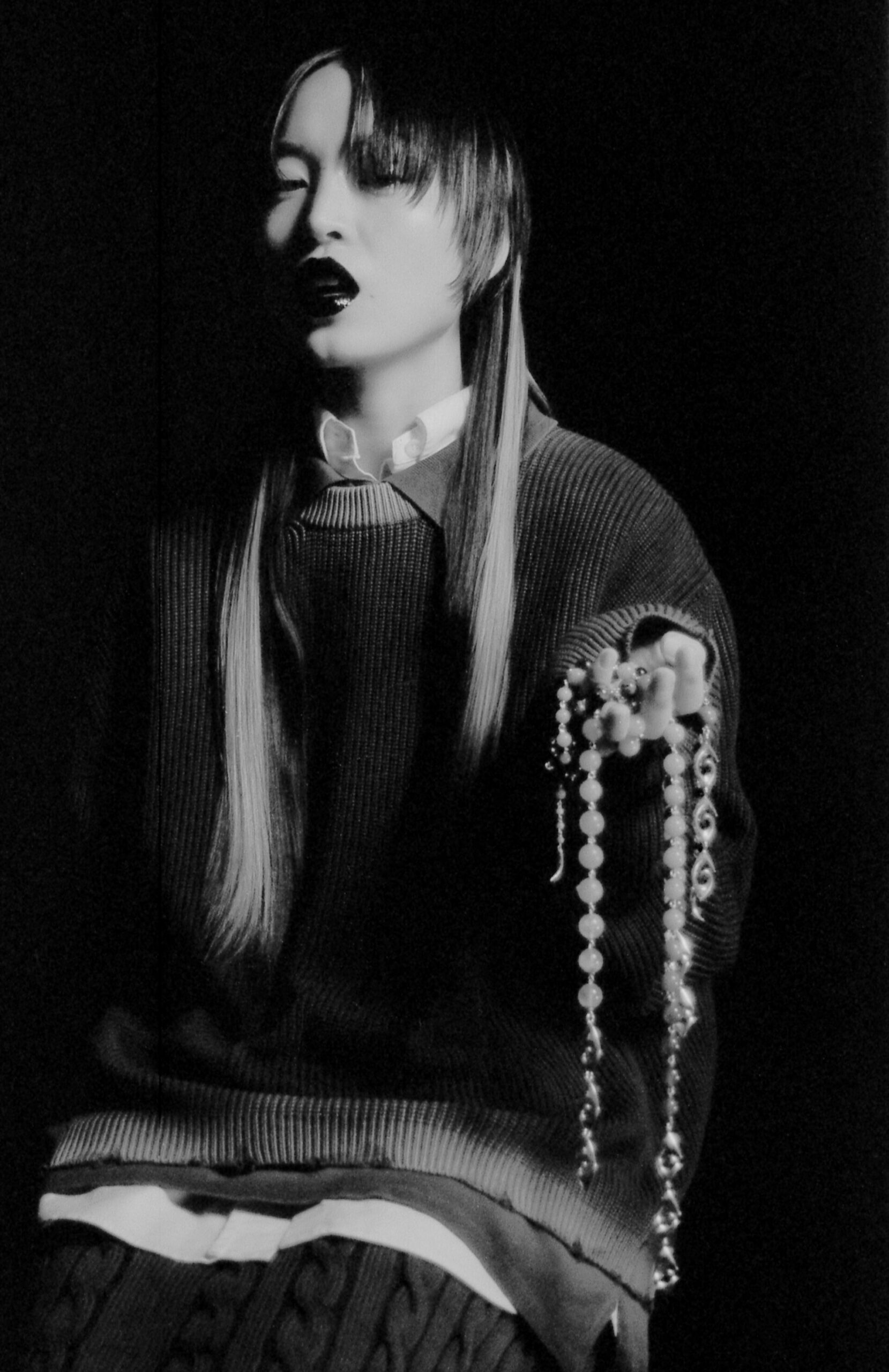 Refusing to fall prey to the fallacy of nostalgic thinking and rosy retrospection, never planning the future by the past and building on sand as if the sand were stone, Pan’s practice is centred around the transient: the fleeting moments creating a balance that is set against the immovable and eternal.

Keeping a deep connection to her past yet ceaselessly pulling away from it, Pan revels in deceleration, focusing on getting lost in the moment in a bid to enlighten the future, cherishing the process rather than merely chasing the end result, fully aware that every wave no matter how forceful it crests, must eventually collapse in itself.

“Noise, with all its seemingly dark, harsh, confronting and opposing layers channeled through the idiosyncratic lens of Pan Daijing, leads to a stillness – a cathartic feeling of salvation and therapeutic enlightenment.”

Like lily pads, round and green, Pan’s explorations first summoned and then held her up. Her soul-exposing raw and interwoven improvisation-based approach not only grounds her work but propels her practice forward onto the next leaf she can land on, thereby confidently yet intuitively traversing across a swamp of doubts and fear. 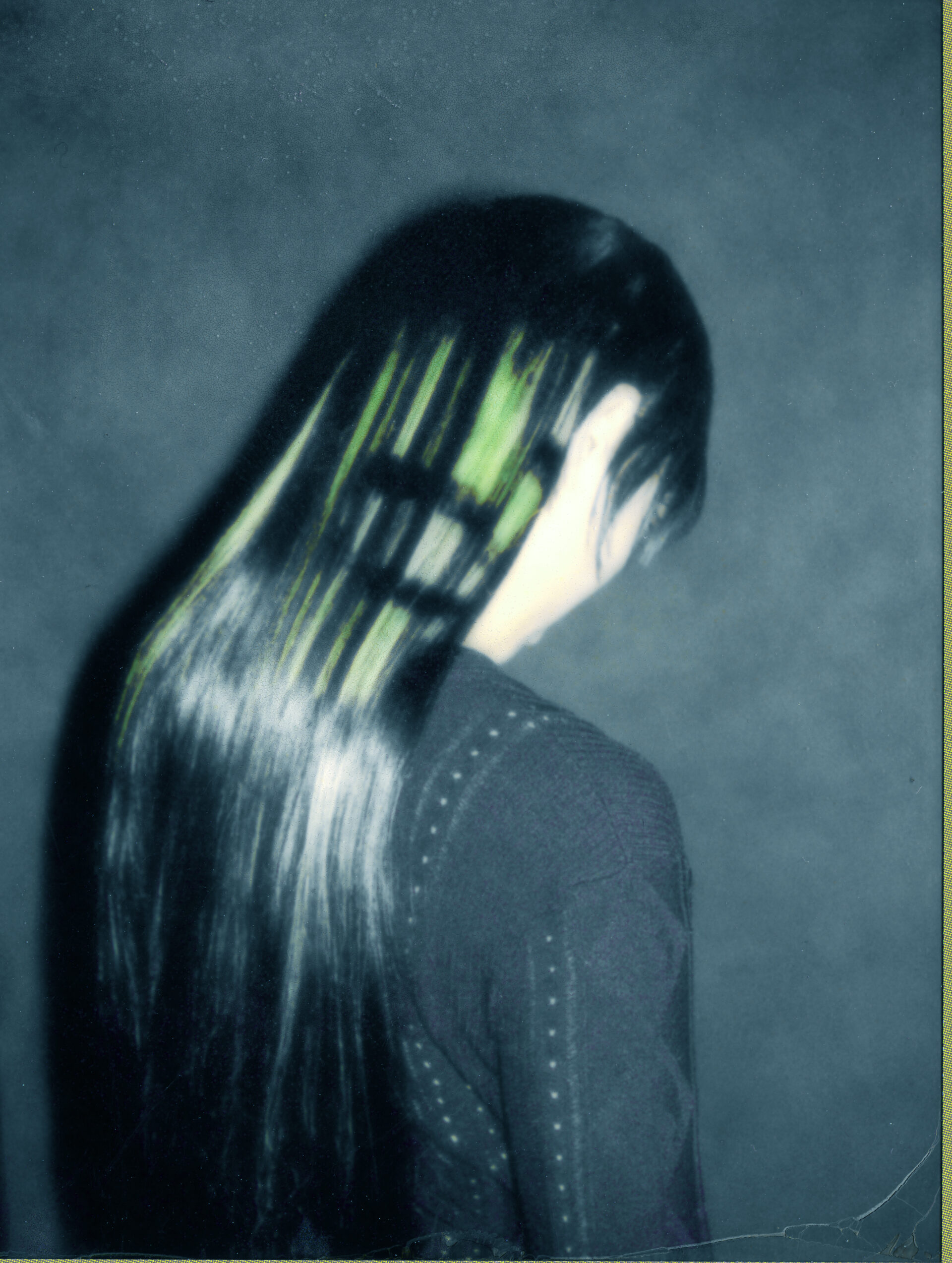 Never not fully present and authentic, Pan Daijing’s art abhors analytical and trained approaches. Instead, Pan innately relies on interaction, communication and reverberations both literally as well as metaphorically.

The result is a veritable perpetuum mobile as it not only culminates in the delivery of an act to a passive audience but actively incorporates the reception of her emissions to further nurture her endeavours.

By creating breathing room with her engaging compositions and by unearthing unruly needs, her intimate explorations overcome claustrophobic dead ends where the subject would just be looking back at her, merely reflecting the self-defeating dream that is isolation. 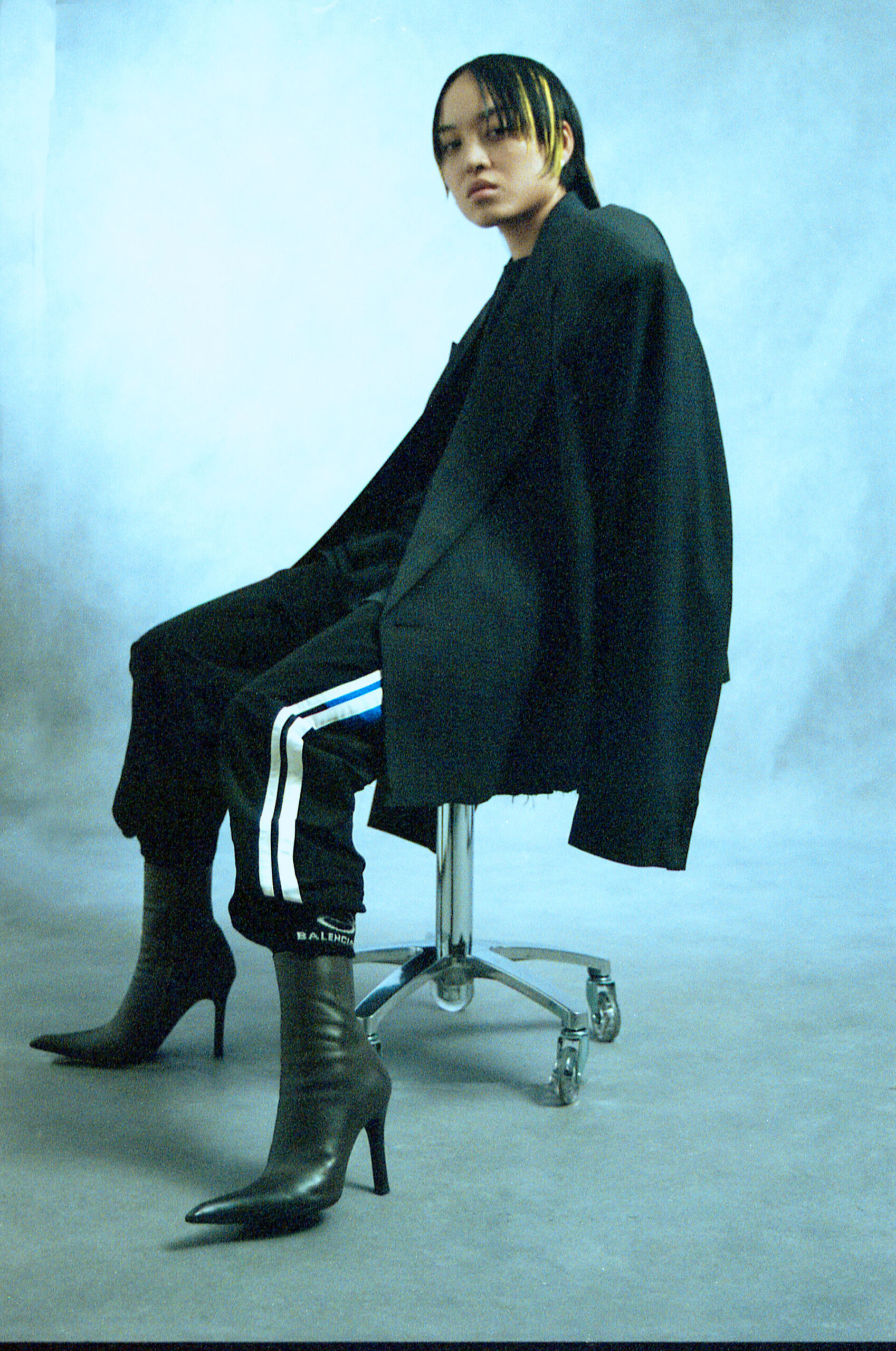 In generating emotions and communicating her innermost through sound, Pan Daijing does not shy away from putting herself out there, modelling behaviour and silently yet powerfully acting out the intangible.

While this dedication to wholeheartedness may allow for many disappointments and at times profound disillusionment, gathering many wounds; her approach ultimately bears the proud emblems of a truly phenomenal experience with the audience benefitting from it through both osmosis and diffusion. 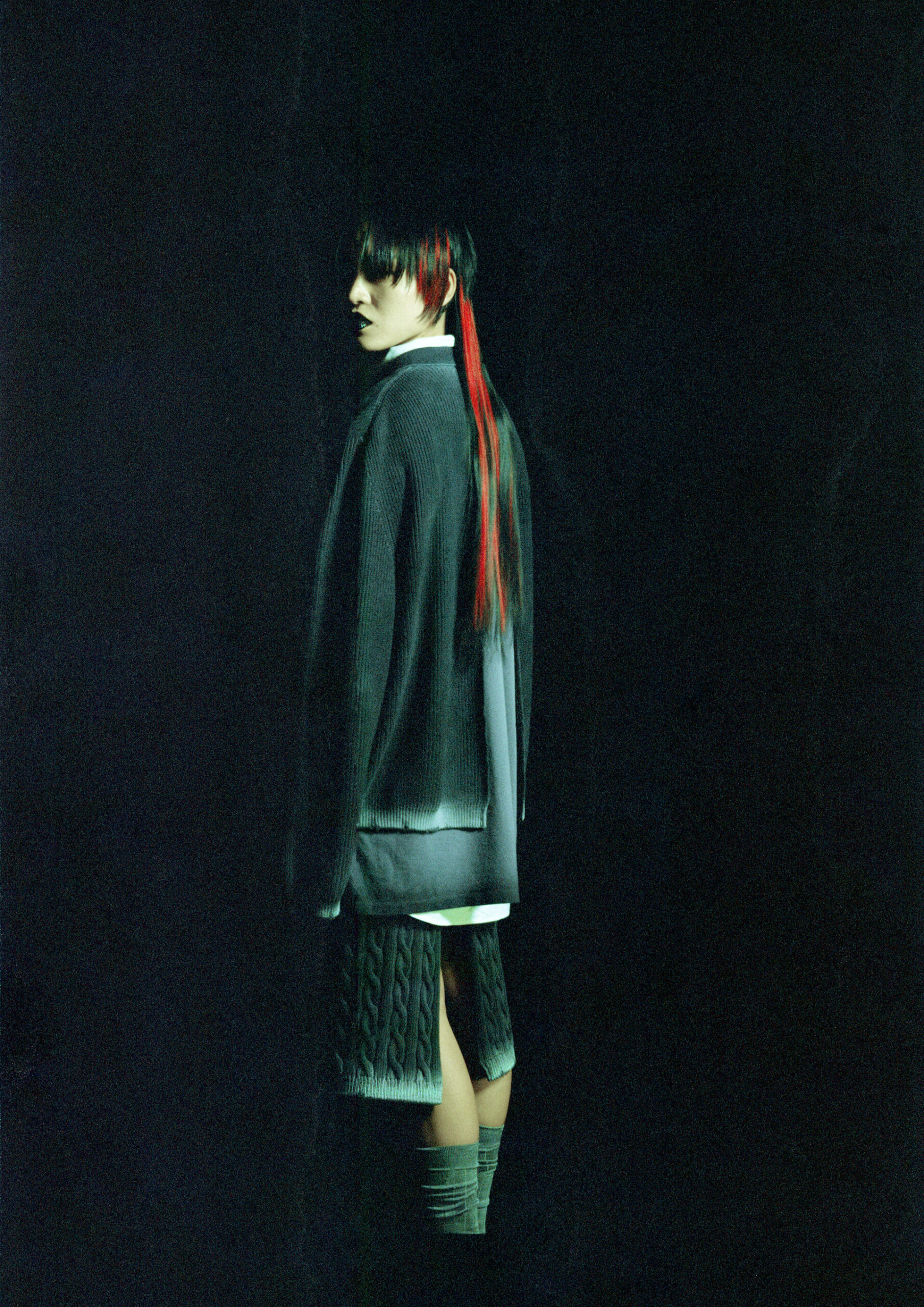 With the notion of “sacrifice” being central to Pan’s oeuvre and serving as her moral authority, the way Pan bestows her art – freely, willingly and devoid of expectations or the need for a quid pro quo – aids in expanding her horizons.

It is this willingness that allows for her world to offer itself to the recipient unmasked. The recipients, who are in turn faced with the absence of force and expectations, are consequently left with no choice than give up all pretense.

With intuition, spontaneity and curiosity having guided both Pan’s artistic processes as well as having refined the way she orchestrates her performances, which earlier on in her career had the charming appeal of her holding court at a house party, her current incarnation sees her not only more patient, but more seasoned, subtle and precise in achieving what she wants to express. 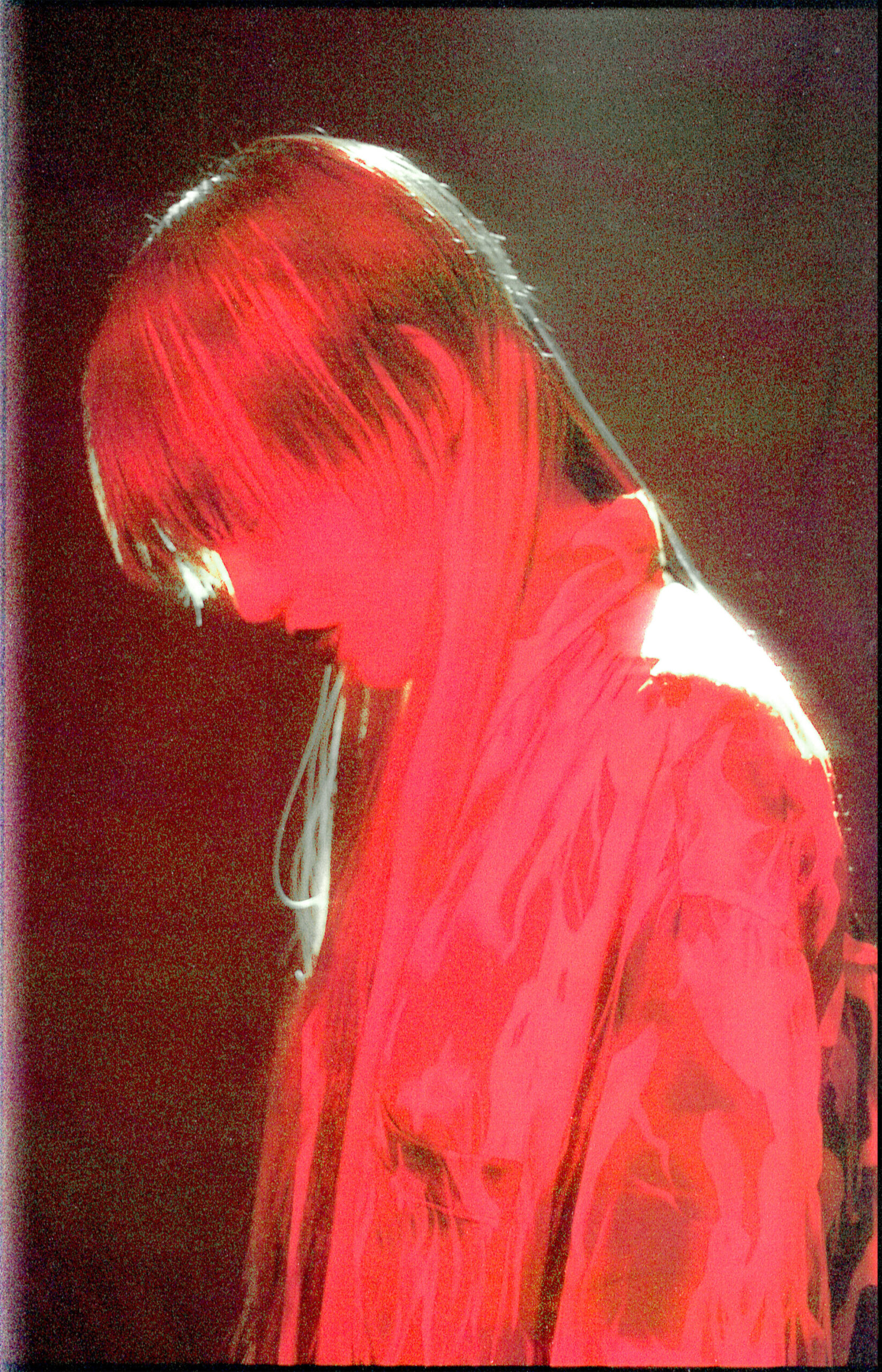 Her experimentations with operatic voices, psychoacoustics and a raw approach toward vocalization only being on-going examples for avenues that she chooses to explore.

Zeroing in on the only corner of the universe that one can be certain of improving, that being knowing thyself and acutely aware of the limiting effects of her own creative comfort zone, Pan consistently fans the inner sparks of possibility to push boundaries, defy labels and categorizations. 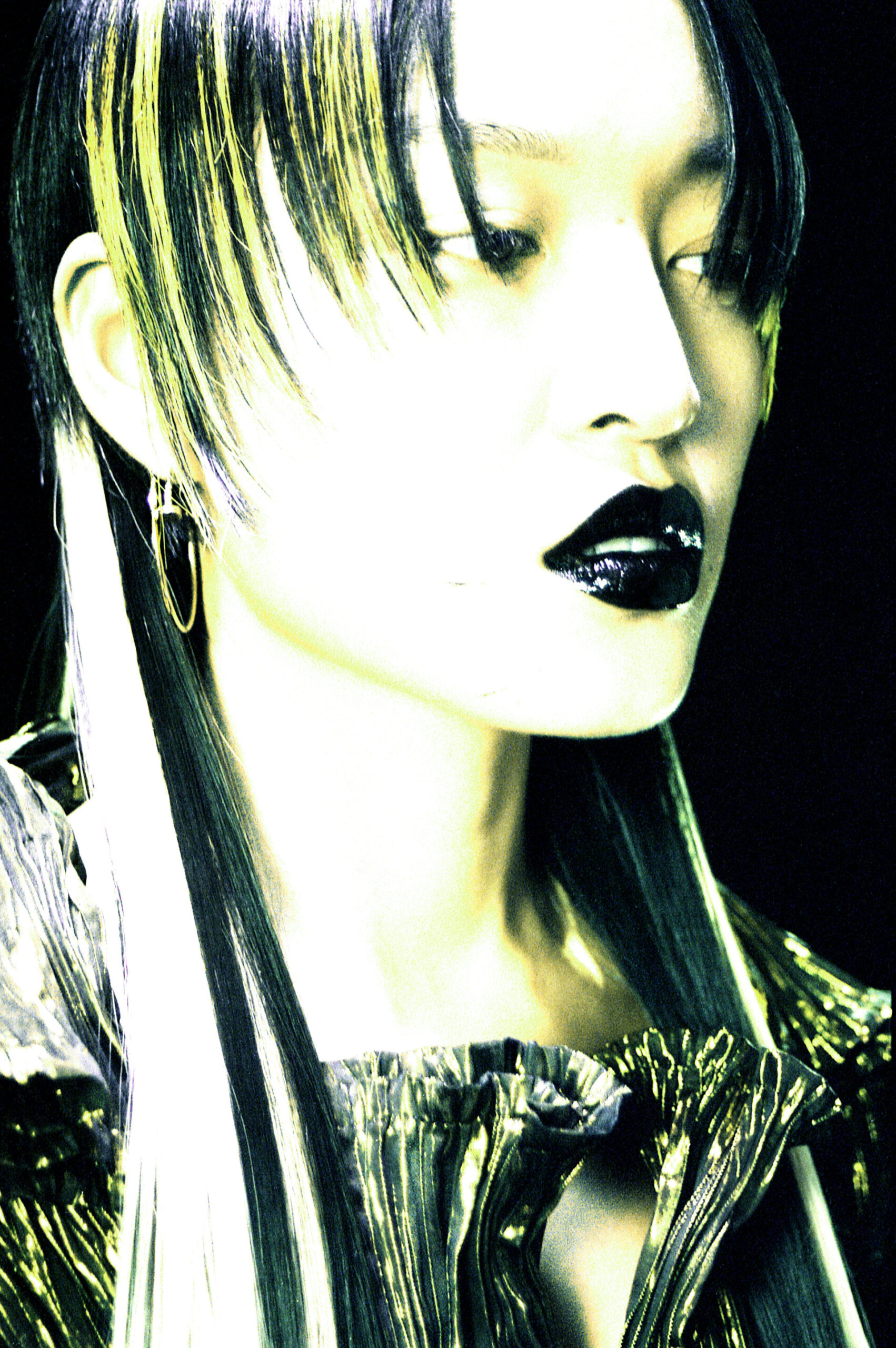 The outcome results in allowing her audience to experience an extrasensory perception of reality. By inducing the imagination of her willing victims, she feeds off the resulting nurturing energy to fuel her intrinsic drive to emotionally, mentally and physically endure the seemingly diametrically opposed extremes she chases after. 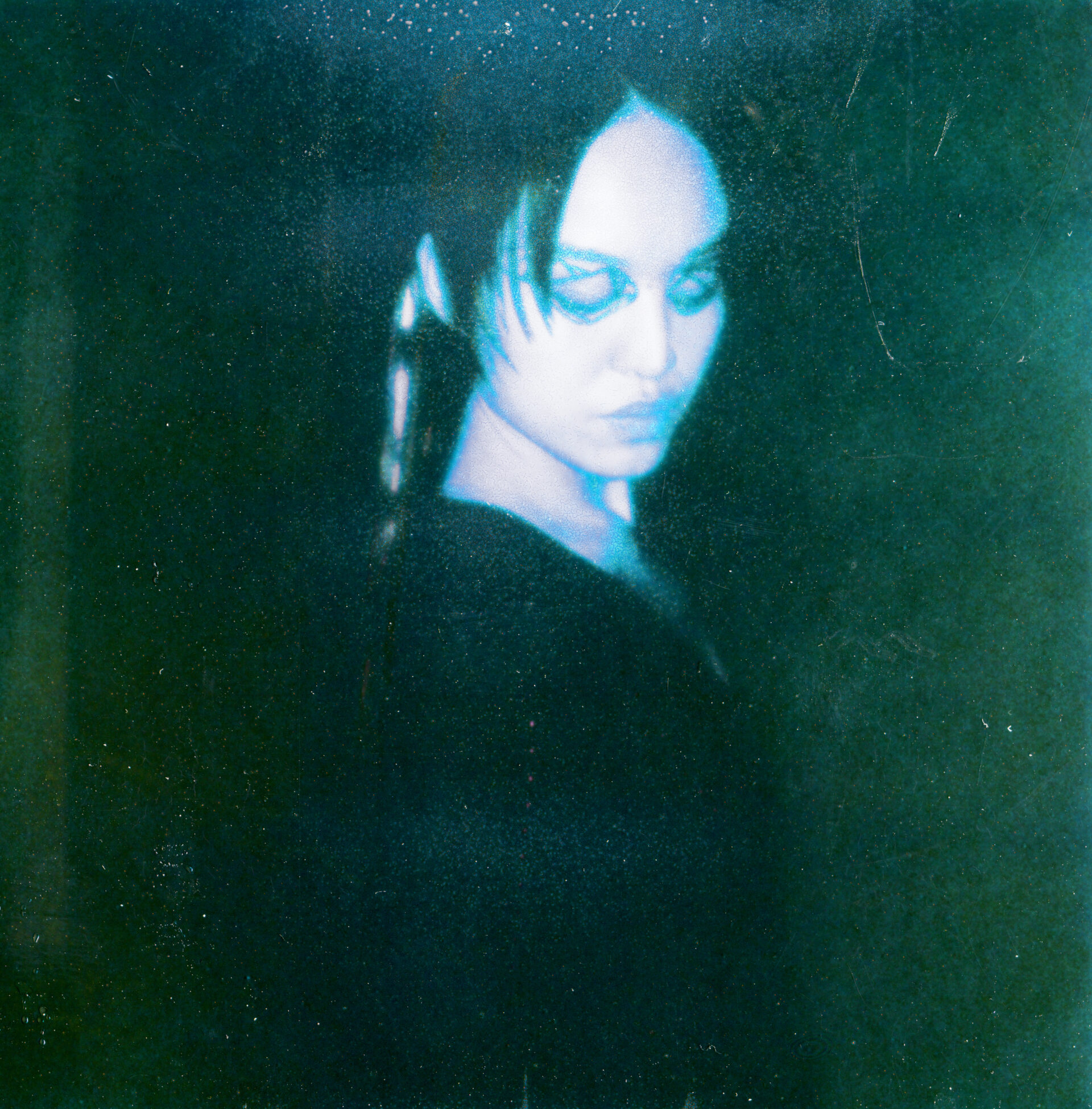 Extremes that ultimately achieve a balance allow us to become more adept at tolerating the abyss that gazes back into all of us.