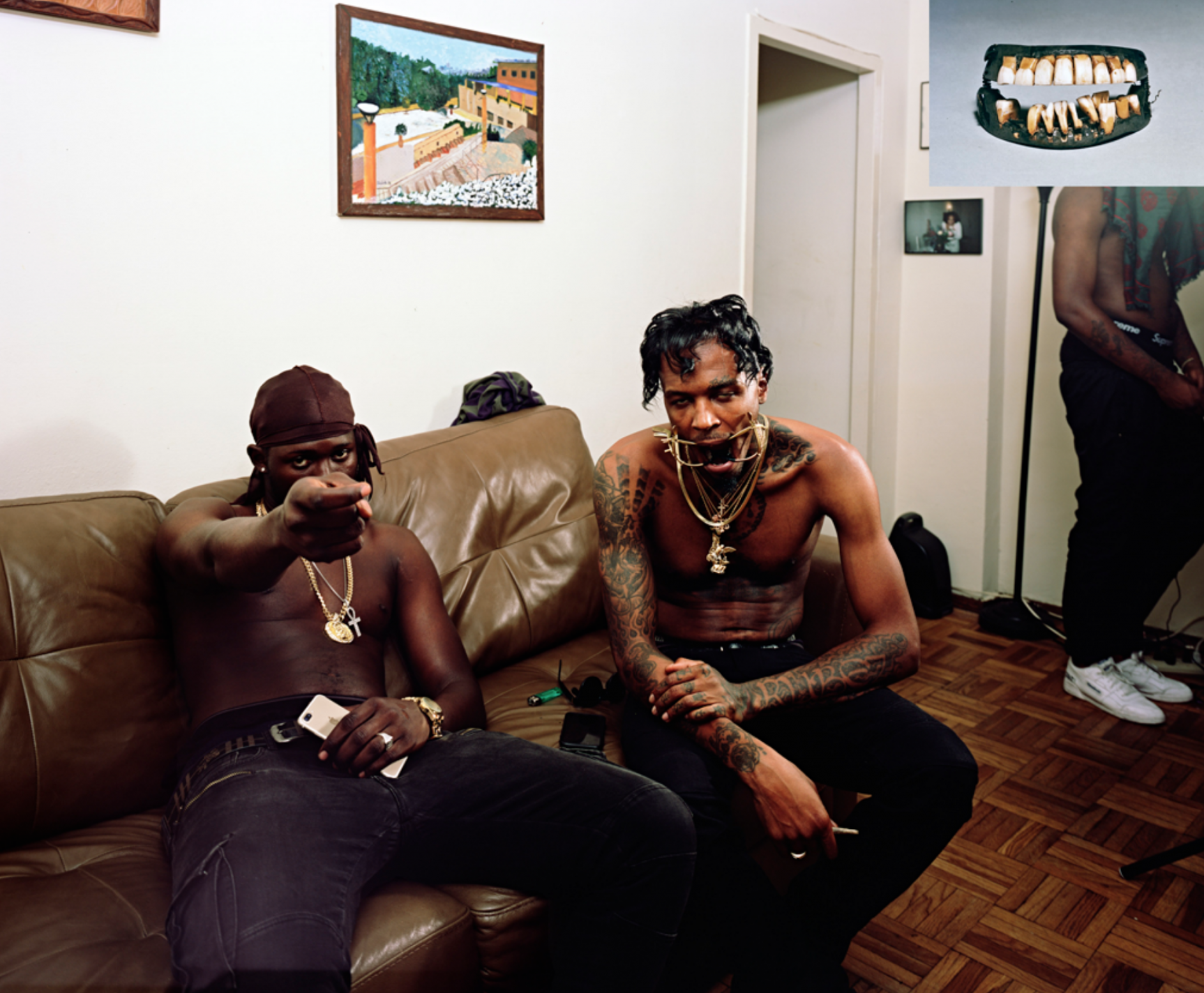 Working closely with her subjects – many of whom strangers – Lawson navigates setting, lighting and form through large-scale photographs capturing scenes rooted in the tangible world yet ultimately resembling dreams, memories and spiritual communication. As Zadie Smith poignantly noted in a 2018 New York article; Lawson’s lens liberates her subjects from the earthly constraints of capitalism and colonialism, transforming them into gods and goddesses. 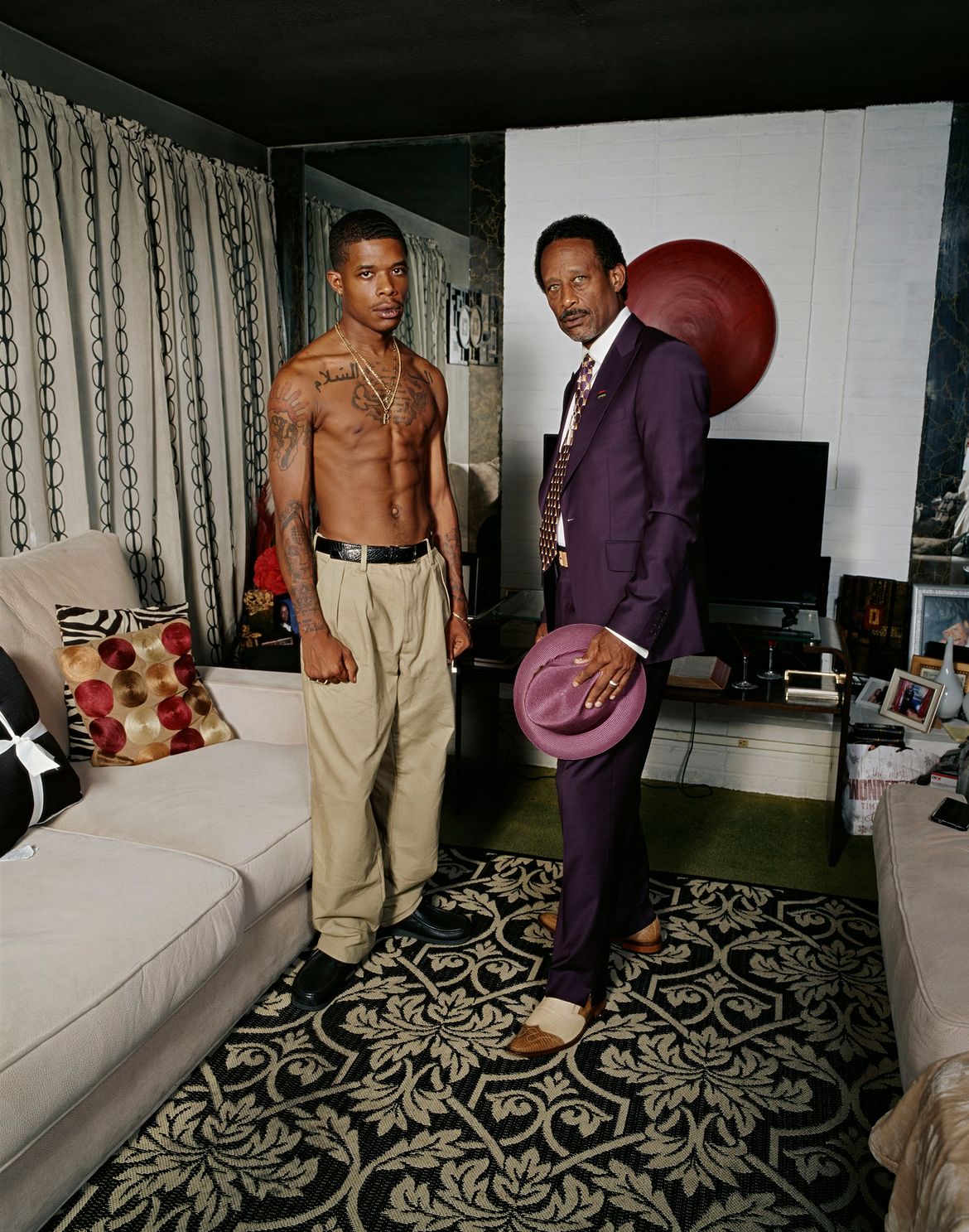 Motifs of portals and orifices are often found hidden in plain sight throughout Lawson’s works. On entrance, a peculiar object sits atop a plinth. Upon closer inspection sits a hologram of a torus, a revolving circle in three-dimensional space, an infinite bagel shape perpetually ouroboros–ing itself. 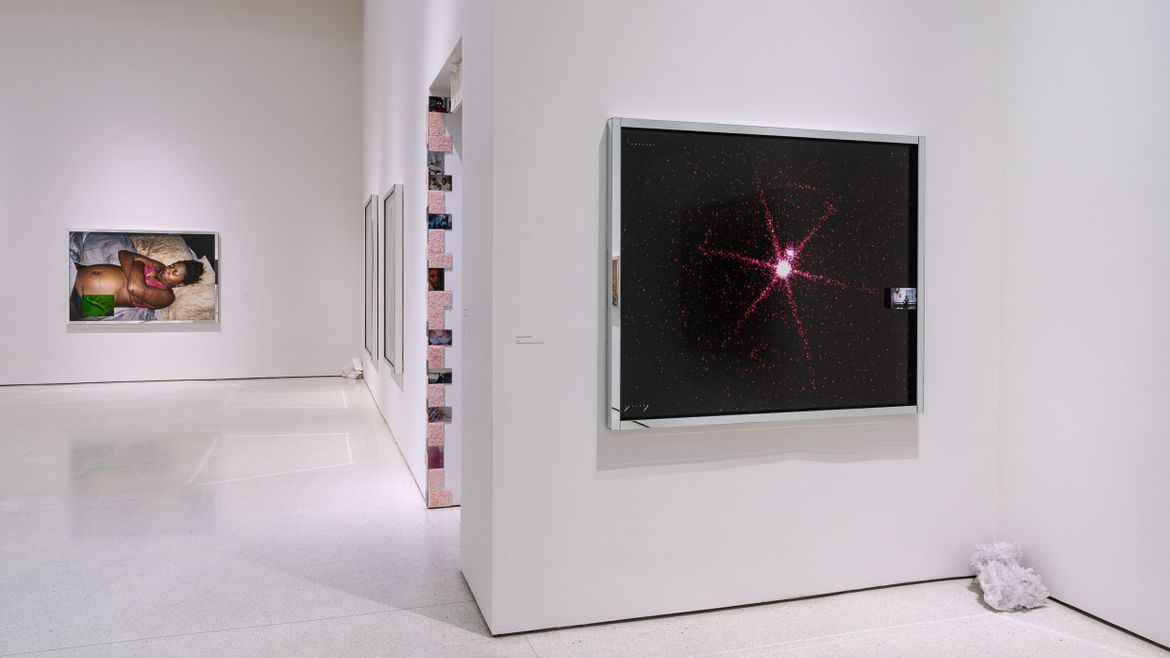 During the installation process, “Lawson spoke about how, in relationship to the photographs surrounding it, [the torus] becomes a force that both draws on and reinforces the power and the potential represented in her subjects,” the curator explained. 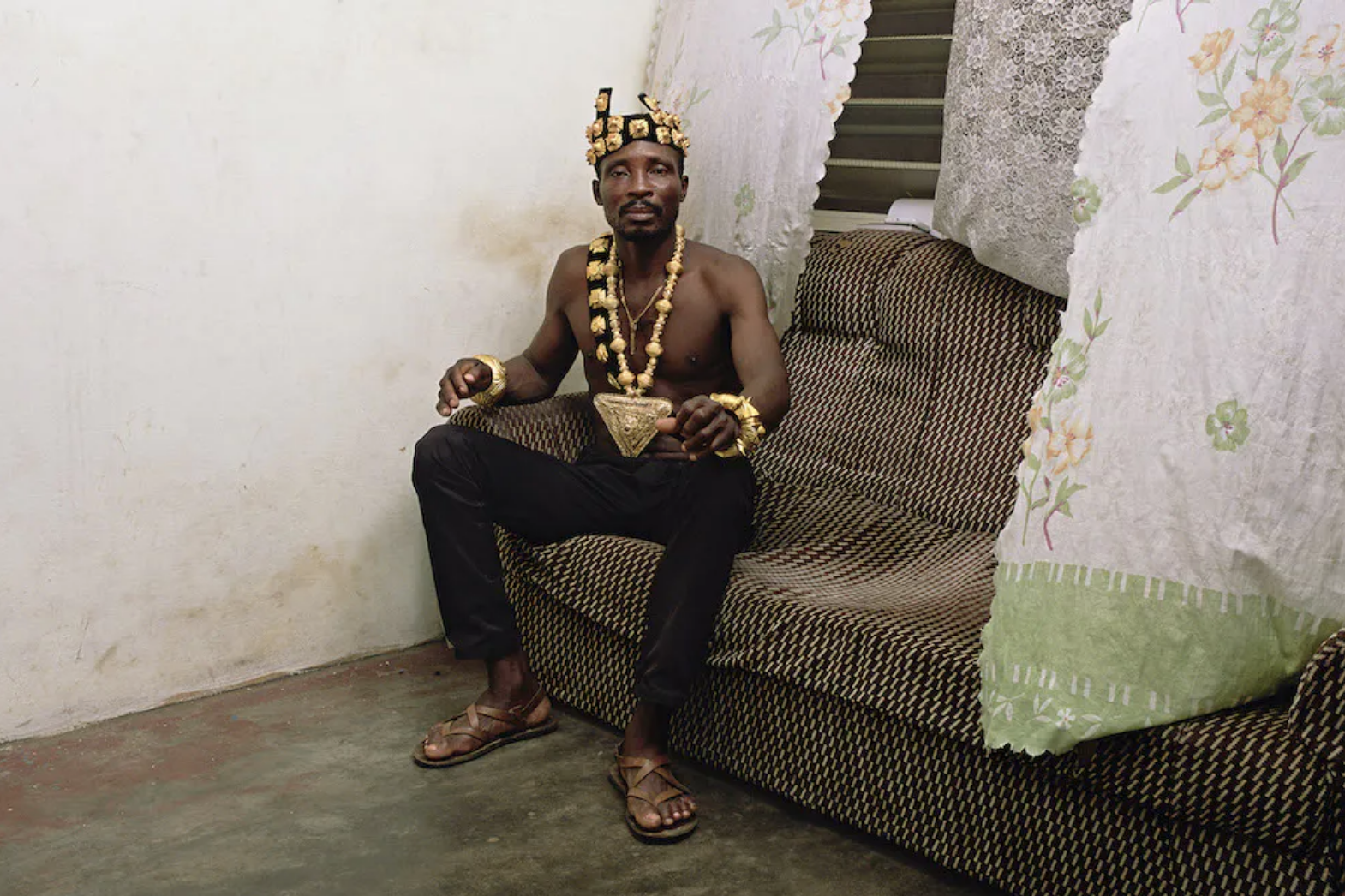 Across the exhibition, Lawson’s subjects are captured in richly textured domestic settings, with strict attention to composition yet thoughtfully candid in nature. As such, Lawson draws to the legacies of documentary photography and historical portraiture, combining the lived experience with imagined narratives.

The exhibition includes works whose production was supported by The Lewis Center for the Arts’ Program in Visual Arts at Princeton University, where Lawson is Professor of Visual Arts. 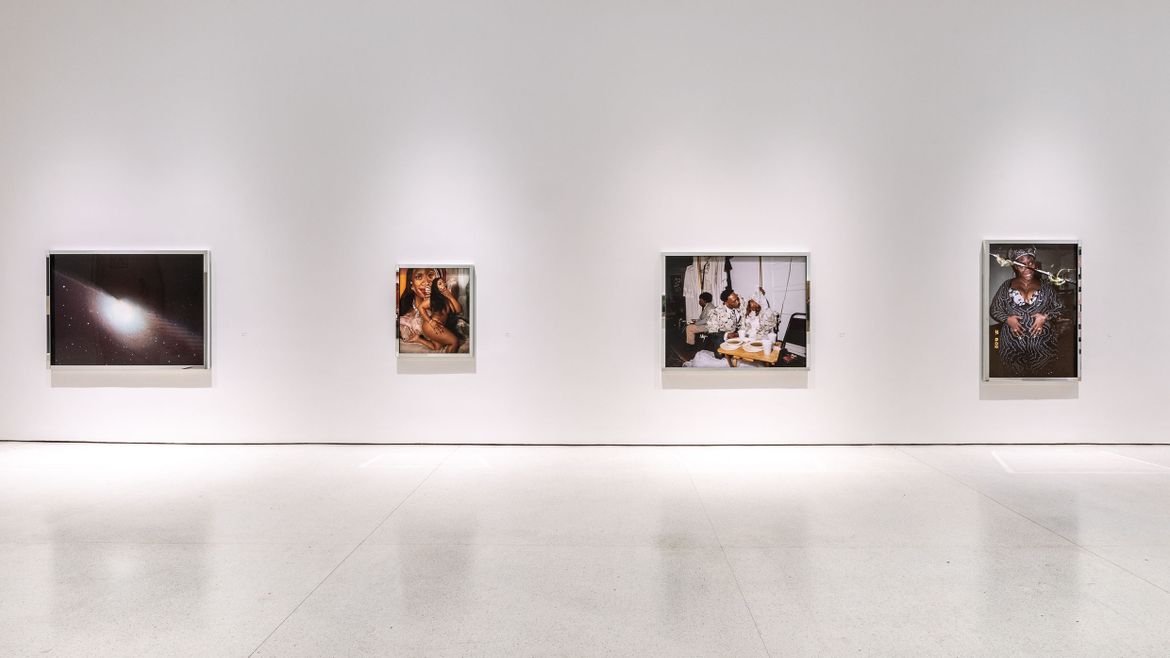 ‘Centropy’ will be on view at the Solomon R. Guggenheim Museum until October 11, 2021.