Joseph Kamaru, clad in a dark brown shirt, sits at a desk in a hotel room, looking into his laptop. Faded mint curtains, a lampshade and off-white walls close in to suggest the smallness of his space. Zoom’s noise-cancelling feature silences a busy London evening to match the mood of our imminent chat.

Kamaru is calm, a familiar quality present in his music. For the past six years, working primarily under his alias KMRU, he has been embedding the sounds of everyday life into a deeply layered ambient flow. His earlier works represent a more upbeat tone, but his 2020 album Peel marked a definite musical breakthrough. Peel contains timbre and texture; it is shapeless, ambiguous and almost ominous. However, even in purgatory, the album’s rich and maximalist nature is able to impose tranquillity. The record transforms to take the shape of its immediate environment. When playing out of a speaker in the kitchen, it is expansive and distant. At a desk, during a workday, the resonance fills every square inch of the room. In the languor of a bedroom, sounds blur with flooding uncertainty as to where the music stops, and reality begins. The product’s obfuscated origins bring comfort, even in obscurity.

Kamaru’s family background is rooted in music. His grandfather and namesake, Joseph Kamaru, was a Kenyan benga and gospel musician whose work exposed the struggles of post-colonial Kenya. While Kamaru’s music may not appear overtly political, he still shares these same beliefs. “I strongly maintain that music and sound should provoke discourse even if it is not about a major cause.” Alongside his traditional musical work, Kamaru’s practice has explored various themes, including environmental discourse in his ‘waste(s)’ installation and the sonic concept of decayed time in ‘imperceptible, perceptible’. 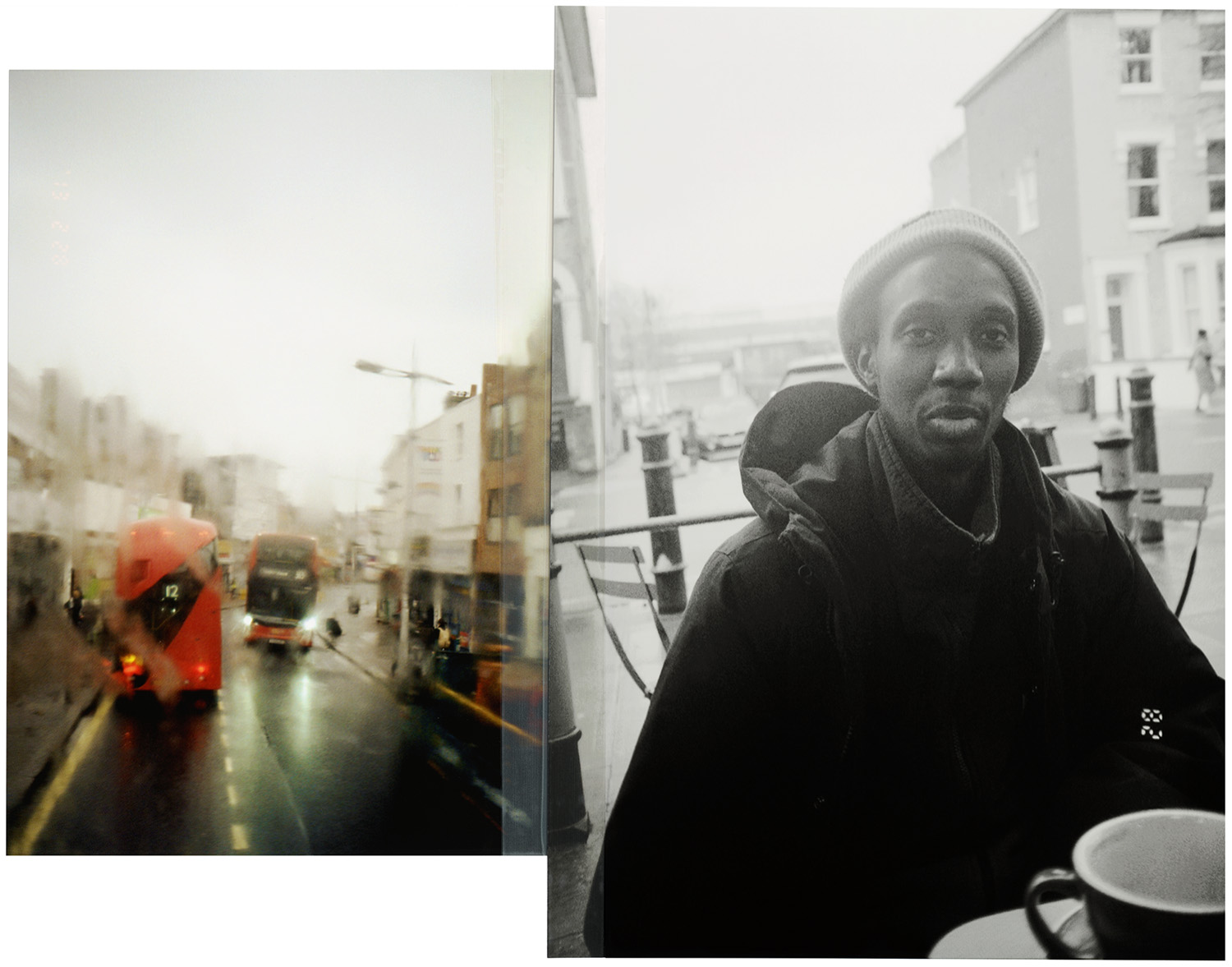 Dissecting the cause-effect relationship of the physical realm, Kamaru’s work lets frequencies determine the story. His process is intuitive, and his field recordings usually come first. After purchasing a zoom recorder, he realised he could use the microphone as a new tool, and so he did. These subsequent field recordings altered the way he thought about sound generally, not just in a musical context. Although, it wasn’t until he moved out of Nairobi’s city centre that he began to hear more clearly. “The way I used my recorder changed,” he says. “I was able to separate distinct sounds because the noise levels weren’t bombarded by those of a bustling city” Through this, he became acutely aware of slowness, listening more accurately and being present – the core values of his practice.

Combining experimental electronic improvisations, synthesisers and field recordings, Kamaru’s ambient contextual music is a collection of chaotic noise, exploring the relationship between listening and sound. Ultimately, he depicts an intimately personal yet interpretative musical landscape. For him, it is essential to convey the importance of ‘listening’. “After I started engaging with my surroundings through my field-recording practice,” he explains. “I realised that not enough people pay attention to what is happening around them.”

Kamaru is reflective and intense with his practice. When attending electronic music events, we are often accustomed to the light shows that accompany them, but Kamaru tells me he prefers to submit to the sound. “When I play, the lighting or presence of the performer isn’t very dominant. The sound is the focus. I made an installation for university once where I placed noisy sounds into a very dark room. It was a spatial audio piece to hide the visual sense and heighten the listener’s hearing. This helps them orient themselves through sound only.” 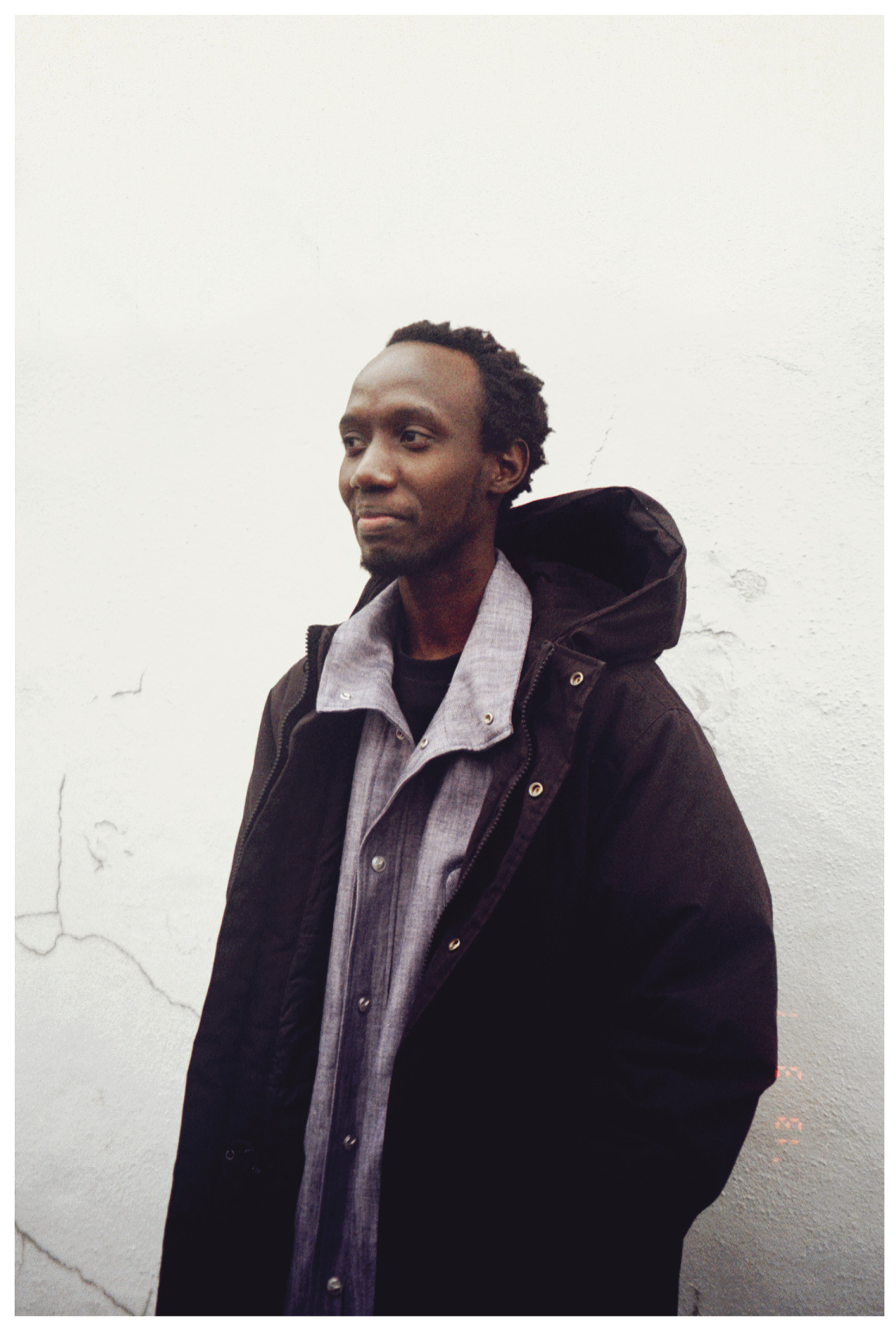 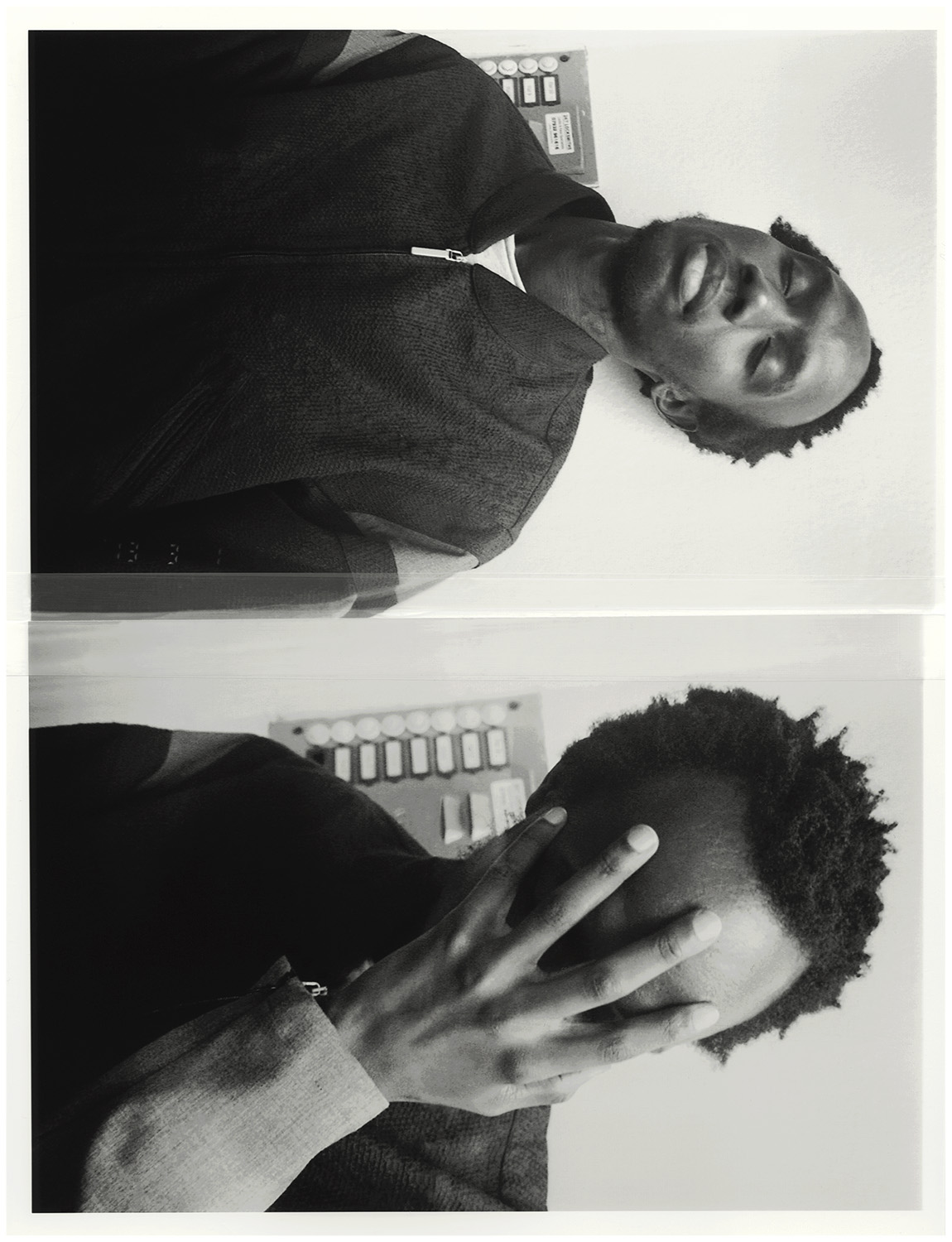 As an artist, Kamaru uses sound to observe the way people, objects and ideas interact with space. He recalls his first performance in 2021 after lockdown restrictions were lifted –  at the Basilica in Barcelona. “It was breathtaking to witness the way the audience perceived my music,” he says. “It was my first time officially playing at a church. There were 500 people, and my local friend told me that people in Barcelona wouldn’t really be keen on listening to ambient music for an hour. But, while I was playing, I felt an engagement with the audience. As a performer, you can feel when there’s a type of ‘oneness’ with the audience, because sometimes it’s not there. When it’s not, you become conscious of time, like “Oh, I have 30 minutes left.” But when it’s there, just like with this performance, you’re not even thinking about time. It just happens, and you finish when it feels right. I felt like I was losing the concept of time and finding myself in the performance.”

Since his ambient debut album Peel, Kamaru has worked on various projects, including DJing with the London Contemporary Orchestra at the Barbican’s 24-hour marathon concert in January 2022. Kamaru played thisthree hour set with range and depth. He started the first hour with a fixed mix of Peel, accompanied by the orchestra’s ethereal string work. Halfway through, in the second hour, he was left alone to perform Peel again but more improvised this time, with warping synths, organic conceptions and, of course, field recordings. Kamaru regards this as one of his best performances yet. “Whenever I play or compose long-durational music, there’s a sense of timelessness and non-linearity I adhere to,” he shares. “I think that was very well translated through this three-hour set that I wasn’t even sure I could play.”

The future is noisy for Kamaru. His upcoming album is concerned with the loudness and noise emanating in and out of music. Portraying the dichotomy between noise and silence, his album will heavily border on distortion sound sonority. As of February 2022, Kamaru has released a new record titled there was nothing in between, and is touring the UK with American indie rock band Big Thief before embarking on his solo tour around Europe.

Kamaru’s music is experimental in the most literal sense of the term. He wants to show us the necessity of listening, being and slowing down. For Kamaru, the beauty lies in the process, not the end result. He believes a sense of “otherness” or spirit comes with music. During his performances, music is played through huge speakers, igniting an aura that washes over the audience. This sense of physicality brings the audience to different states. “People always tell me this, that my music ‘took them somewhere’. I’m not sure where they went,” he laughs, “but it is interesting to hear and see how people can react to sounds.” 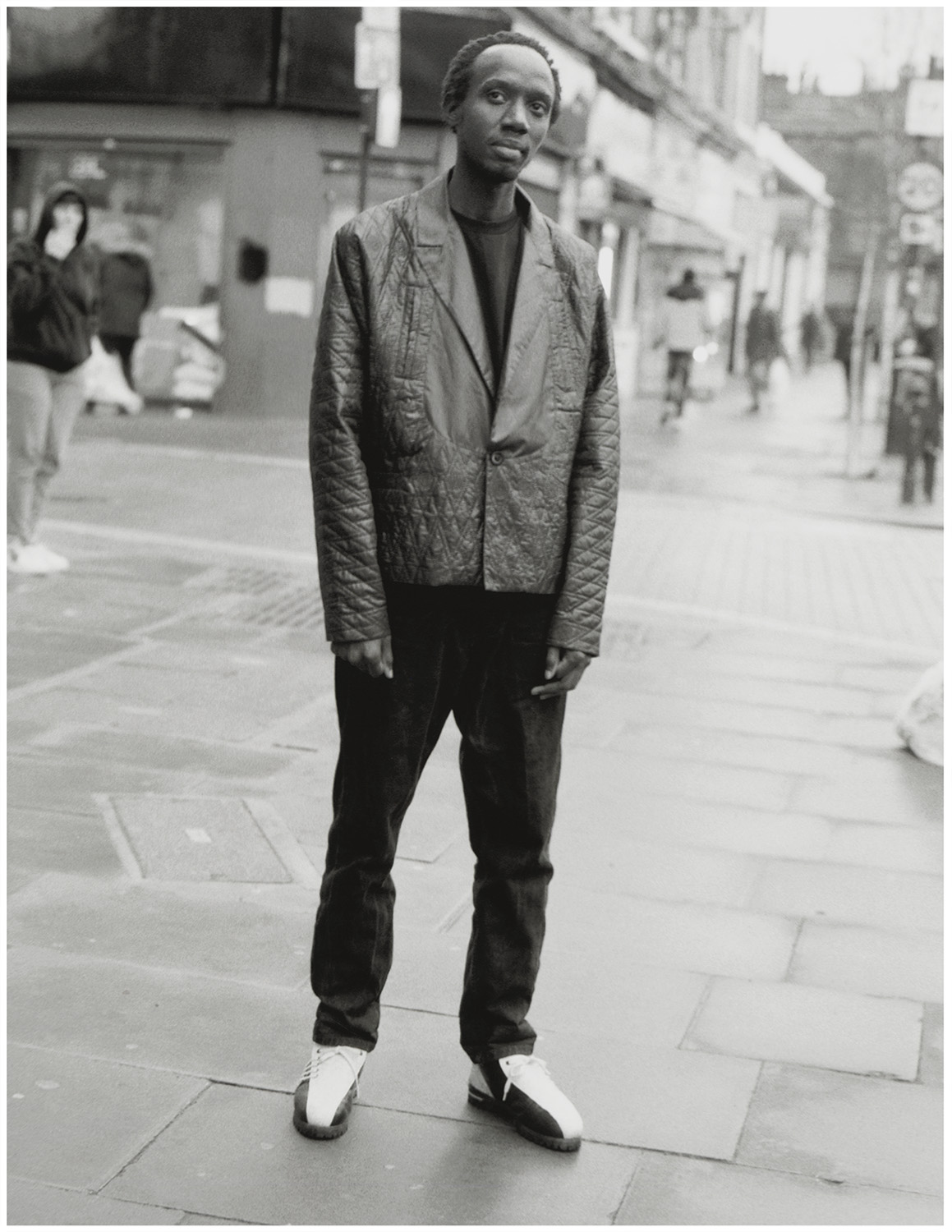