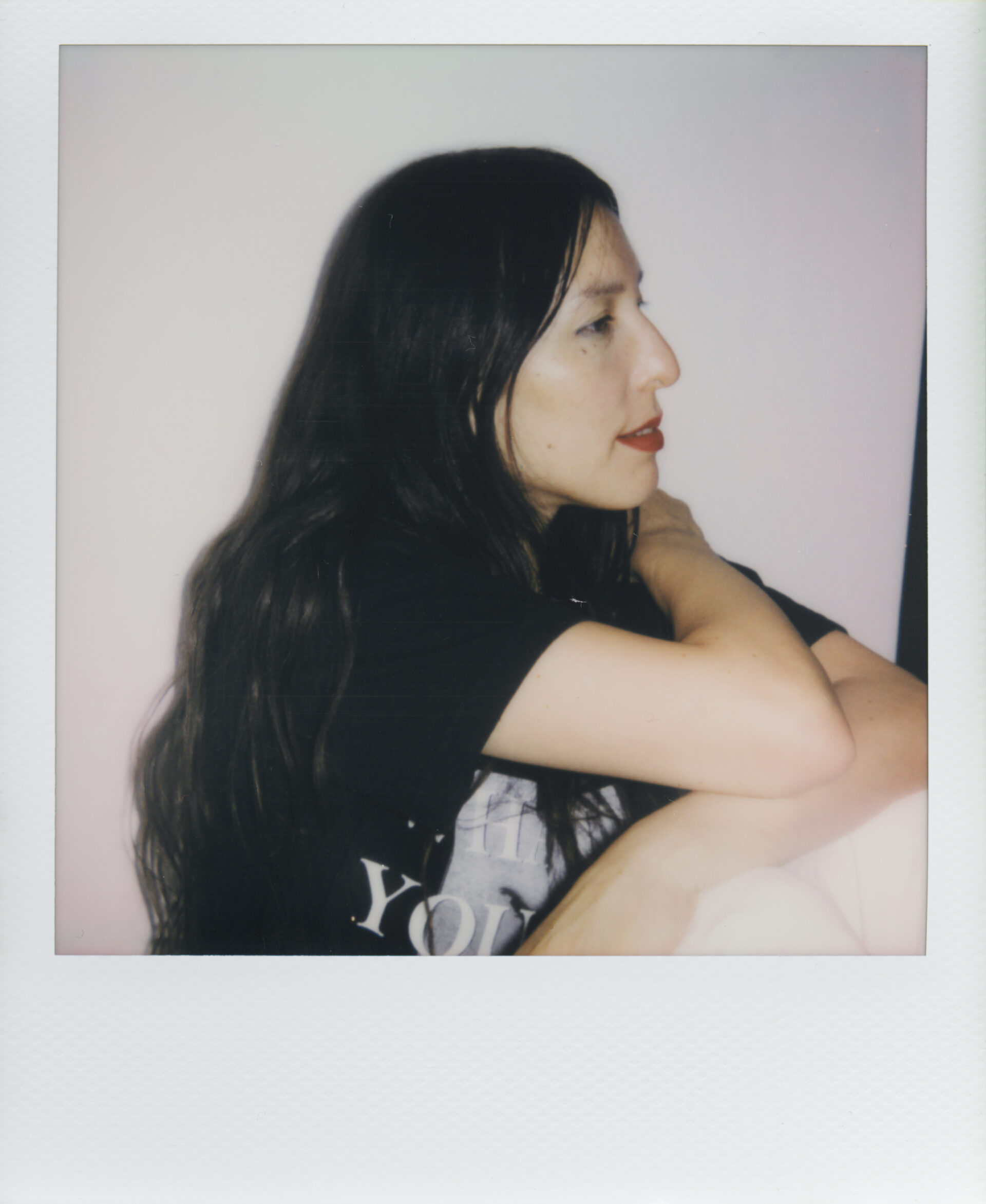 New York-based musician and producer Nicky Mao is the force behind experimental electronic moniker, Hiro Kone. Since she began manifesting her project in the late 2000s, Mao has moulded her craft around ideas navigating the political, spiritual and technological.

“I have been thinking a lot about how current technical systems are preventing our expression of will and what we are left with is a fragmentary sense of existence,” the musician tells me as we chat, getting straight into the philosophical concerns at the heart of her practice.

“The incomprehensibility of our times, faltering mutuality, diminishing worlds, a lack of growth in transgenerational experience – all these lead to an unbearable psychic weight and an inability to conceive of new forms of life together.”

Mao’s music permeates the spaces of dance, yet at the same time harnesses a deeper narrative of ideological escapism and technological freedom. “Tech companies are not benevolent actors; we have to remember that first and foremost,” Mao says. “They will take everything if they can and call it progress. Their messaging can be very convincing to the public and we have to be more careful of that.” She continues, “I think one way is by pushing back on legislation that continues to give them carte blanche. Not allowing them to grow and become monopolies.”

Having come up through the various layers of the New York music scene over the decades, Mao speaks to the paradigm shift in the city over time, and the intrinsic state of change inherent to New York. “I think there’s something about the city that is always going to surprise you, and it’s why people end up staying.” she offers. “Things were a little more limited before and those constraints could create interesting and dynamic ecosystems – but the music scene continues to grow and thrive and I think for all its challenges, New York is a giving place creatively. One of the things I love about it is the incredible range of music you can see at just a single show. I think this is very unique in a way, and a testament to the diversity of the scene.”

Mao’s work is textured by projects and ongoing collaborators the likes of Drew McDowall of Coil, punk renegade Little Annie and, most recently, Palestinian hip hop artist Muqata’a, who features on Hiro Kone’s latest release, Silvercoat the Throng (2021). “Being able to collaborate with people during that time [lockdown] felt especially vital, given the immense isolation we all felt. I’d always known I’d wanted to work with Muqata’a and it felt like the right moment.” 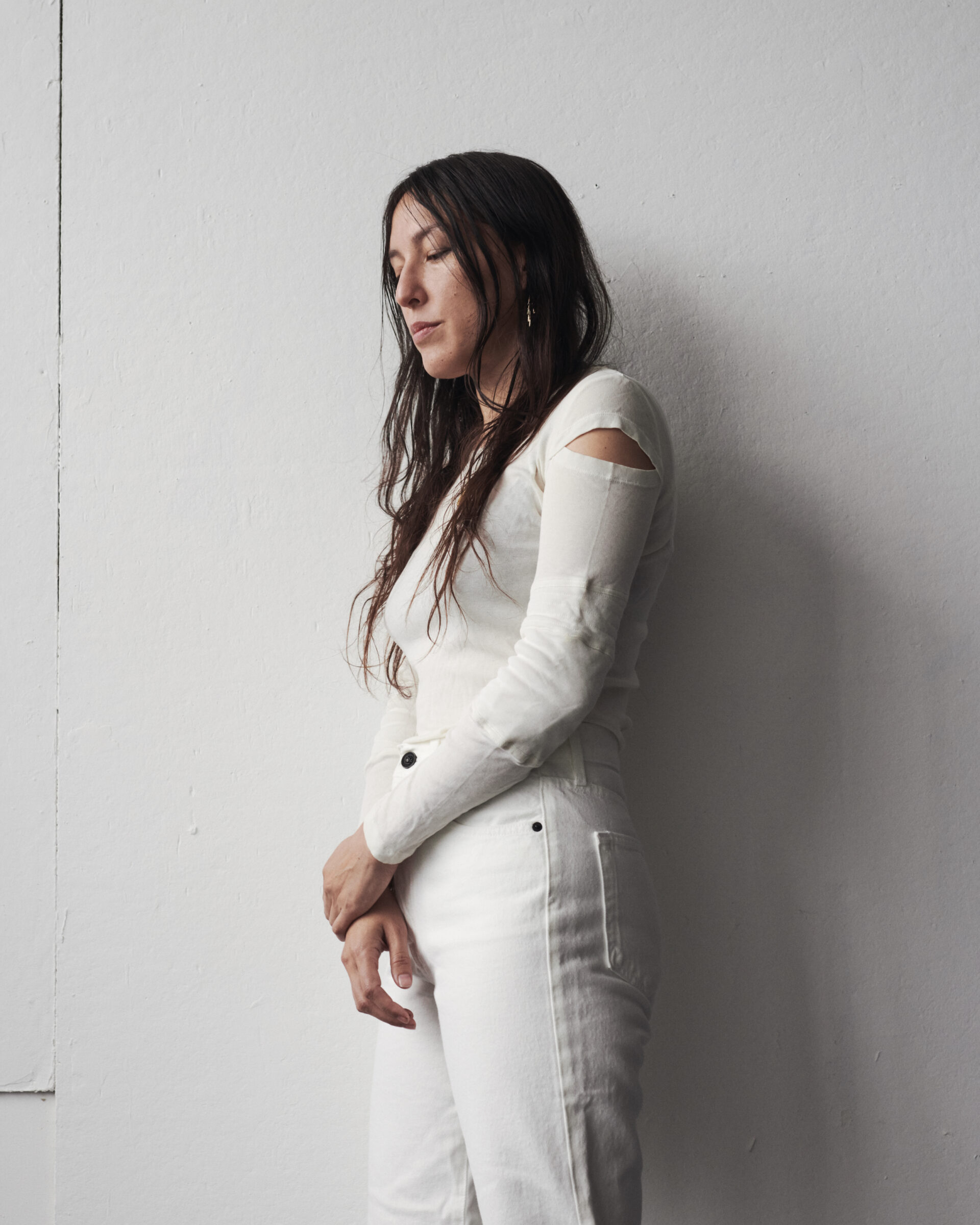 Despite coming from alternating ends of the musical spectrum, the two share a strong alignment in this release. “It really was a synergy, what philosopher Isabelle Stengers calls ‘reciprocal capture,’ when two forces come together and find new, interesting things to do together. Neither force absorbs the other or forces the other to bow down. Collaboration through music teaches us larger lessons about the world around us.” Mao notes that all of her collaborative experiences have been educational and experimental. “I’ve had such good fortune in working with all of these artists.”

Resisting the urge to fill space is a guiding factor throughout Mao’s work. This is particularly relevant in today’s tech age, in the face of amplified social media engagement and the new psychographic that parallels it. A technological Stockholm syndrome of sorts.

“In a time where people are more vulnerable than ever, I don’t trust that our government or corporations will not take advantage of that,” Mao says. “I do have a tendency to move in the opposite direction of what seems like popular norms. Not because I’m a contrarian but because a lot of my experience has been in reading between the lines and considering what is left out of the narrative. A practice in deep listening, I suppose.”

Mao’s upbringing as an only child may have influenced this tendency. “Spending so much time alone, I developed a practice of deep listening early on. I think it lends itself to my approach as a composer and the layers of sound that I work with. Music was the language that I felt most comfortable communicating with. I have a lot to say, but I don’t always have the words, you know?”

I first came across Hiro Kone a couple of years back when I heard her album Pure Expenditure (2018). I was living in Paris at the time and hanging around a very musically well-versed group who introduced me to New York/LA’s Dais Records, the label that Pure Expenditure debuted on. Since then, Mao’s sound has been one I continue to hunt for in musical acquisitions. Because it is so politically charged with a strong texture of spiritual and psychological uplift, Hiro Kone is an artist I always come back to, despite shifts in context.

This political imperative has led Mao to have consistent involvement in recent years with a series of Palestinian aid compilations, including Never A Land Without People (2018) and Al Gharib’s Palestine (2020). “It’s one way to show support and solidarity, and I hope it inspires others to do the same.”

“I feel a deep responsibility to do so, especially because I am from the US, the largest supplier of military equipment and aid to the Israeli government. The displacement, apartheid, violence and erasure enacted upon the Palestinian people is one of the biggest crimes of our lifetime. I really feel that history will not look kindly back on those who stood in the way of justice for the Palestinian people – and that we will prevail against the settler colonial state of Israel. I see this in the growing support for the BDS movement over the past few years and how people are pushing back on previous narratives.”

Looking towards the future, Mao has a lot on the horizon. “Right now I’m really excited because I’m wrapping up the first EP for Enxin/Onyx, my band with Tommi from group A. I’m also really looking forward to our live debut later in the year. Other than that, I’m heading to Malmö in mid-March to do a residency at Inkonst and from there I’ll be playing shows all of April in the UK and Europe.”