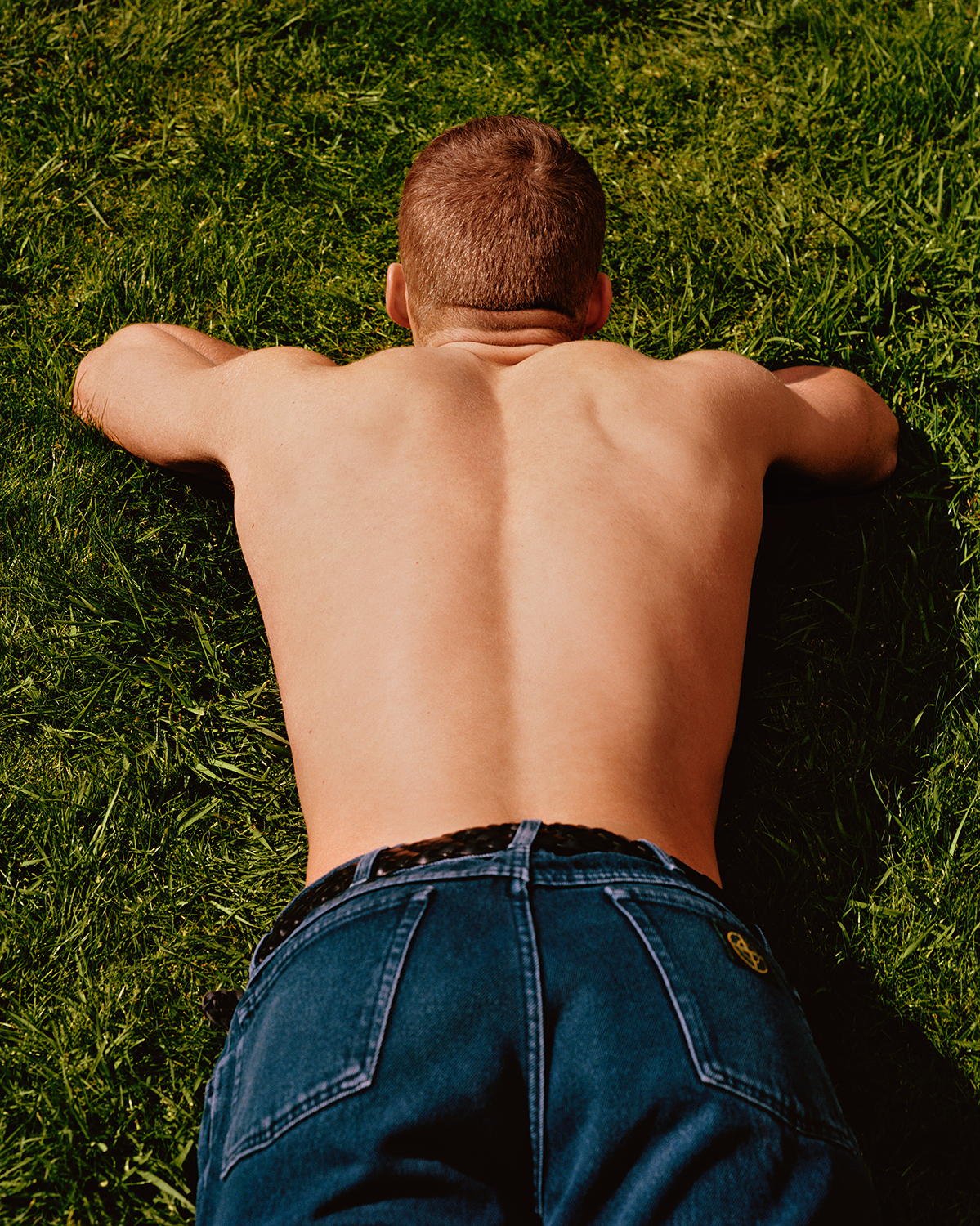 Alasdair McLellan: What You See is What You Get

Alasdair McLellan is a revered fashion photographer, with editorial work and campaigns spanning brands such as Miu Miu, Calvin Klein, Burberry, Margaret Howell and Palace. With his work sprinkled across most fashion magazines to hit a stand – and having shot the cover for Adele’s album 25 – McLellan precedes his introduction.

Alasdair McLellan has made his claim to fame with simplicity. Which isn’t to say that his work isn’t complex. It’s just that his charm and candidness are so unlike the glitz and glam that pervade the fashion industry.

McLellan grew up in Doncaster, a town in South Yorkshire, England, humble beginnings that tell us a lot about how and why his work is the way it is. This is a place where masculinity is boisterous and impetus is based on which football club you might support. His passion for an industry largely deemed ‘effeminate’ was not the norm.

“Doncaster … wasn’t cool like Manchester or Sheffield, where they were into more indie stuff. Most of the time the nightclubs were townie and they played music from the charts, so you had a lot of people into mainstream, pop stuff. But dance music would cross over, and I got into photography through DJing with my friend at a youth club [laughs].

“My dad’s friend had a bar in town, and we ended up getting a job DJing at that bar. I used to look at record covers and think, ‘Who took that photo?’

“I would look at The Face and i-D Magazine – well, not i-D so much because it kind of wasn’t around in our town. Then I did my GCSE art class, and I thought, ‘Well, I’ll just do photography for it’.

“In college my only access [to the fashion industry] was through magazines … I looked at that world and knew what they were up to. When I was growing up Bruce Weber and Herb Ritts and people like that were really influential. You couldn’t avoid their imagery for Calvin Klein … it seemed otherworldly.

“But when I was looking at The Face and i-D, it was a lot more of David Sims’ work and because it was English, I could identify with it. They had a lot of models that were not your typical models.”

After a three-year photography course in Nottingham that “got the bad photos out of [his] system,” McLellan would later “find the guts” to go be in London – and have London, somewhat, in him.

McLellan’s photographic style flourished into a brand known for its honesty and quintessential British flair, which perhaps wasn’t as popular in the fashion industry of the ’90s. He inserted humanity into an industry oversaturated with Americanised superficiality and hyper-consumerism.

He went on to bring his style onto the pages of i-D and, in a not-too-distant future, began his rodeo through a plethora of fashion magazines the likes of Vogue, Another, POP, LOVE, Fantastic Man, 032c and many more.

Brands and magazines loved him for the collision of luxury fashion and gritty candour in his work, so much so that it felt like he was bridging a divide. In England that divide was and is classism – and in an industry catering to financial bravado, McLellan provides a different fantasy to that of his peers. Not through clothes or sets, makeup or celebrity subjects, but rather by placing high fashion clothing into working classic contexts. But even that is an oversimplification of his oeuvre.

As a viewer, McLellan takes you across the bridge with him – from Doncaster to Nottingham to London –  and all the while you feel something ordinarily extraordinary working in tandem. And the photographer grew up thinking the same of his influences.

“I thought, ‘No one’s going to want photos of a bunch of my mates [laughs] … but when I saw David’s [Sims] work, I thought, ‘Well maybe there is room for my world in magazines’.”

“Anything can be a fashion photo as long as you have clothing, or something to do with it, in there. I thought that was a good way to get started, really.”

Through our screens, McLellan’s modesty and vivaciousness seem at odds with the economically disheartening city he calls home. But somewhere in the brutishness of London, there is a gang of British boys waiting to be found and photographed by McLellan, a gang that will become renowned for their geography, their clothing and a love of skateboarding. 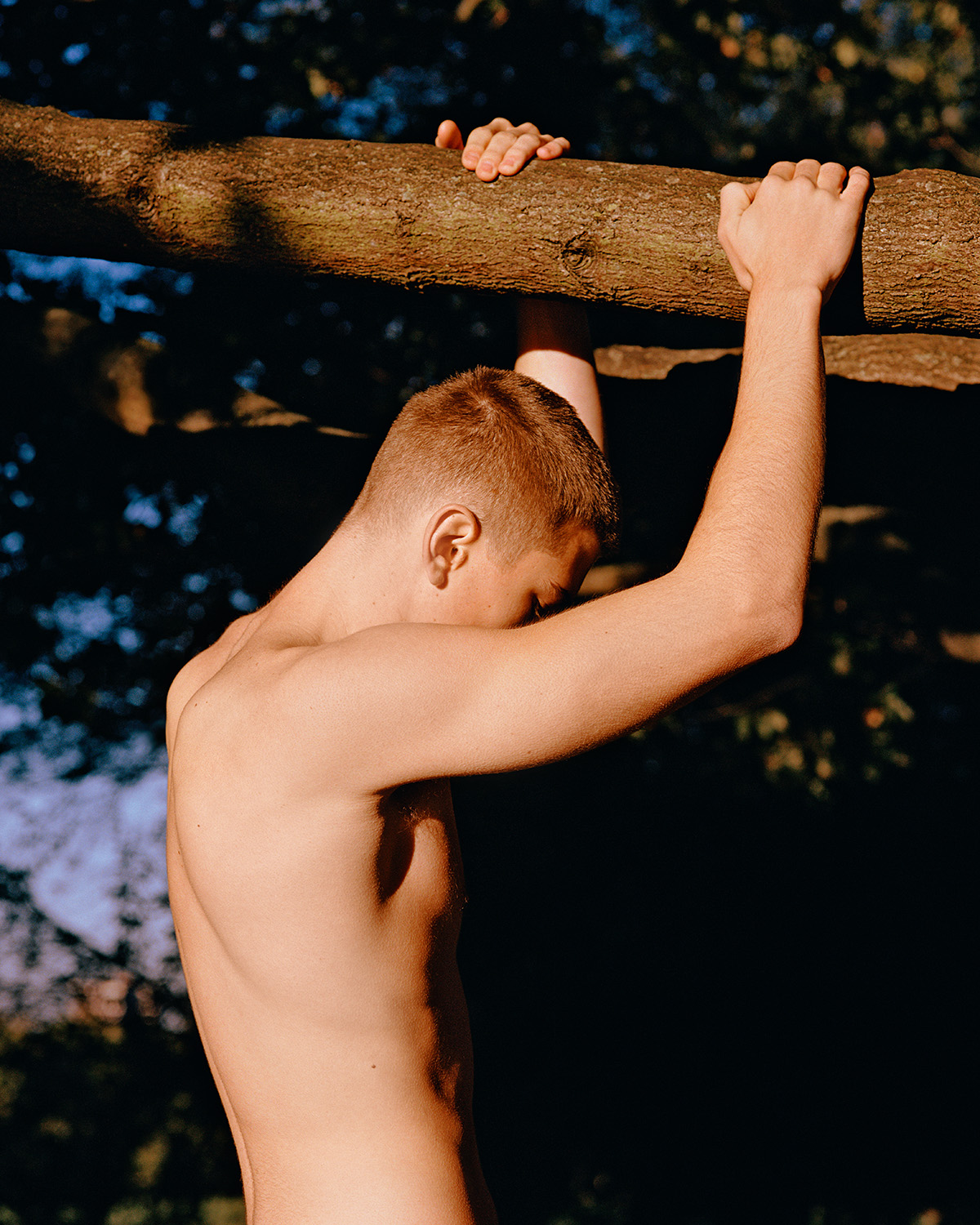 Discussing the beginnings of a long stint working with Palace and its affiliates in London, McLellan said that he was “ironically” commissioned by Supreme magazine.

“A friend of mine was in New York, an art director called Laura, and she did a lot of stuff for Supreme. She put the magazine together, and she said that they’d really like to do a London story.

“So, I was talking to a friend of mine and he was telling me about this skate crew called PWBC which stands for Palace Wayward Boys Choir. I grew up in a Yorkshire town – skateboarding never really interested me, because I consider it to be very American and my work is very English, so I was never really into it as an aesthetic.

“But I was looking to cast this London project for Supreme and I met Lev Tanju, who is the founder of it [Palace Skateboards] in some ways, so he had all of these friends part of this gang, PWBC. And I said I just wanted to photograph the people in that gang, really. Because they dressed like they were more into sports casual – they didn’t really dress how you’d expect a skateboarder to look. They looked very English and were taking a lot of things from English fashion, like an English youth-culture-football sort of dress code. Terrace culture, or whatever they would call it.

“There were three people in particular that I really thought looked really great – Gabriel Pluckrose, Lucien Clarke and Blondey McCoy. I just started taking pictures of them and then Supreme took them under their wing.

“Then, they started making these t-shirts that had Palace on it with a triangle, and they said, ‘Can you get these into a magazine?’ [laughs] So I said ‘sure’.

“There was an article on PWBC in i-D Magazine, my friend Ben was the editor there so I said, ‘You really should put these people in your magazine.’ Blondey was 15 years old and the oldest member was 44 so it was this sort of Fagin’s gang type thing, hanging around the Southbank.

“Eight years on since Palace first made t-shirts, I had amassed quite a body of work, so we just put that out.”

McLellan explains that “he knew [Palace] was going to be mega successful.” His prediction was affirmed when the brand became a British skateboarding subcultural icon. McLellan’s photography was a portal into a world and group of boys that became synonymous with his own quintessential British-ness. It was seemingly a match made in heaven.

“They were just interested in skateboarding,” explains McLellan. “That’s why I liked them.”

Moving on to talk about future projects, we struck up conversation about an upcoming book “It’s a bit more local,” he says. “I think all of the photos have already been taken.”

“It’s mostly archival – normally [my work] is stuff that I’ve already done. I don’t really go into something with a theme and say ‘I’m going to do this’. For the Palace stuff, we had 80% already shit so we took a few more photos but other than that, nothing new.” 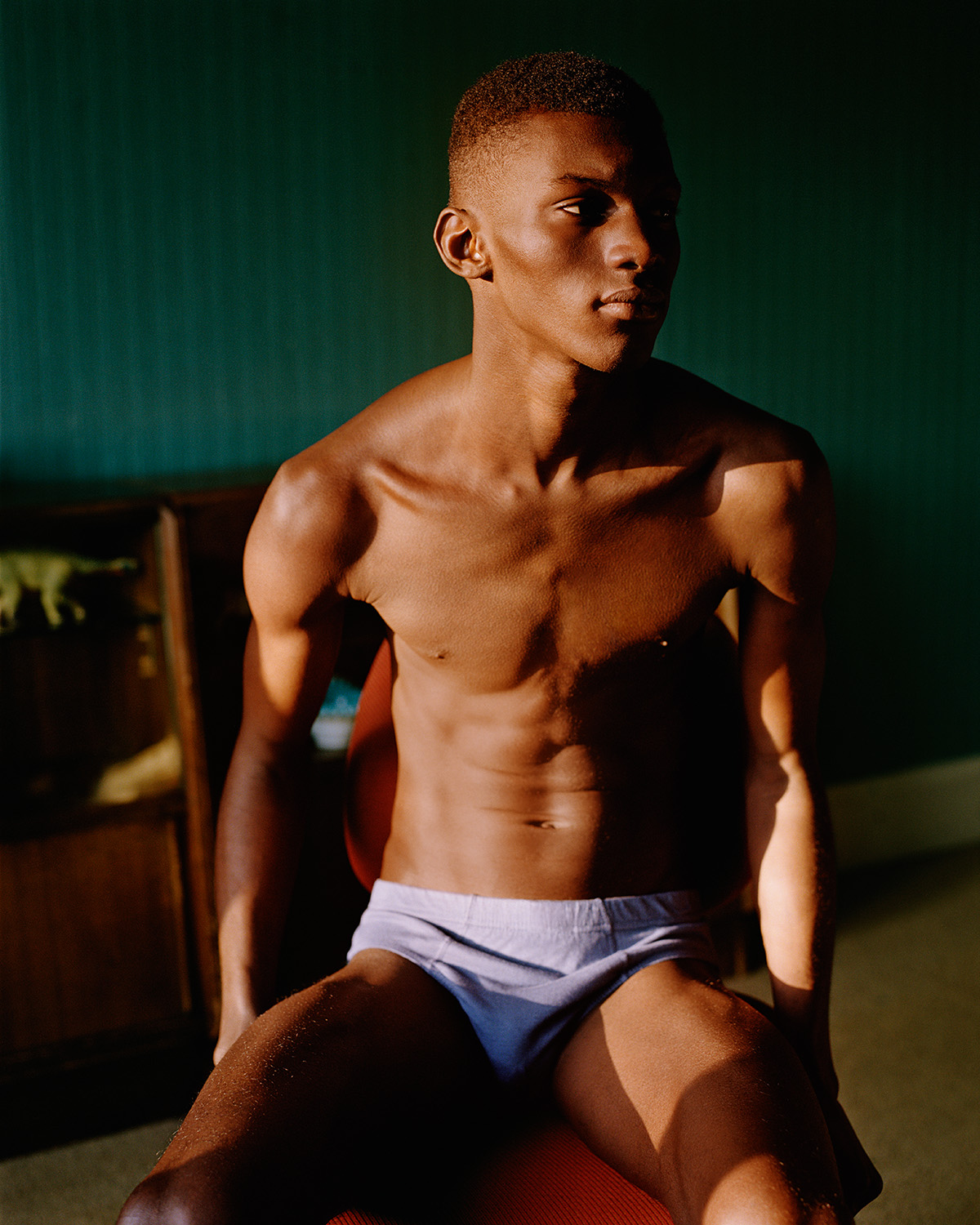 Without something particular to steer the direction of McLellan’s photographs, London itself has proven to be a circumstantial theme for most of his work. Prodding McLellan for his perspective on the city, we asked if and why it was integral to his work.

“I love London, I think it’s one of the greatest cities in the world. When you’re doing fashion shoots, you can always find something inspiring there. In terms of books, not so much.

“The books I’ve done, like the The Palace or Ceremony, are every London. But while I don’t really feel cynicism towards it, I also don’t walk around London being like ‘this is so inspiring’ either.”

That said, the photographer went on to discuss London’s lockdown, noting that he “had to photograph it because the whole city was empty when it’s usually such a busy place, the weather was so nice, and there was no one around.”

“It sounds like a blockbuster film,” I said. “It was,” he affirmed. “It was really beautiful, like three weeks of emptiness.”

“What about Yorkshire, do you ever go back to take photographs there?”

“My first book, Ultimate Clothing Company, is about that. But yeah, all the time. I feel like there’s something quite emotional about going home and taking photos there. I feel like you rediscover things you haven’t seen in 20 years. I feel like that’s quite beautiful.”

Slinking back to grassroots, we asked McLellan about his connection to fashion. After all, his photos were always somewhere in between fashion and … everything else.

“A lot of the stuff for i-D tends to come from experience, or something.”

“I don’t ever start a fashion shoot with like, ‘Let’s do a Gaultier, or a Versace.’ I more come to it from an idea. They come separately. But when it comes to thinking up an idea for Miu Miu or Margaret Howell or whatever, I obviously take on board what they want. I mean, Margaret’s very British, so she was one of the few very designers that didn’t want the sun to be in the photo. Mostly, everyone wants the weather to be good because it makes people feel happier, but she always wanted to wait for the sun to go in.”

“You can always find elements of yourself in things. I remember we did this campaign for Burberry and I took them to a part of Yorkshire – not where I’m from, Yorkshire Dales – where we should just do it [the campaign]. It was basically like my school trip. It was mainly trench coats so I thought it would be really nice to shoot there.”

“You seem to have a lot of faith in the process,” I add.

“I try to put myself in most things I do, but then there’re certain times where you’ve got to find it elsewhere,” McLellan concludes.

A lot of laughter later, I found the same sort of humanity I’d found in Alasdair McLellan’s photos in him. I can safely say that what you see with Alasdair McLellan is what you get – and it does not disappoint.