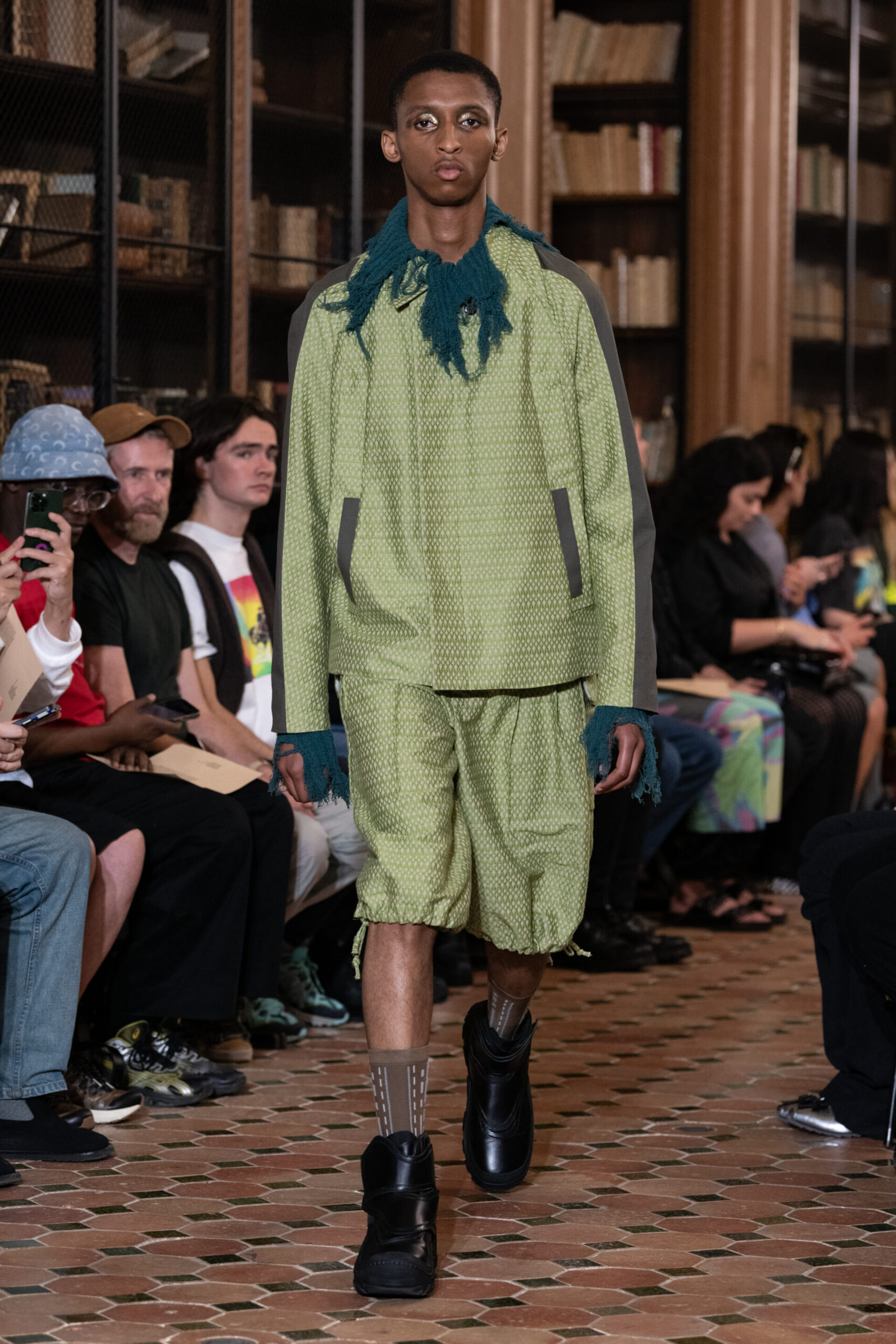 Kiko Kostadinov‘s 11th Menswear collection took place at the prestigious school ‘Lycée Henry VI’ in Paris’s Latin Quarter. Passing by a courtyard fountain and some vacant classrooms we were seated inside the upstairs library. Surrounded by walls lined with sprawling bookshelves and tiled floors featuring hexagonal shapes which alluded to some later looks. 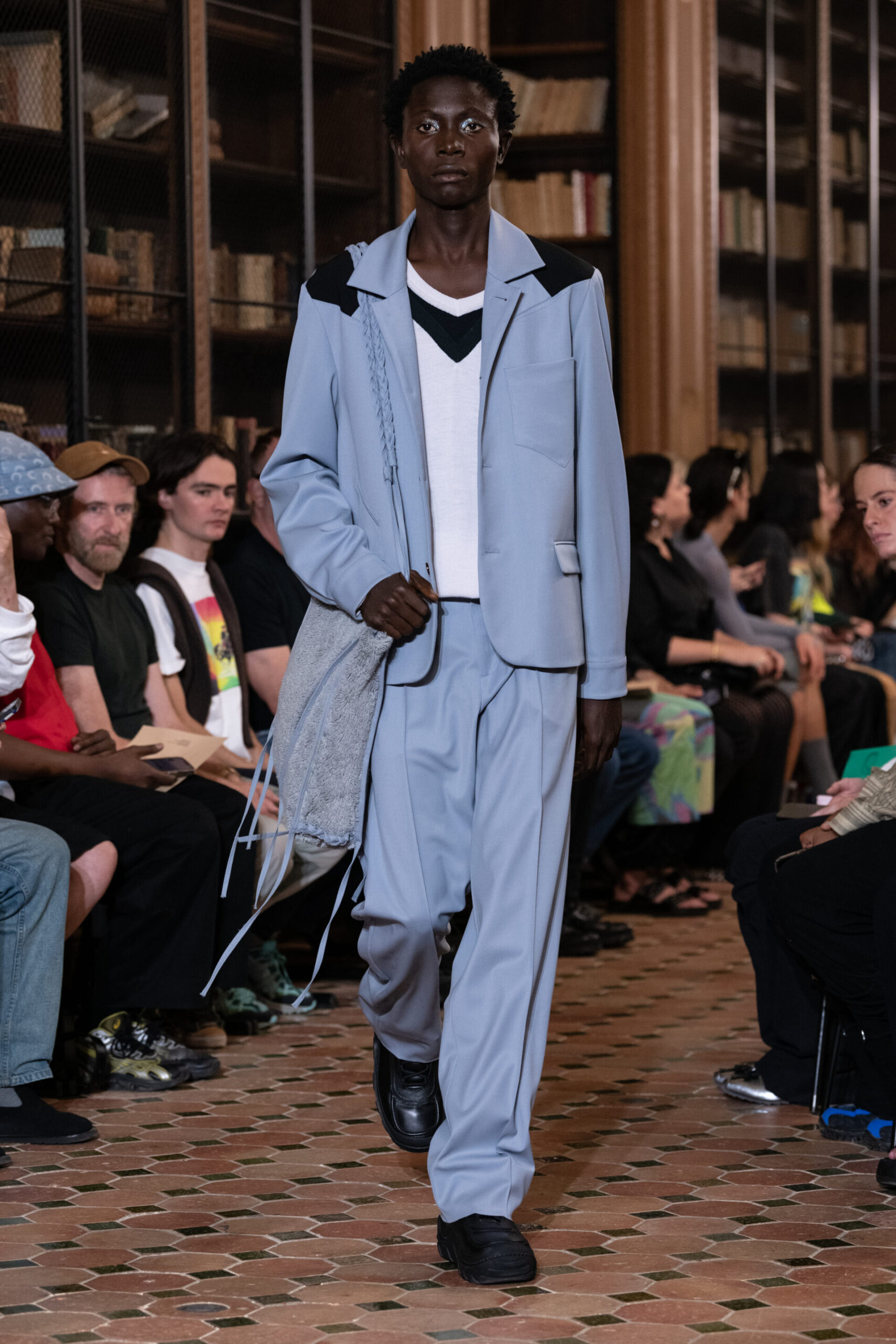 Entering the space, a sonic emittance filled the air offering an aural bath for Kostadinov’s audience. At the music helm stood long-time friend and collaborator, Bill Kouligas of PAN Records. A harmonic tie-together of worlds and the perfect way to prepare for a Kiko Kostadinov show. 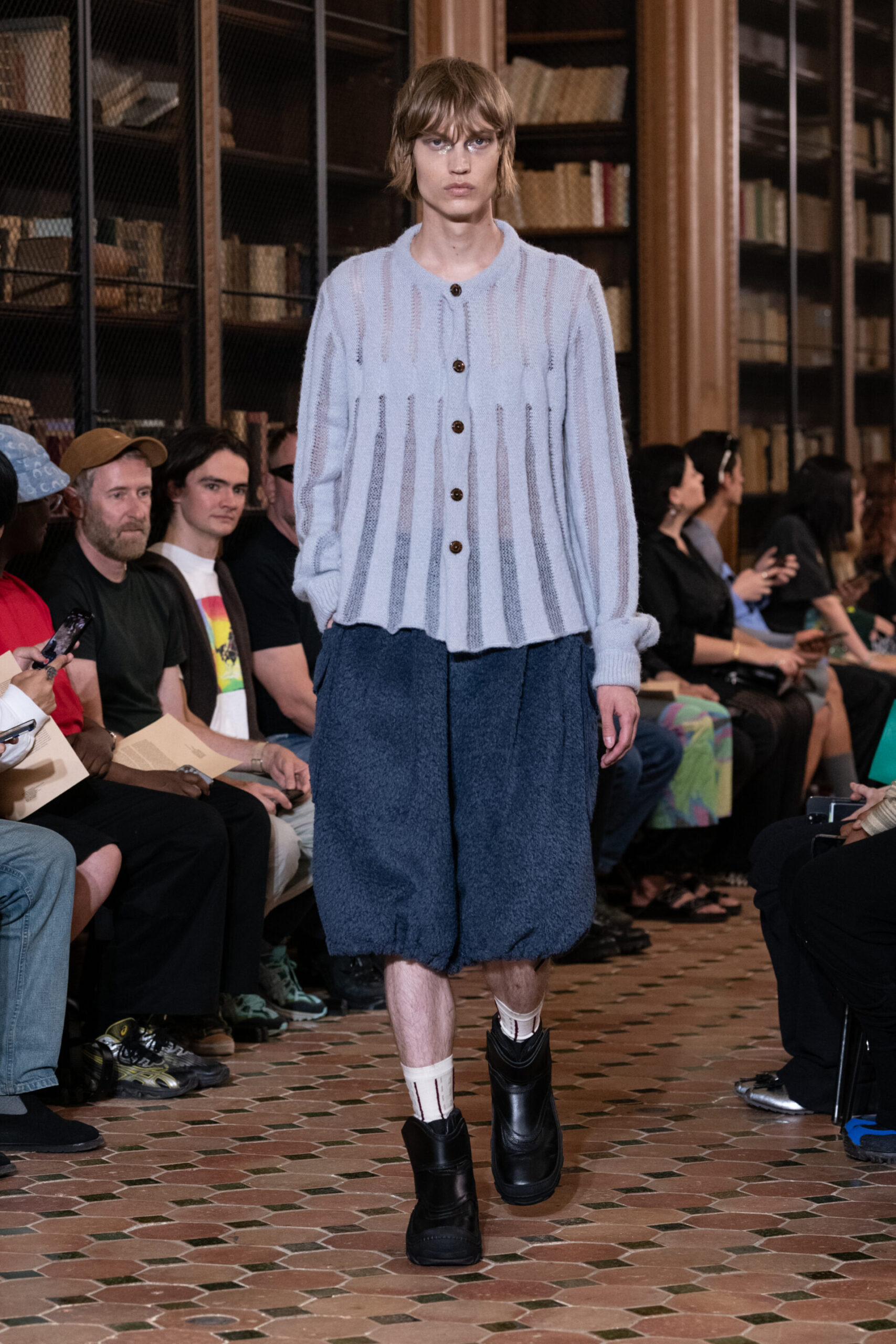 Kostadinov has often referenced uniform throughout his collections and this was no exception as Inspiration was taken from the nearly half-century Ottoman rule of his native country Bulgaria. He confronts the intergenerational pain from the conflict with a stoic lightness. 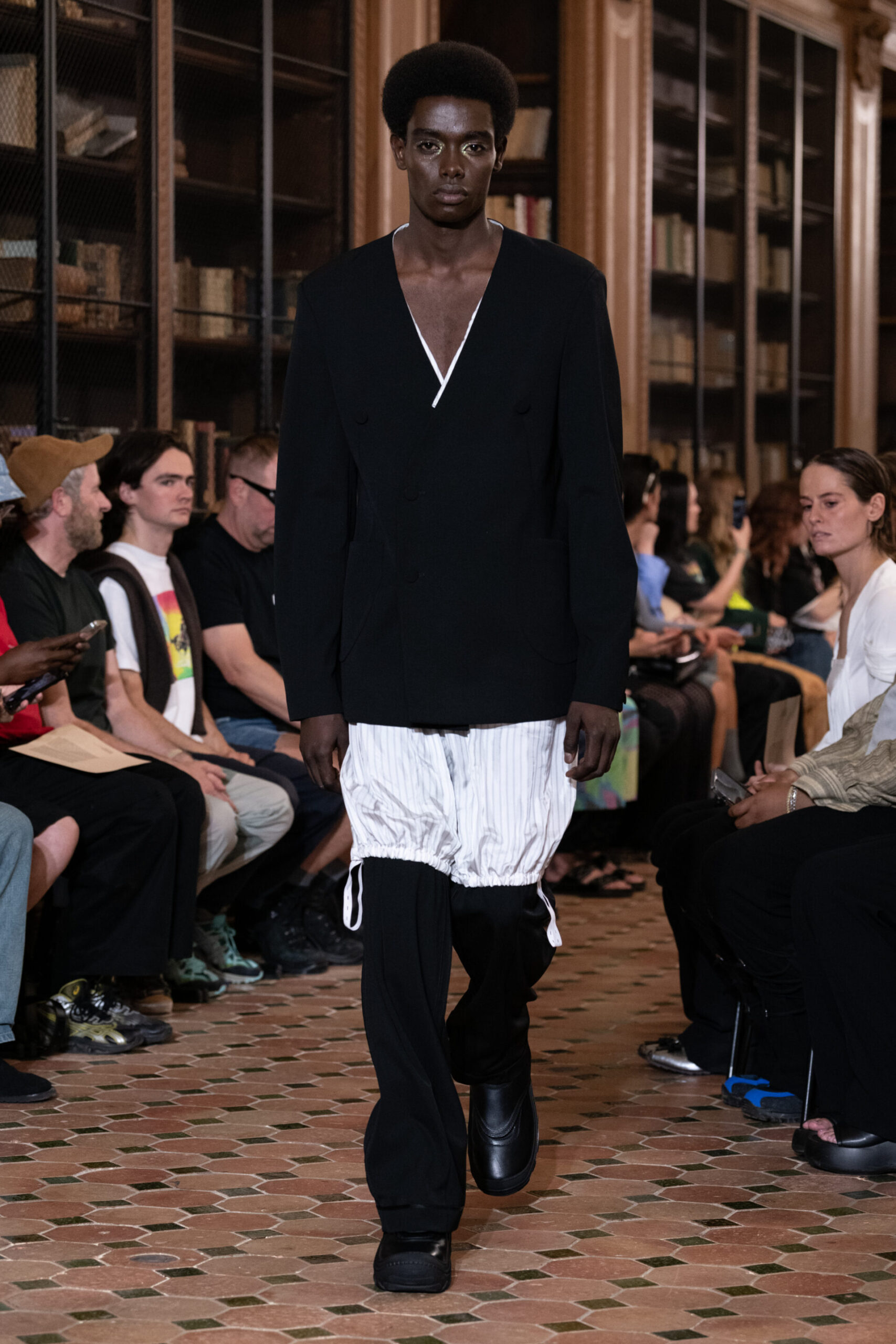 Many of the pieces showed an array of customisation, this was shown early on where the first three looks featured the same suit but worn in different shapes and styles, completely up to the wearer. The second and third look both showcased this with buttons in different places and sometimes reversed entirely, to reveal pinstripe linings and bell-shouldered arms. My friend who I attended the show with audibly wowed at his favourite look, a leather jacket with alpaca fiber leaking from the neck and arms, producing an overgrown look.

The works of previously mentioned artist ‘Dahn Võ’ informed the final looks featuring bright copper and metallic hexagonal shapes. This was in reference to the artwork ‘we the people’ where Vo build sections of the statue of liberty out of copper. Kiko Kostadinovs revitalisation of past silhouettes and new ideas forms a fantastic new collection. The use of new materials and shapes lends its hand to Kiko’s classic formal attire and breathes new life into his menswear line.