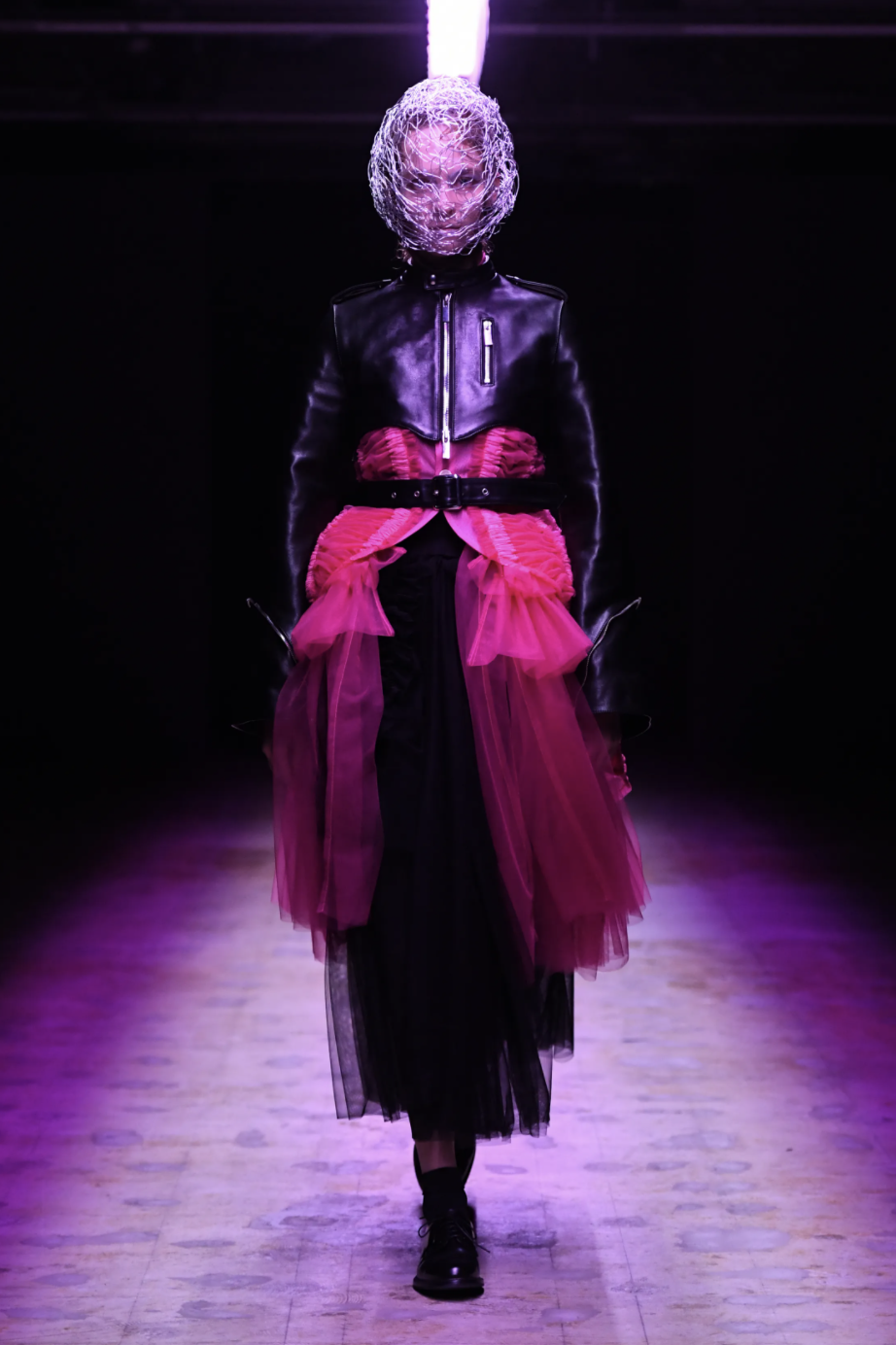 In All its Glowing Glory: Noir Kei Ninomiya’s AW22 Show

Another disciple to transcend from the school of Rei Kawakubo is Kei Ninomiya. Dancing on the line between femininity and darkness, Kei Ninomiya’s latest Fall/Winter 2022 show saw his brand diverge into a new dimension: neon colours. Followers of his work know that his Noir label, titled after the French word for black, navigates an exclusively black palette. With adjectives like adventurous, imaginative and charming frequently attributed to his work, he is a designer known to undo his own rules and transform his own playbook. 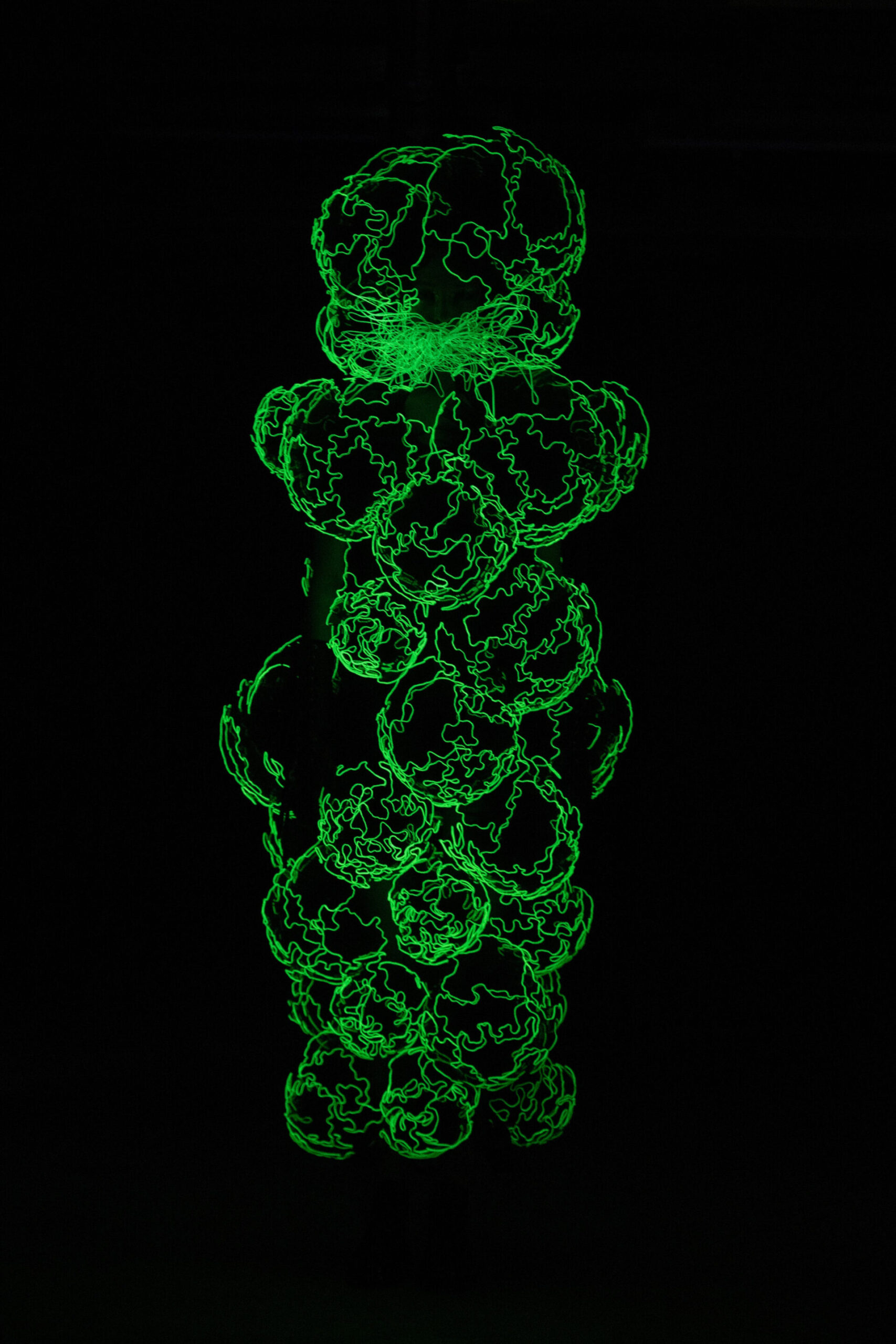 Having originally studied French literature at Tokyo’s University of Aoyama, and partaking in a brief stint at the prestigious Royal Academy of Fine Arts in Antwerp, Ninomiya went to work for Rei Kawakubo. In 2012, the patternmaker-designer was given the opportunity to launch his own brand under the Comme des Garçons umbrella. Combining notes of romanticism and punk, his work is waged by a strong desire to approach clothing in new ways. From laser cutting to experimental tulle forms, his savoir-faire excels. 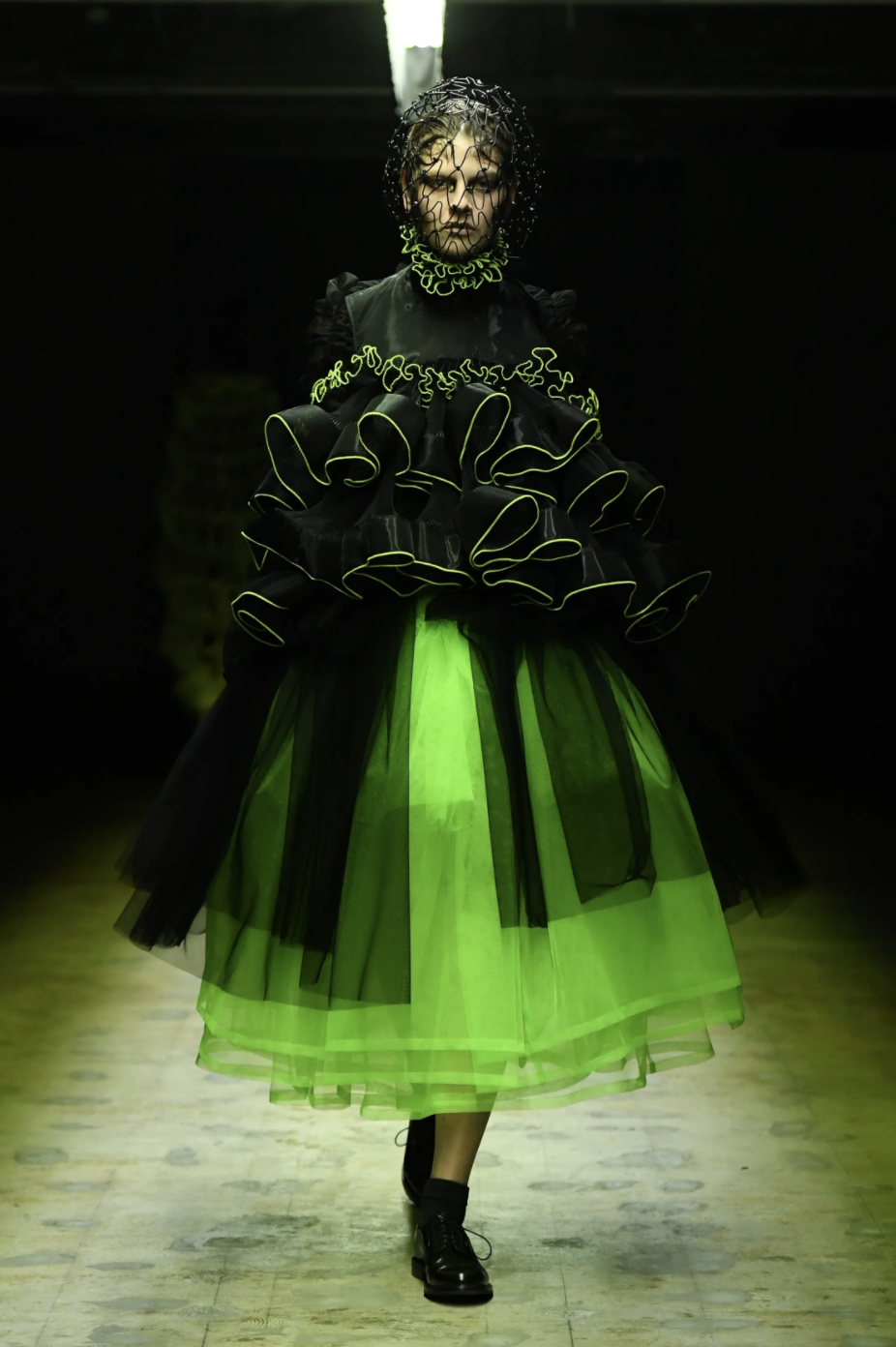 Noir is an exploration of blackness in all shades, textures and materials. In Ninomiya’s work, black serves as a canvas to his intricate designs and engineering. Whilst his Spring/Summer 2022 show saw Noir Kei Ninomiya explore light, playing with hues of beige, this season went a bit further, diving right into a pool of neon pink, yellow and green. The spectacle titled “FLUORESCENT” aimed to “[create] a new world by mixing different colours,” says Ninomiya. 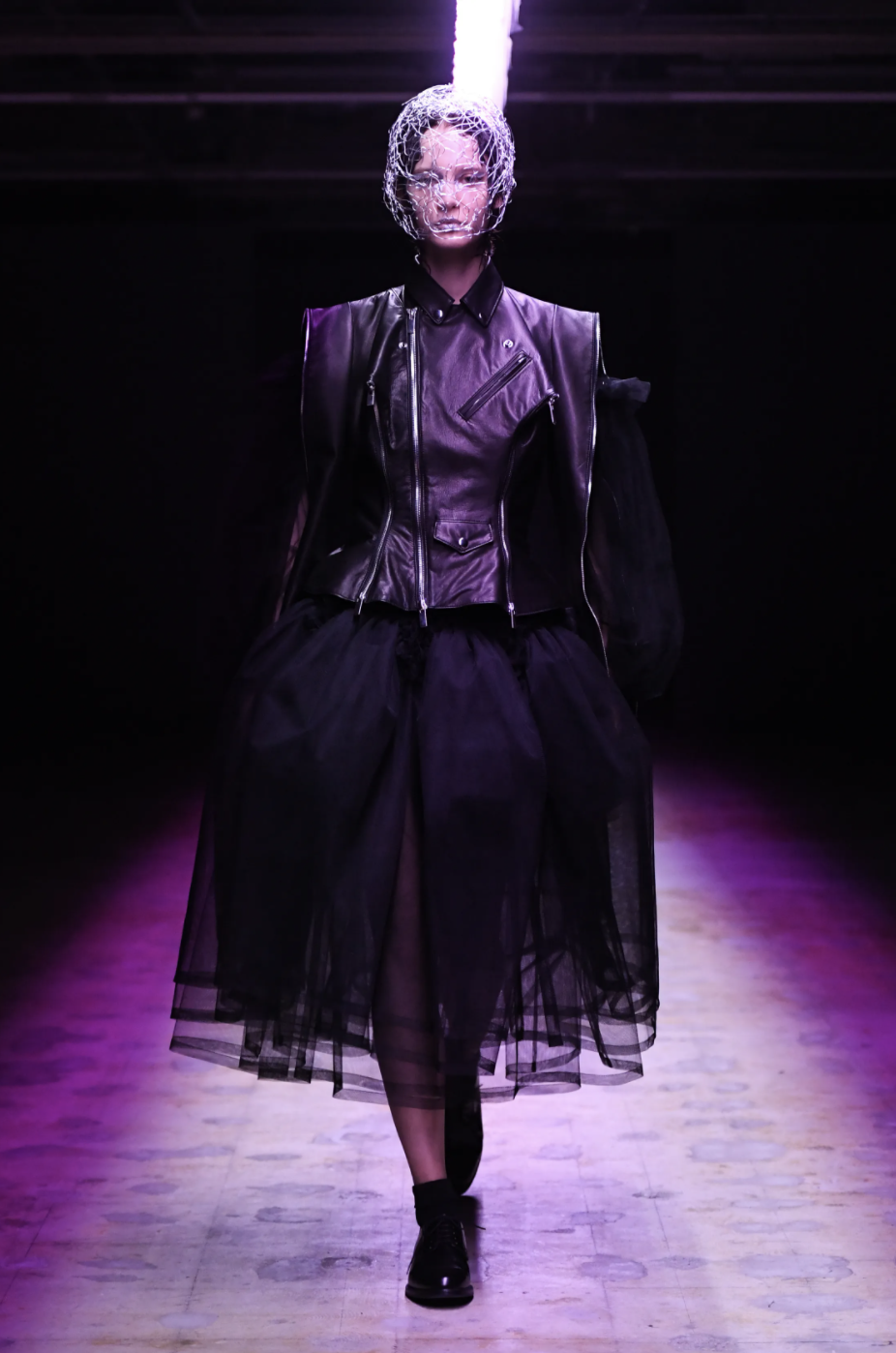 Fast-paced techno played as models walked down an illuminated strip in an overwhelmingly dark room. Marching organic forms matched the progressive buildup of the 4×4 kicking. With the adrenaline accumulating with each additional beat and the appearance of leather strappings reminiscent of bondage, it was easy to forget the show was taking place at HQ and not a hazy underground rave.

Kei Ninomiya’s creations are a symphony of fabrics married together with intricate techniques, earning him a clearly identifiable aesthetic. He is also known to steer clear from stitching, preferring to piece together with rivets, studs, interlaced straps and even steel, all contributing to his protruding and adventurous shapes. 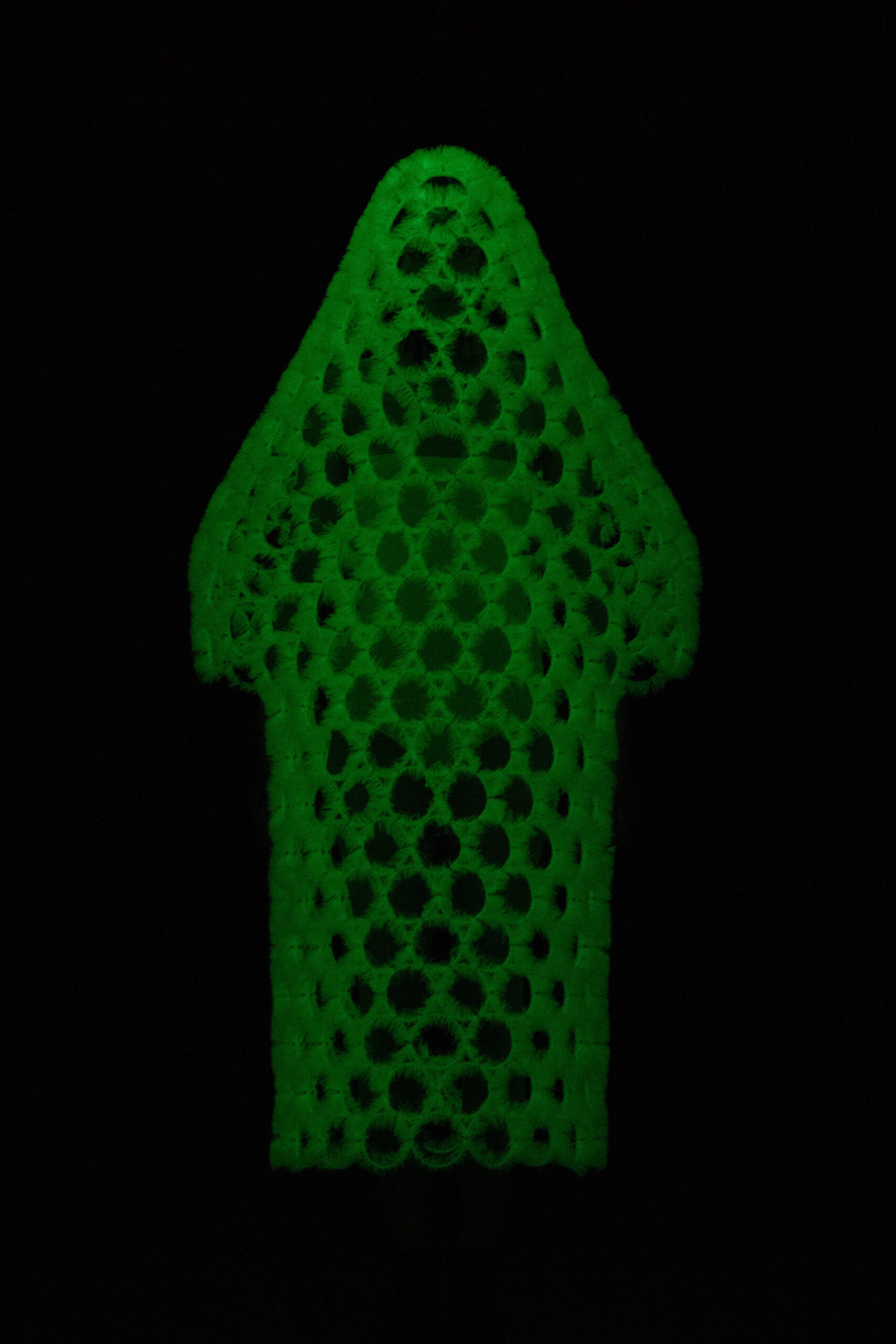 Another element of his visual lexicon made itself present with the show’s arrival of tulle. This juxtaposition of harshness and softness became further evident as models treaded down in metallic headpieces enclosing their faces atop a bouquet of soft tulle. Fluorescent pink dresses, sandwiched between black tulle and leather, were voluminous, ample, bouncing to the beat. Incredible structural dresses covered in bulbous balls of scrunched tulle gave way to organic motifs. 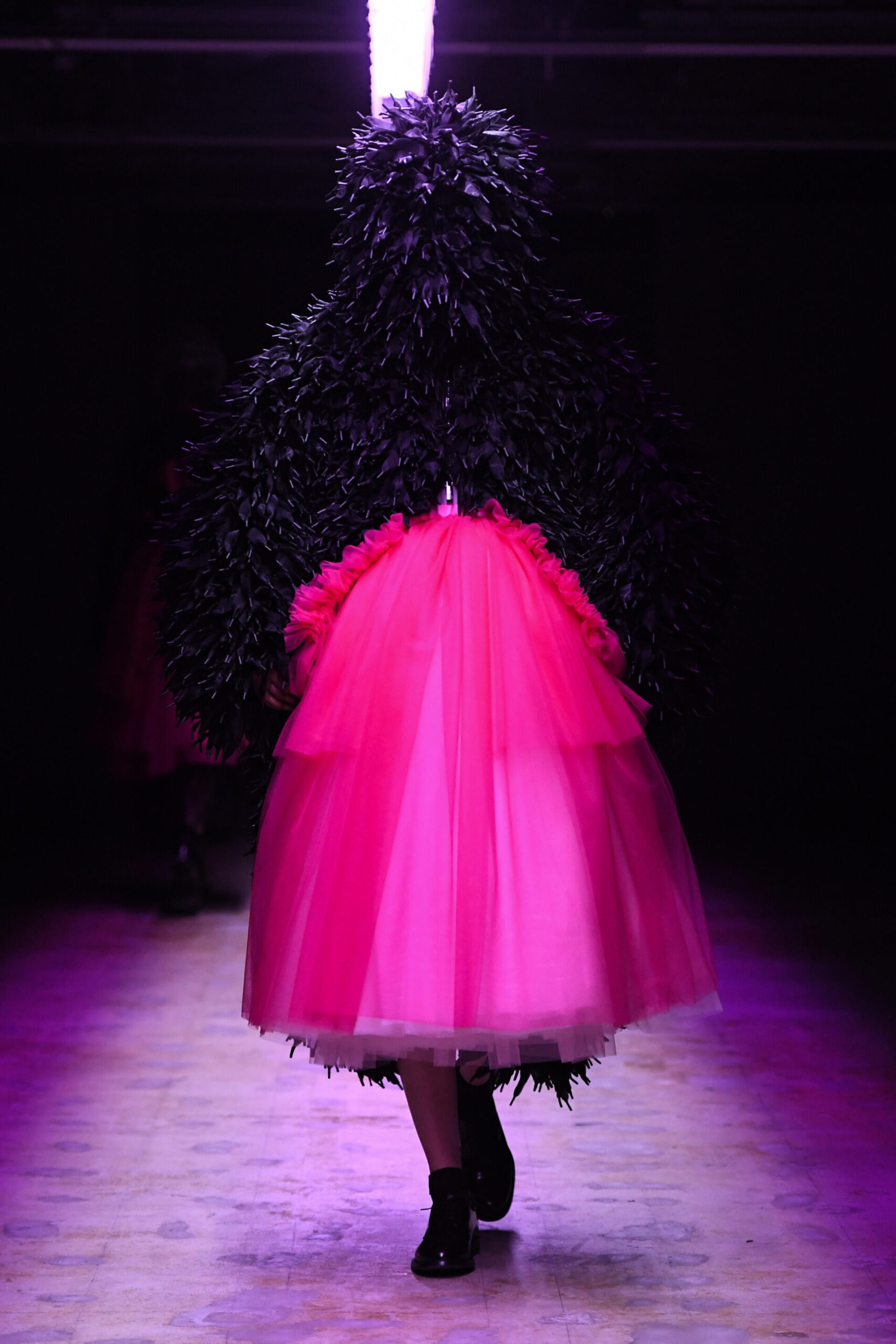 Closing the show was a series of fluorescent green happenings. Looks from the earlier repertoire came out to present themselves again but this time through a darkened lens. As the lights turned off, immersing the room in utter darkness, the phosphorus green detailing of the body gowns disseminated a mesmerizing glow. The earlier bulbous dress physically lit up to reveal a collection of globes with continents outlined. It’s this type of innovative crafting that permeates Kei Ninomiya’s work giving fashion a new sense of substance.