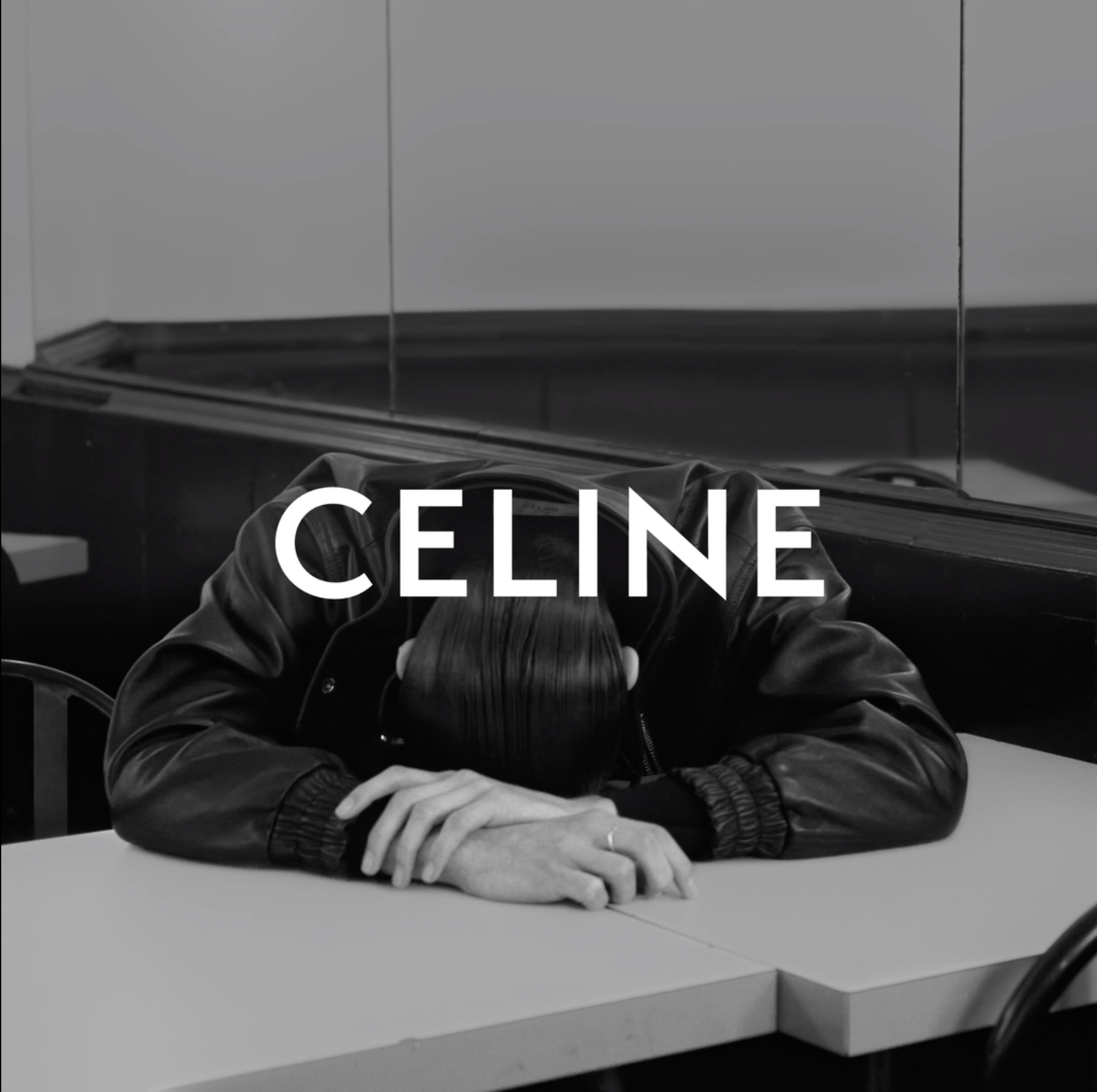 Rock ‘n’ roll glam reigned supreme at Celine Homme Fall Winter 2022. Hedi Slimane introduced his latest collection for the French household name, ‘Boy Doll’, in a video filmed by the creative director himself. Shot in the iconic Parisian venue L’olympia that first opened in 1893 and has since hosted music greats including Édith Piaf, Jimi Hendrix, Billie Holiday and Bob Dylan, the history-drenched atmosphere permeated the clothes that strutted down the runway and transmitted dynamically through our screens.

As the curtains went up, an upbeat version of Swedish group ShitKid’s track ‘Favourite Thing’ echoed throughout the hall, the heaving thump providing an ideal pop-punk soundtrack for the nonchalant pace of the show. Hair slicked back and big shield-like shades on à la Lou Reed, a series of moody looks true to Slimane’s signature skinny silhouette entered the scene. 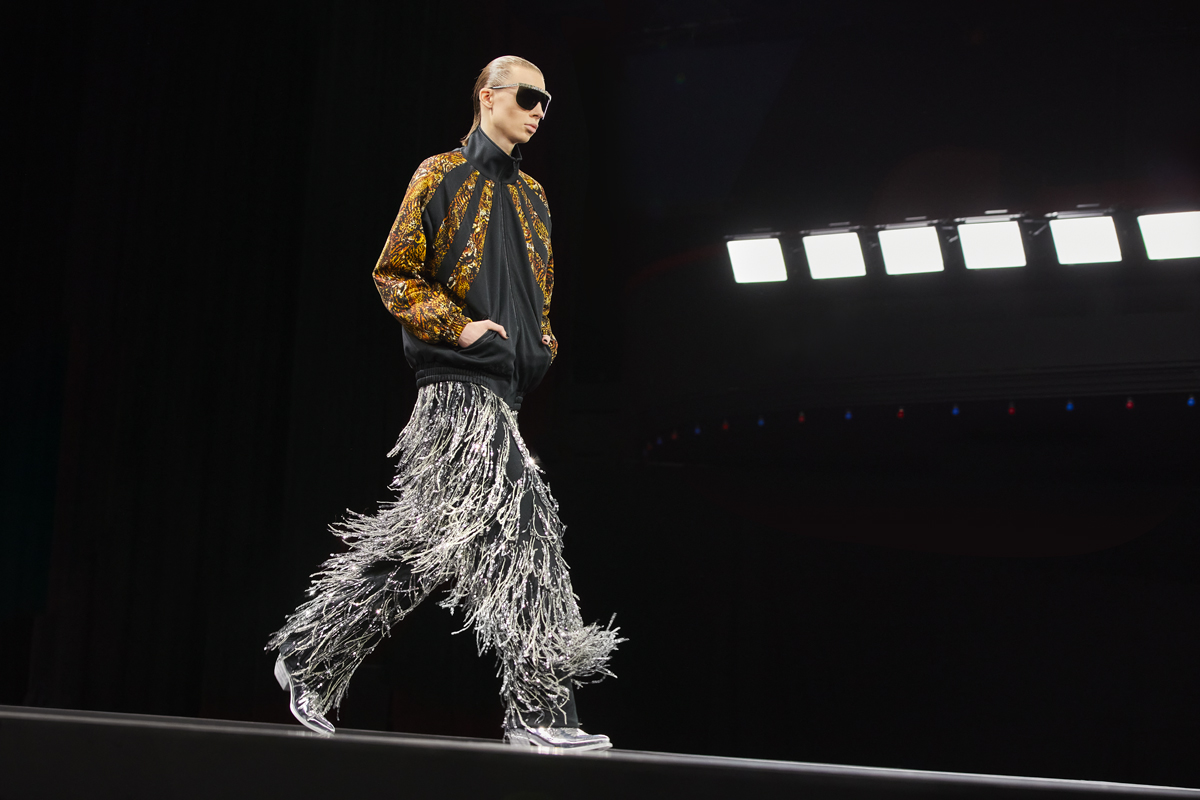 The collection as a whole could be read as a dedication to the music world that the designer holds so close. All blue jeans, white tee and leather studded jacket, the first look spoke to the timeless, functional everyday attire of musicians everywhere. Offset by the second look of a leather kimono-style jacket, over gold tights and reflective knee-high boots, it was as if David Bowie had descended from the heavens to reclaim his rightful place: centre stage. Followed by pinstripe suits with tapered legs and slim ties reminiscent of Serge Gainbourg’s unconventional take on tailoring, as well as sequinned jackets akin to those once worn by Jeff Buckley, the connection between clothes and the people who are famed for wearing them had never felt more relevant.

Flamboyant rhinestone encrusted boots and swishy tinsel-like shags that bounced in time with the music demonstrated the freedom that comes with wearing something glaringly bright, that shifts and melds with the chaos of the night. Juxtaposed by the grunginess of cardigans layered over plaid button-ups and denim torn just right, we’re reminded of the understated cool that will forever emit from this trio of 90s infused garments. 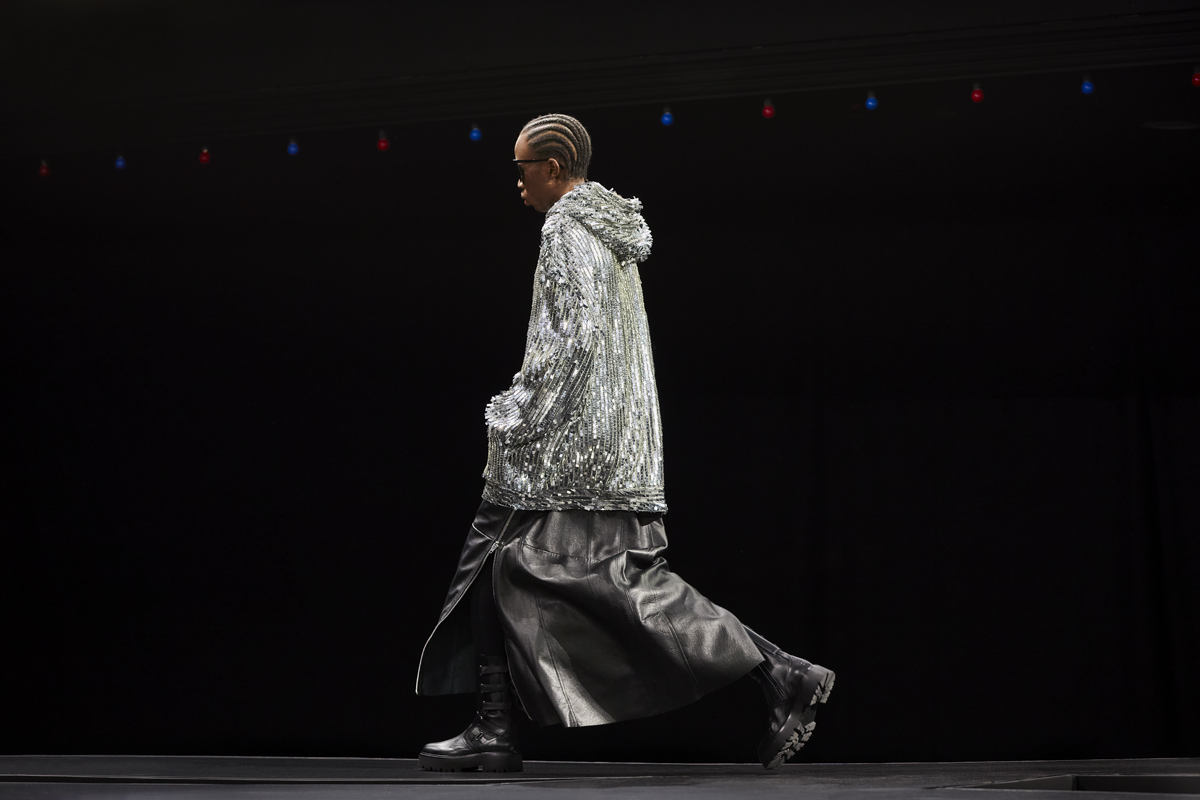 In a nod to e-boy aesthetics, platform shoes, necklaces and puffer jackets intercepted every now and then, introducing yet another iteration of the very subcultures that have long traversed Slimane’s canon of work. Taking cues from the greenroom, monochrome ensembles saw oversized bombers and hoodies adorned with the death-metal influenced work of New York-based artist Banks Violette. Selected by Slimane, one piece depicting an American flag was drawn from Violett’s older work, while the other two images of galloping horses were new commissions — fusing the past and the present much like many of the references that are evident throughout the collection.

A potent ode to the unforgettable collision of glam and rock, the show ends on a luminous all-gold outfit shining as bright as the stars who once stood on that very stage. It’s here that the words of the legendary Frank Zappa ring true: “No change in musical style will survive unless it is accompanied by a change in clothing style. Rock is to dress up to.” 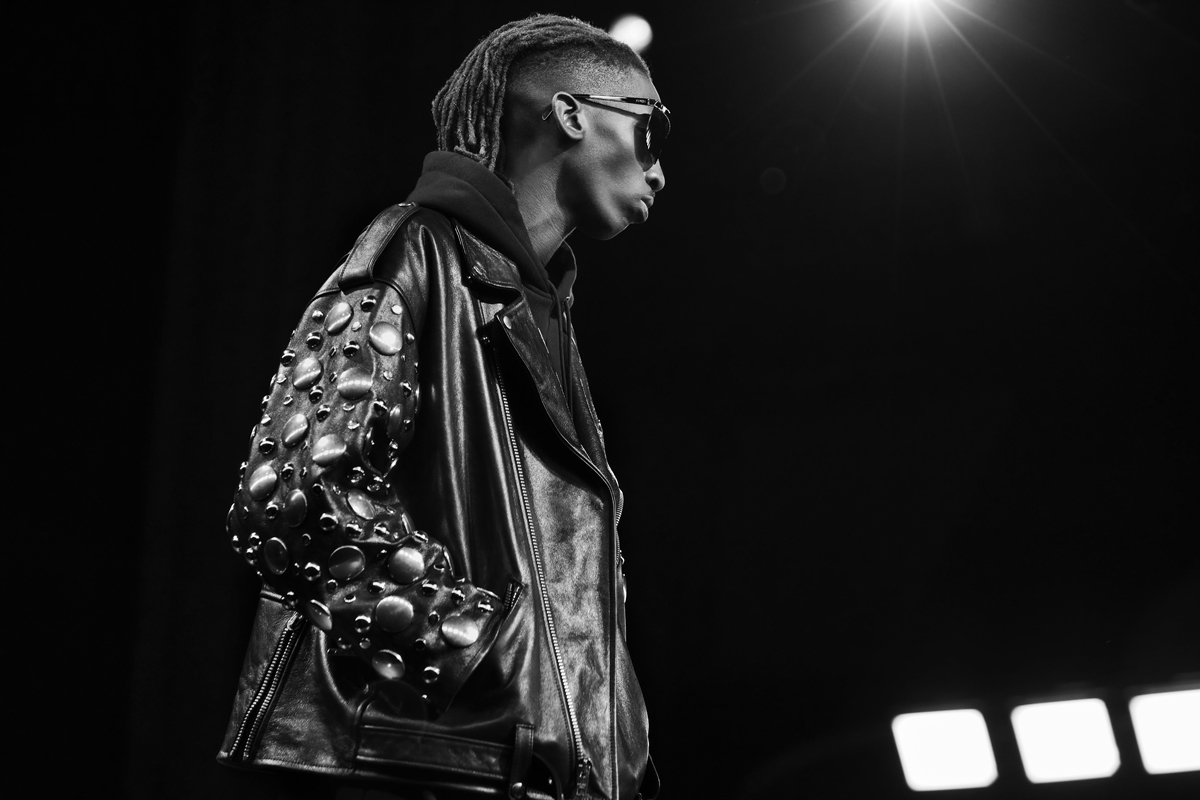