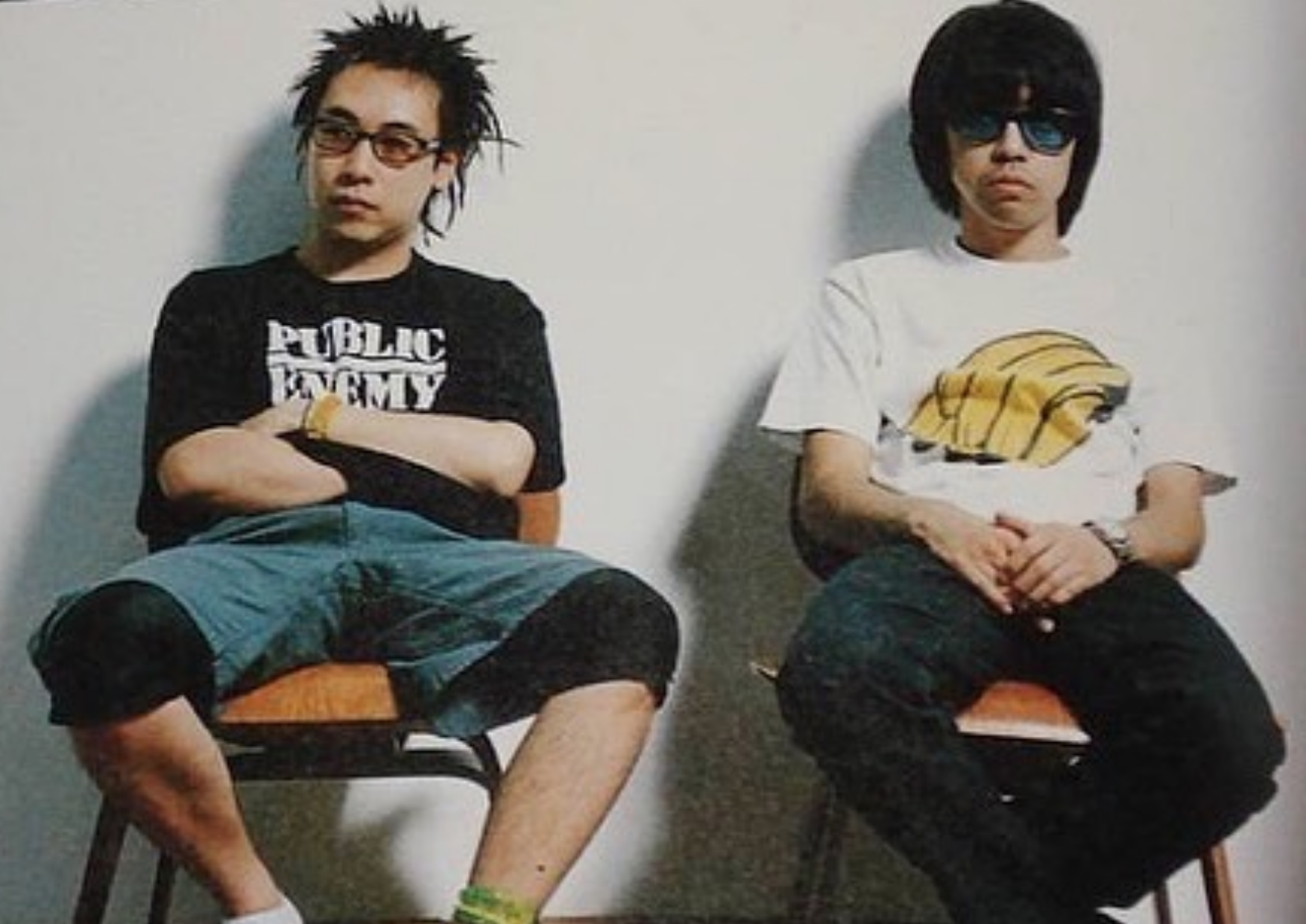 Jun Takahashi & Nigo pictured together in the early 90s. Around the time that the pair started their NOWHERE store in Ura-Harajuku, Tokyo.

Who does not love Japan?

A near-flawless culture of hospitality, design, cuisines, architecture, and a wonderful sense of ritual that pervades its society.

A country ruled by meticulous and supreme organization, people respectful to the point of being invisible with an innate sense of courtesy.

A country where you can determine your location by the shading of your miso soup – if you find yourself in the East it is dark and salty, in the Western half it is sweet and light.

Essentially, Japan is a country daring me to find anything that is not completely desirable. 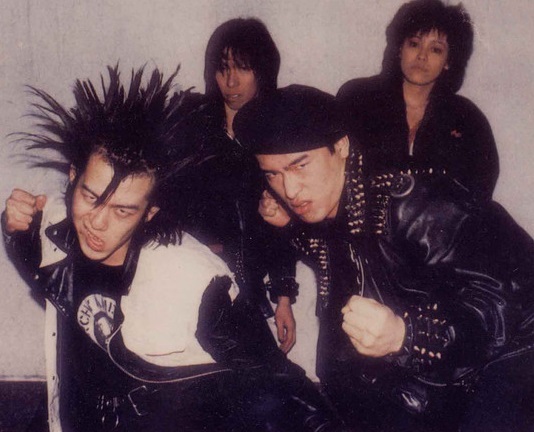 I vividly remember the first time I was introduced to G.I.S.M. It was aeons before the curated echo-chamber world, where no algorithms of Amazon and iTunes chose what would suit your taste. You had to get out there, outside your cocoon, and trial and error to find new and exciting things – things that did not necessarily mirror your tastes.

I came across G.I.S.M. when I got the P.E.A.C.E./War compilation in the early ‘90ies. It was dangerous, intense, exotic, and struck a chord with me that only very few bands after did.

It was nothing like the punk and hardcore prominent at that time.

According to the law of averages something like G.I.S.M., combining so many influences, should balance out to a bland muddle: Mix a range of colours and you will get brown.

G.I.S.M. refuted that law and it was just plain blinding, dazzling, grand insanity. Hardcore punk at that time was pretty much synonymous with American culture and a rebellious stance against its values. Not just in cultural terms we were the willing vassals of the New World.

I tried to find out more about G.I.S.M. and waded through a maze of myths and misinformation. Not too much long after I was able to acquire G.I.S.M.’s deTestation CD from the German distribution Bitzcore Records.

My mind was blown and that was that.

Leaving aside the fact that I am not a music expert and the many variables that determine what a great band is, this was the non-plus-ultra. A band cut off from comprehension. It stretched music’s very fabric.

Never had I experienced such boiling energy unleashed on me. Insane.

Nothing felt contrived; G.I.S.M. was like a mineral – naturally formed. Never had exultancy and anguish been so thoroughly intermeshed. The artwork was absolutely brilliant and majestic. The effect of the aforementioned CD has left an imprint on pretty much everything I’ve worked on musically. The ultimate statement.

A ground-breaking band when there was still ground to break, I was swept up by a tornado into the insane world of SKV at the dead centre of which lay Randy Uchida’s licks. G.I.S.M. became the blanket that could be thrown over the invisible to give form to something I had not envisioned before. A mysterious power that I felt but could not explain, sating the yearning for what is not of this world.

Evoking irrational violent sentiments, borderline absurd at times. A form of madness that allowed me to take leave of my senses, painting a harrowing picture of the state of humanity. It was not until many years later that I have had a chance to experience the reception of G.I.S.M. in the country.

For some reason, I naïvely thought that in Japan, information would be easier to come by and it would be possible to demystify the phenomenon to some extent—which is good because it allows people their own interpretations in their own creative minds. Never reveal what is in the bag.

The incandescent spectacle made not only Bill Murray rub his eyes in disbelief as he cruised through Shinjuku. In Tokyo you can be whatever you like and find anything ever imagined – from cat cafes to fetish restaurants. A dazzling strangeness, crowds creating their own current with labyrinthine density.

To come by reliable information about G.I.S.M. was not easy. The polar opposite was the case. Sometimes it is better if a band stays a mirage.

Getting the facts is sometimes light letting light in upon magic.

G.I.S.M. mastermind’s, i.e. Sakevi Yokoyama, artistic creations have always been absolutely brilliant, cryptic, majestic, ahead of their time, transcending the status quo by experimenting with new media and forms of expression.

Starting out with glue and scissors in the early 1980s, Sakevi channelled what John Heartfield pioneered, i.e. using art as a weapon by not only revolutionizing what was considered possible but by creating photomontages and collages that tell visual stories to launch attacks against propaganda lies and unimaginable horrors they entail.

Conveying powerful pointed messages with his deliberate juxtapositions of images and text fragments no matter if it was related to G.I.S.M. or his other endeavours, it has always been difficult to track down Sakevi’s artistic emissions outside the confines of Japan.

Needless to say, when I came across Sakevi’s associates and their respective endeavours, I sought to familiarise myself with their work and it was never not a rewarding experience.

This is how I came across Jun Takahashi and his label Undercover, which after having started out with a distinct punk rock approach, over the last decade has firmly established itself on the firmament of high fashion.

Never not subversive, taking pride in ambiguity and with its ear keenly on the ground of underground culture, Jun Takahashi has created an idiosyncratic aesthetic that eventually infiltrated and exerted a tangible, reverberating impact on mainstream culture – an aesthetic comprised in equal parts of revelling in chaos, subtle humour and an acute awareness of the instabilities that come with the territory of the current day and age.

Incepted in the year the iron curtain came down during his days as a student, Jun set out to create an unrivalled darkly enchanting creative universe inspired by his association with Nigo of A Bathing Ape fame, which resulted in the opening of the punk-inspired Tokyo boutique Nowhere in 1993, long before anyone could fathom that Undercover would eventually see itself setting global fashion trends. 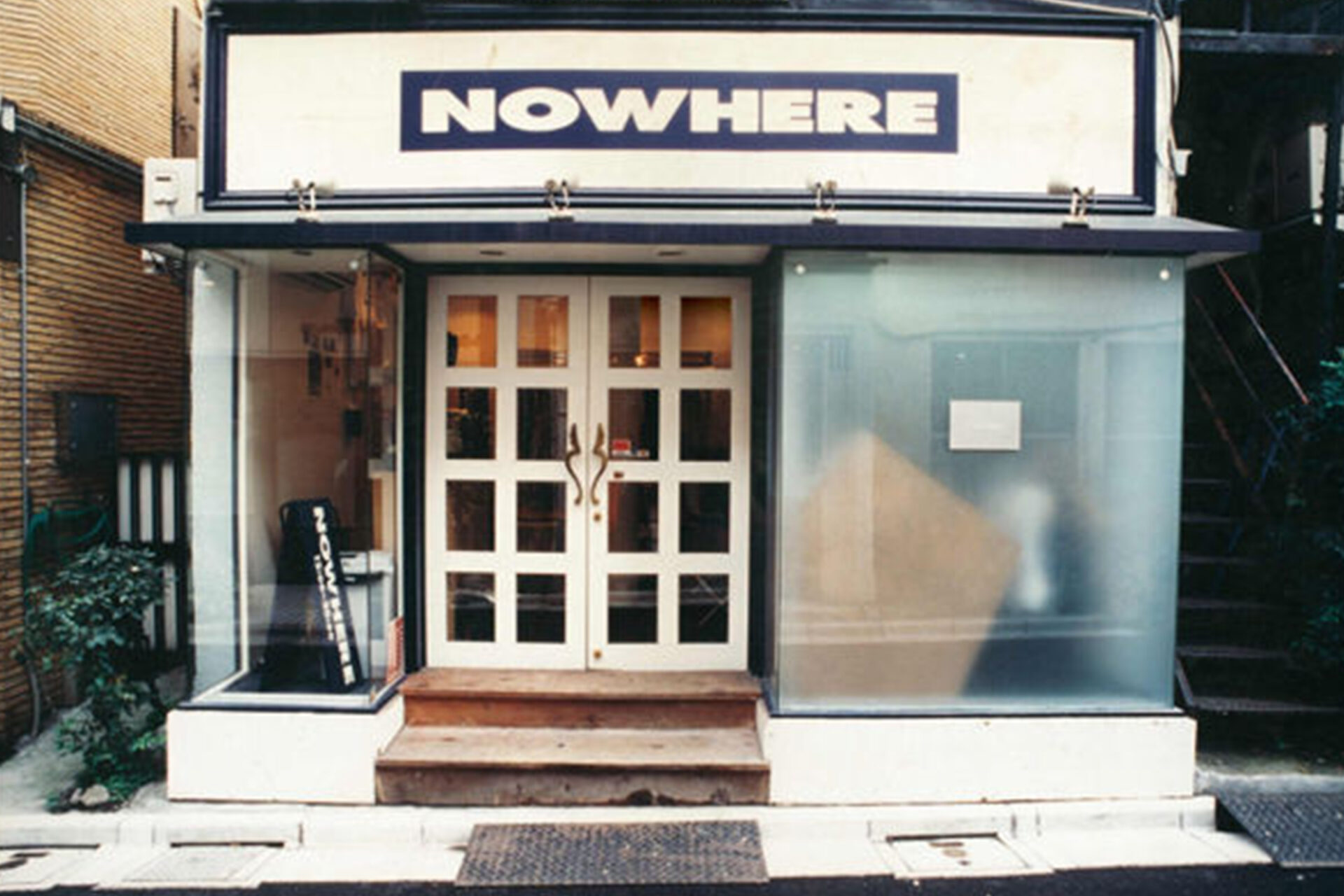 Whereas Undercover’s first runway incarnation in 1994 was still appealingly rebellious through the grungy reimagination of familiar clothing, it became more and more sophisticated and imaginative as the years went by, with feminine, romantic and sartorial aspects becoming central themes as Jun deconstructed the art of tailoring by deliberately defying conventions, mashing it up and turning it on its head, while never running danger of becoming devoid of a subtle, omnipresent inherently sinister dimension.

Jun Takahashi’s aforementioned approach could have not been better epitomized than with his first Paris runway show, which was aptly titled Scabs as it was thematically centred around the visible and confronting exposure of wounds.

Jun’s further collections adapted and fully embraced the beauty/decay dichotomy, adding macabre facets without ever falling prey to the urge to do it just for shock value: Undercover clearly showed that Jun was not merely creating fashion, but making wearable statements by (re-)interpreting cultural phenomena and the human condition.

Eventually, mainstream brands caught on, which resulted in Undercover’s immensely successful and sought after collaborations with Supreme, Hello Kitty, Uniqlo and more interestingly and relevant to me, due to Jun being an avid runner, his fantastic futuristic Gyakusou activewear collections he created for Nike. 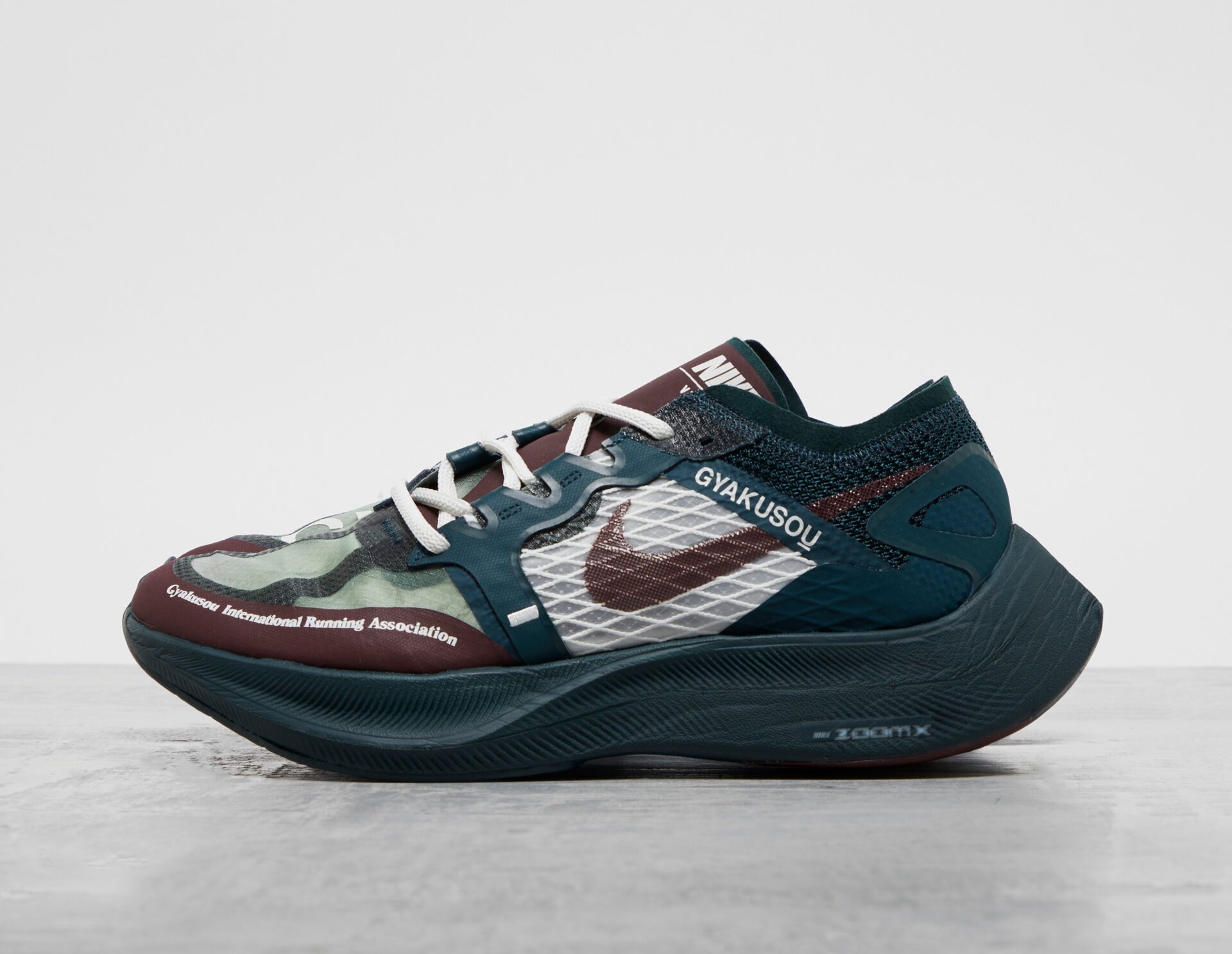 Commercial success allowed Jun to let his imagination run wild and branch out further, e.g. via the creation of limited edition toys, fictional characters and doll-like items of use like lamps, etc., for which he created cinematic narratives to tie in with the Undercoverism universe to co-exist with his streetwear and much-fabled about high-end couture.

Once one dares to tumble down the rabbit hole to immerse oneself with what Jun Takahashi has created with his Undercoverlab, the design studio that was formally installed in 2001, it becomes apparent that it is not mainly a designer house but a creative vehicle for Jun to shape and comment on the world, backed by a sheer endless array of references, allusions and a free mix of media.