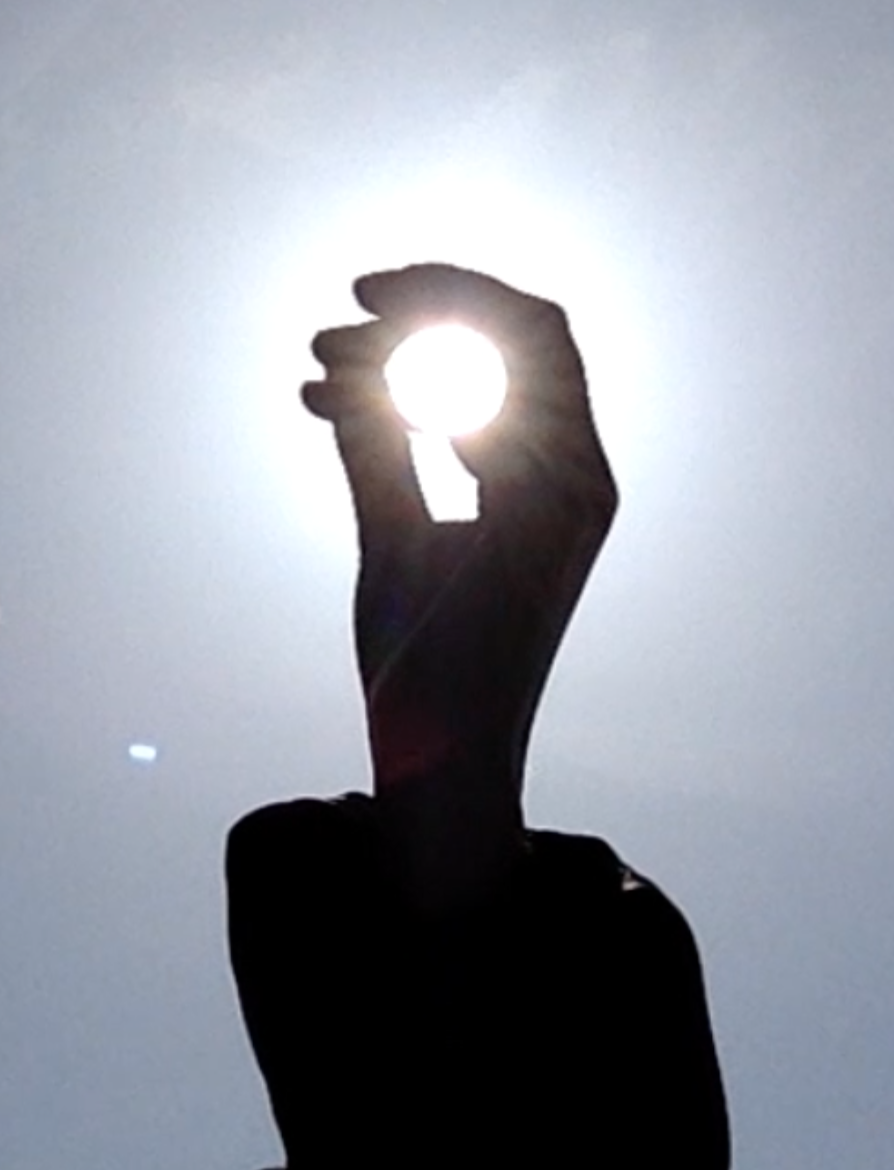 The Spiritual Revolution of Ambient Music

Electronic music and dance culture have often been associated with a sense of escapism. At times of great despair, individuals throw themselves headfirst into a rhythmic abyss – where solitary pain is traded for the collective height of a moment. For two years, our worlds were compacted into concrete walls after the World Health Organisation granted SARS-Cov-2 its aspired pandemic status. With clubs on hiatus and pandemic anxiety at an all-time high – ambient music rang louder in a year when artists re-considered their sense of purpose. Thrashing limbs, gripping hands, sweat-matted hair and contorted faces eased into the slow reverberations of inner tranquillity. In frenzy, more musicians look to the intersection between hedonism and spirituality, begging the question: Is ambient music blurring the line between the sacred and secular?

Musician KMRU‘s July 2020 album Peel, released during the peak of quarantine, provided solace for those in fright. Peel reflects the inner turmoil of solitary confinement where abstract field recordings and drawn-out tones unveil like the slow removal of one’s sanity. In a year of absolute immobility, Flora Yin-Wong‘s Holy Palm imbued the act of travel with iPhone voice notes of chanting monks, rolling waves, gongs and crows to engulf us in a cloud of holiday bliss. While Perila‘s debut album How Much Time is Between You and Me? lingered on the ephemeral. How Much Time grapples with ideas of space and isolation, which Perila captures through the trance-like sonic movements of a French Mountain village, from soft static to gentle vocals and lulling melodies.

Ambient music’s relationship to ritualistic traditions like meditation, ecstatic states and stillness is almost inherent. Throughout the 1960s, minimalist composers like John Cage, La Monte Young, Terry Riley, Steve Reich and Philip Glass adopted the genre by mixing it with Eastern spiritual teachings like Zen Buddhism’s silencing of the self and connecting with stillness. Even Brian Eno‘s ambient discovery owes itself to a sort of spiritualism. Recovering from an accident, Eno was given a recording of harp music to listen to. After putting the record on and settling into bed, he realised he’d set the amplifier’s volume too low, with one channel not working at all. Too tired, he let the record play and gave into this new way of listening. Through this, he discovered music at low volume becomes a part of our everyday environment, lending itself to a general ambiance. He later released his landmark ambient album Ambient 1: Music For Airports and Ambient 4: On Land and gave the genre its official name: ‘Ambient’. Ambient music had cemented itself in the same counter-cultural context of the experimental era’s search for new meaning.

By this time, technological advancements had catalysed the production of electronic music – throwing humans into parallel worlds that had previously only been present in niche spiritual rituals. Synthesisers and tape echo units allowed composers to reflect on the order of the Universe, controlling frequency spectra, pitch and duration to a new level of detail that was not possible with traditional musical instruments. Sensory deprivation or overload, whether through meditation and breathwork or sex and substance abuse, has long been documented by anthropologists as a way to achieve higher states of consciousness or “ecstasy” in several cultures: from the Indian yogic Samādhis to the ancient Greeks. Gilbert Rouget’s Music and Trance describes the term “ecstasy” as a specific altered state where one achieves “silence, immobility and solitude”. The repetitive beats heard in ambient music aid this process by acting as hypnosis on the brain. Frequencies of sounds and instrumental loops morph our reality and dismantle our perceptions of space and time – giving us the freedom to heal.

Frequencies of sounds and instrumental loops morph our reality and dismantle our perceptions of space and time – giving us the freedom to heal.

This new-age spiritual movement of the late 60s and 70s saw spiritual interconnectedness at its forefront. At the time, new age spirituality was seen as an offshoot of hippie culture, ideology and practice but has now widely been revitalised due to the heightened awareness of mental health. In the late Joan Didion’s Slouching Towards Bethlehem, the writer speculates that at some point, just after WW2, perhaps due to the rise of the “atomic family” or Hollywood and popular media, something broke in the social contract. The American youth were brutally crushed under Nixon’s totalitarian regime, the Vietnam War, and the War on Drugs – so they turned inwards to pacify themselves, giving birth to the hippie era. Since 2018, new age spirituality has become an everyday mundanity. Meditation and yoga are universally endorsed as de-stressing methods, while mindfulness apps are just a few taps away. The prevalence of tarot cards and astrology have infiltrated popular culture where even makeup brands have made it their mission to find out “which eyeshadow shade are you based on your zodiac sign?”

In the past 5 years, every conversation and thought heaves under the subtext of economic uncertainty, encroaching fascism and the existential threat of climate change – a head-crushing POV that has magnified throughout the pandemic. This resurgence of spirituality and “new hope” rhetoric is highly palpable in Didion’s striking excerpt from the same essay where she states:

“Anybody who thinks this is all about drugs has his head in a bag. It’s a social movement, quintessentially romantic, the kind that recurs in times of real social crisis. The themes are always the same. A return to innocence. The invocation of an earlier authority and control. The mysteries of the blood. An itch for the transcendental, for purification. Right there you’ve got the ways that romanticism historically ends up in trouble, lends itself to authoritarianism. When the direction appears. How long do you think it’ll take for that to happen? – is a question an SF psychiatrist asked me.”

With more lockdowns encroaching, mutations rising and numbers inflating – is ambient music’s revival here to stay? Are the chill-out rooms of the 80s on a new up and up? Perhaps the end of the pandemic may not prompt the mindless hedonism we were all once used to or hoping for. The innate spiritual role of ambient music illustrates a re-enchantment of our daily lives where everyday spirituality and wellness culture have sacralised popular culture, blurring the line between sacred and secular. If the pandemic has taught us one thing, it’s that music has a profoundly healing power, where even in times of disconnection, we are collectively grounded to earth.