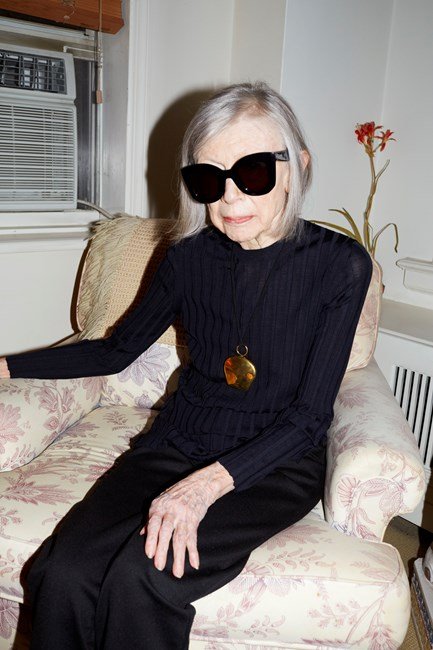 The Potent Joan Didion: A Life That Touched

“You had to feel the swell change. You had to go with the change. He told me that. No eye is on the sparrow but he did tell me that.”

It is extremely rare to find in a writer with prose so sharp, poignant and polished that it is an aesthetic pleasure to even skim over any section of their writing. Even rarer is it to find one whose work can be identified by simply looking at the writing as it stands on the page, the way it is scalpelled with needle like precision to the paper, a blinding mosaic of broken glass fitting together like a grotesque puzzle, razor sharp, impressive, cutting. 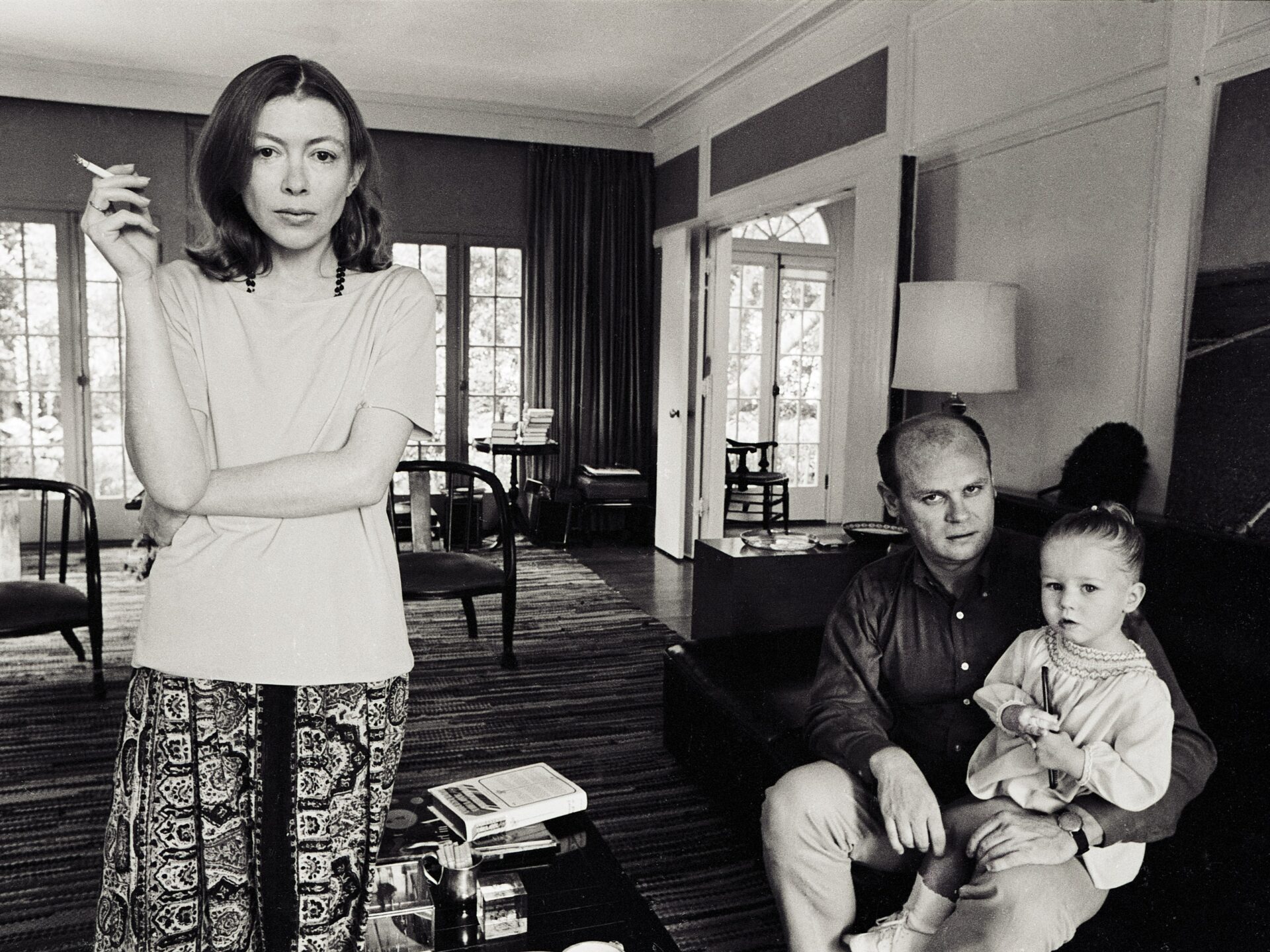 Joan Didion is one such writer whose work ricocheted between lucid, idiosyncratic observation and jarringly intimidating reportage, examining the unraveling of American society and morals. Didion’s signature style has always been impressive. Her portentous and eerie ruminations on life, family, travel and death have long attracted a specific type of reader that equally appreciated the descriptions of her California homes, and the chic literary set that came and went at mystifying speed. Not to mention the relentless travelling, the pools, the dinner parties, the clothes and her inimitable journalistic career that could marry down and out chaos in El Salvador with in-crowd culture that gave her oeuvre an elitist allure in its detachment and sophistication.

Despite the aspirational nature of her life and writing, Didion’s work shines brightest when the subject is at its darkest, and despite her sometime reputation as a ‘pretentious rich writer’ on the west coast, the appeal of her writing comes from her ability to convey herself not just as a resident but as a decidedly lonely outsider, always looking in. This skill, consciously applied or not, gave her work a universality that cuts through all of the beach houses and name dropping. A pervasive tone of fear, anxiety and guilt follows her every move and at times threatens to sink many of her works into singular ruminations on melancholy and the futility of the human condition . And it’s hardly any wonder why. Didion and her late husband John Gregory Dunne made masterpieces out of writing about LA during their life together, but she was to lose him to a sudden heart attack as they dined together, “Life changes fast. Life changes in the instant. You sit down to dinner and life as you know it ends.” After his death she made even more potent masterpieces out of his death (My Year of Magical Thinking) and soon after the loss of their daughter, Quintana Roo (Blue nights) who she lost at thirty nine after “a cascade of medical crises.” 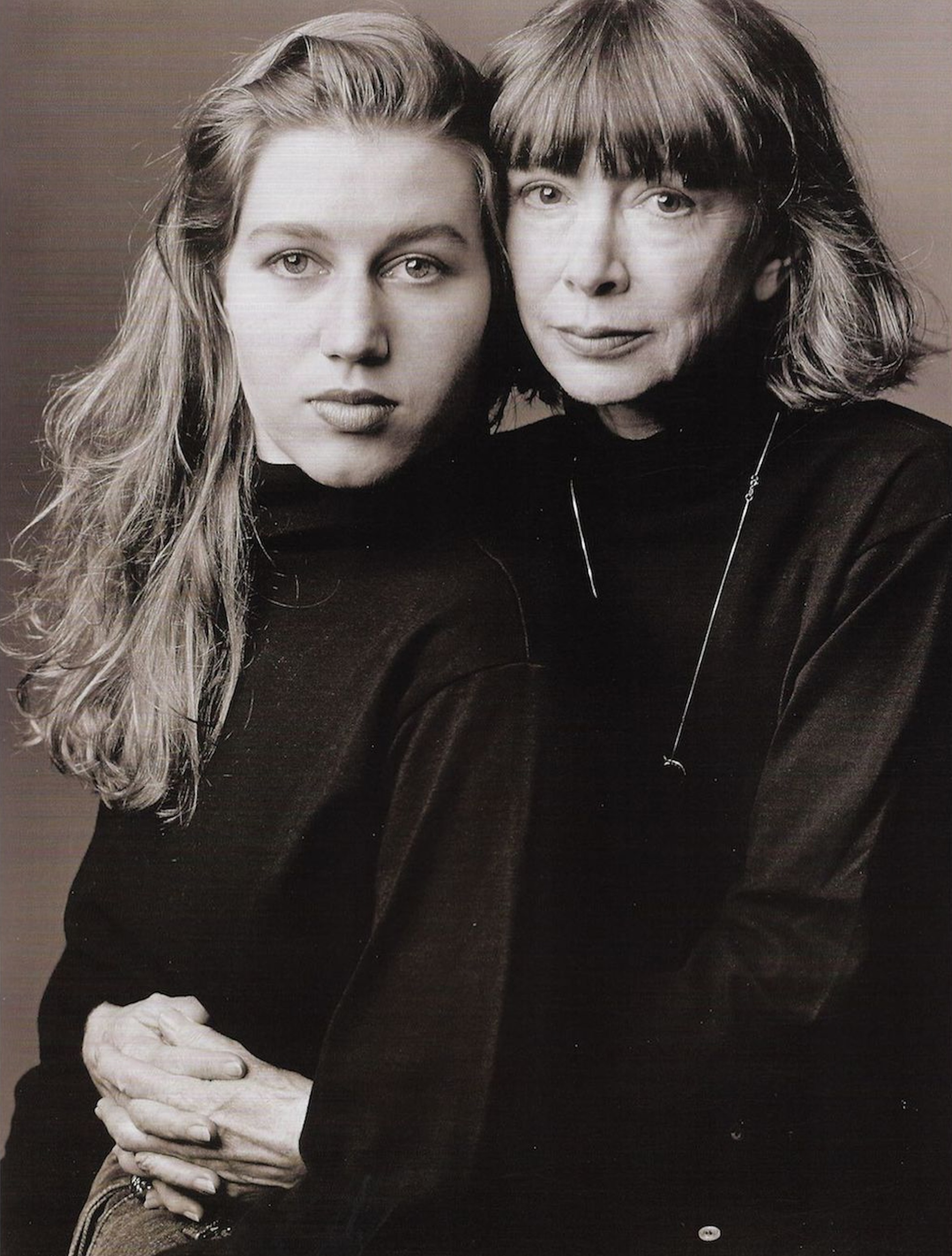 Her ability to narrate disaster, to handle it and wield it into something painfully dazzling is the gift she leaves to the world following her death at the close of last year. There is always something prophetic lurking in her writing, with a calm, knowing focus on the senses of the gut, of intuition and of instinct. This predictive coolness is perfectly captured in the opening lines of Didion’s 1964 essay “Los Angeles Notebook:”

“There is something uneasy in the Los Angeles air this afternoon, some unnatural stillness, some tension. What it means is that tonight a Santa Ana will begin to blow, a hot wind from the northeast whining down through the Cajon and San Gorgonio Passes, blowing up sand storms out along Route 66, drying the hills and the nerves to flash point. For a few days now we will see smoke back in the canyons, and hear sirens in the night. I have neither heard nor read that Santa Ana is due, but I know it, and almost everyone I have seen today knows it too. We know it because we feel it. The baby frets. The maid sulks. I rekindle a waning argument with the telephone company, then cut my losses and lie down, given over to whatever it is in the air. To live with the Santa Ana is to accept, consciously or unconsciously, a deeply mechanistic view of human behavior.”

It seems then less coincidental than eerily prescient that her death meets us towards the end of the pandemic, as though she knew, ravaged as we all are by the collective disasters of recent years, it was the perfect time for a new wave of converts to discover and find solace in her work. 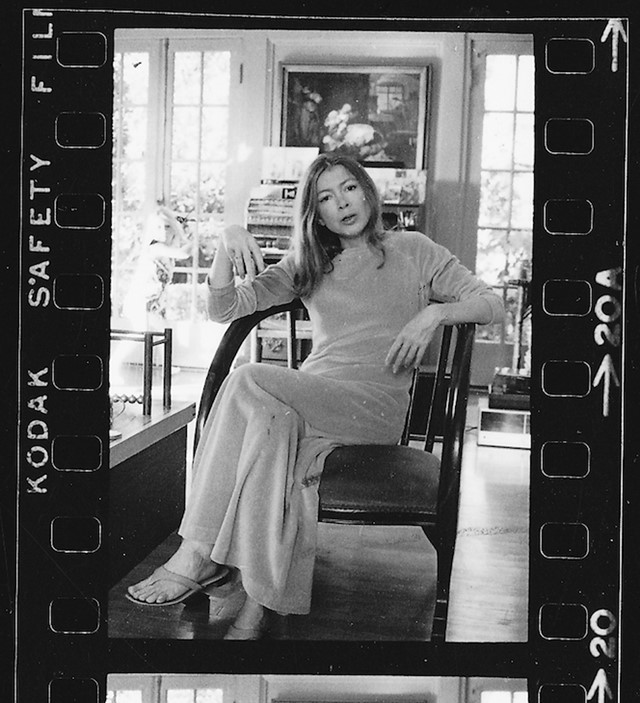 Joan Didion’s life was marred by unthinkable tragedy and by immense loss, with the kind of sick timing saved for the darkest of tales, yet she wielded all of her grief with the steeliness of a woman armed with an unshakeable lust for life and an unerring faith in beauty, wherever it may be found. Readers of Didion will know the exact moment I speak of, when reading any of her passages on the death of her husband, daughter, health or home, you can feel the symbiosis between the grotesque bleakness and hollowness of grief and the relentlessly polished luxury of her Santa Monica home, and the star studded carousel of dinner guests and movie stars.The palpable importance of style. Didion never relented in her fight to mould the horror of life into a barefoot walk down a beach in Malibu, where the air is slightly too hot so that hair sticks to your face and the light just too bright to see. Joan’s lifelong and outspoken distrust of anything too fashionable only served to add to the aspirational luxe that covered her writing and her life like a thin, almost imperceptible veil. 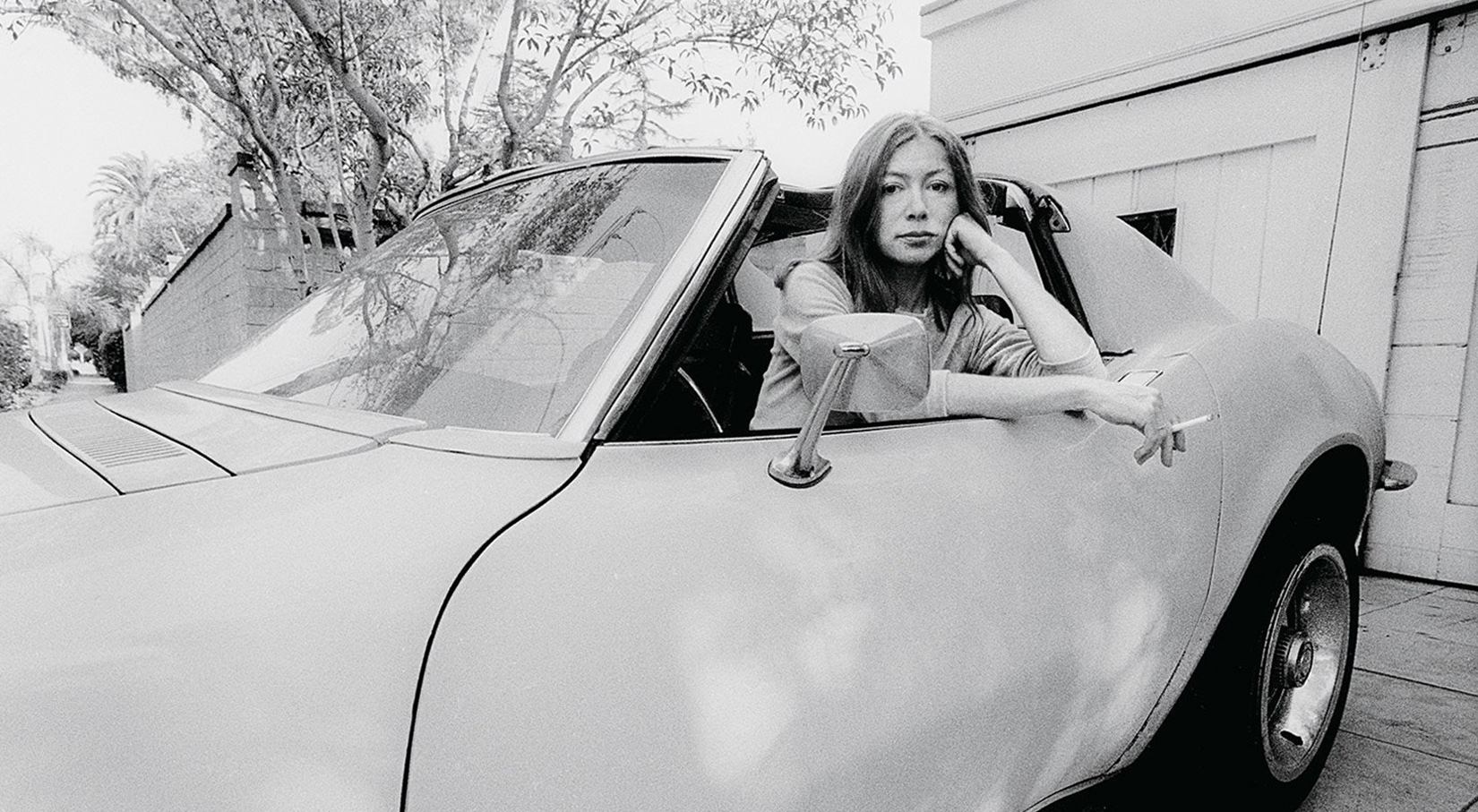 There is a perversity to Joan Didion’s life and work and her ability to marry azure blue with the deepest black that feels so potently relevant now. The last two years have been traumatic in their misery and many of us can sit eye to eye with loss of the magnitude that Joan experienced. What was once normal life ended overnight. Nobody understood that feeling more than Joan. Didion’s life and work offers a knowing remedy to the complex array of losses we have collectively suffered, namely to sit with the grief, feel it as deeply as you humanely can and then get up and turn it into something magical.