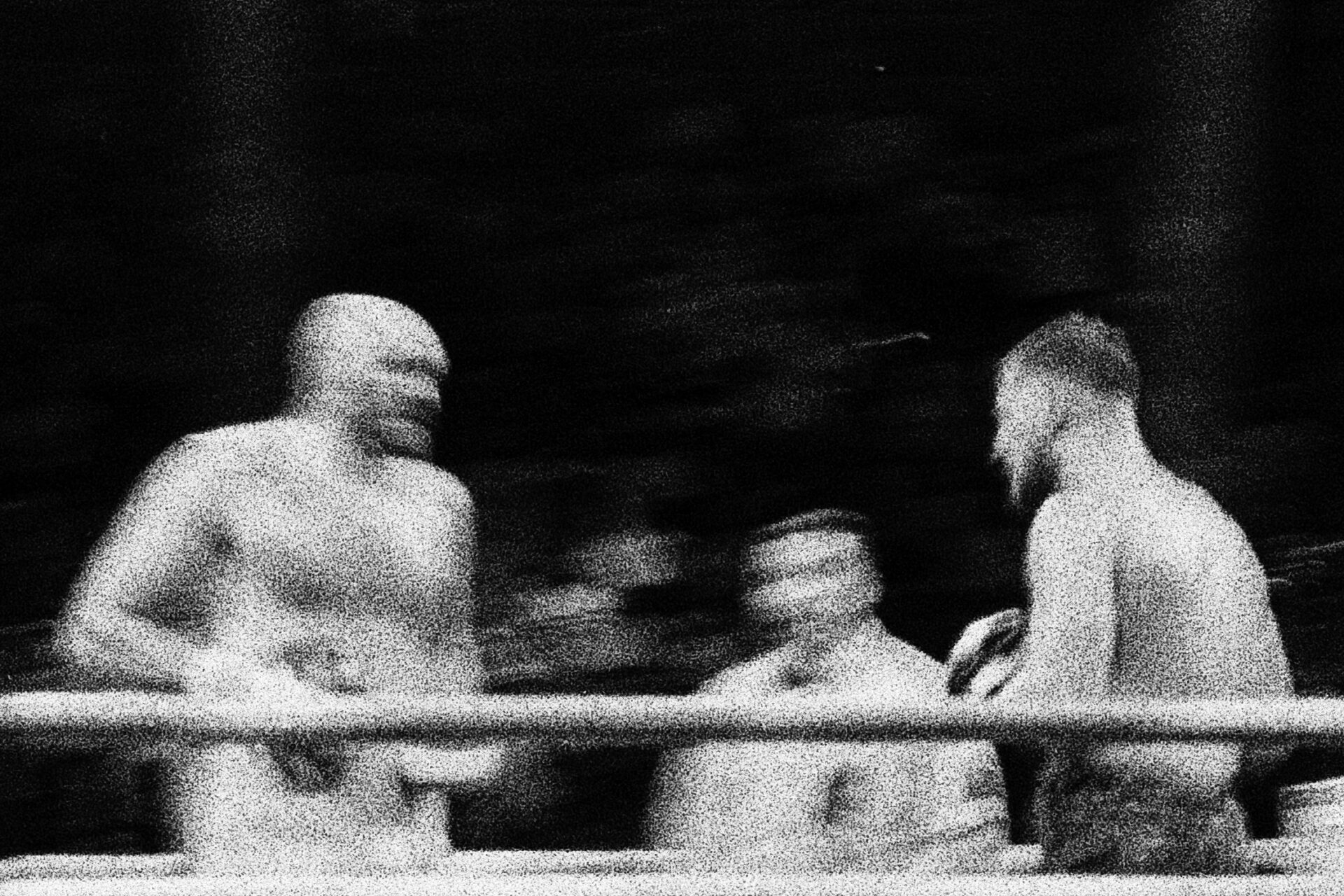 Kingsley Ifill: Within and Without

Oscillating between Paris and a small seaside town on the coast of England, Kingsley Ifill inhabits the world of contrasts. With his intimate black and white photographs, he manages to capture the worlds within … and without.

Ifill’s practice navigates the intersection of photography, printmaking and painting, leaving room for interplay between mediums, and indisputably, playful iterations of his subject matter. 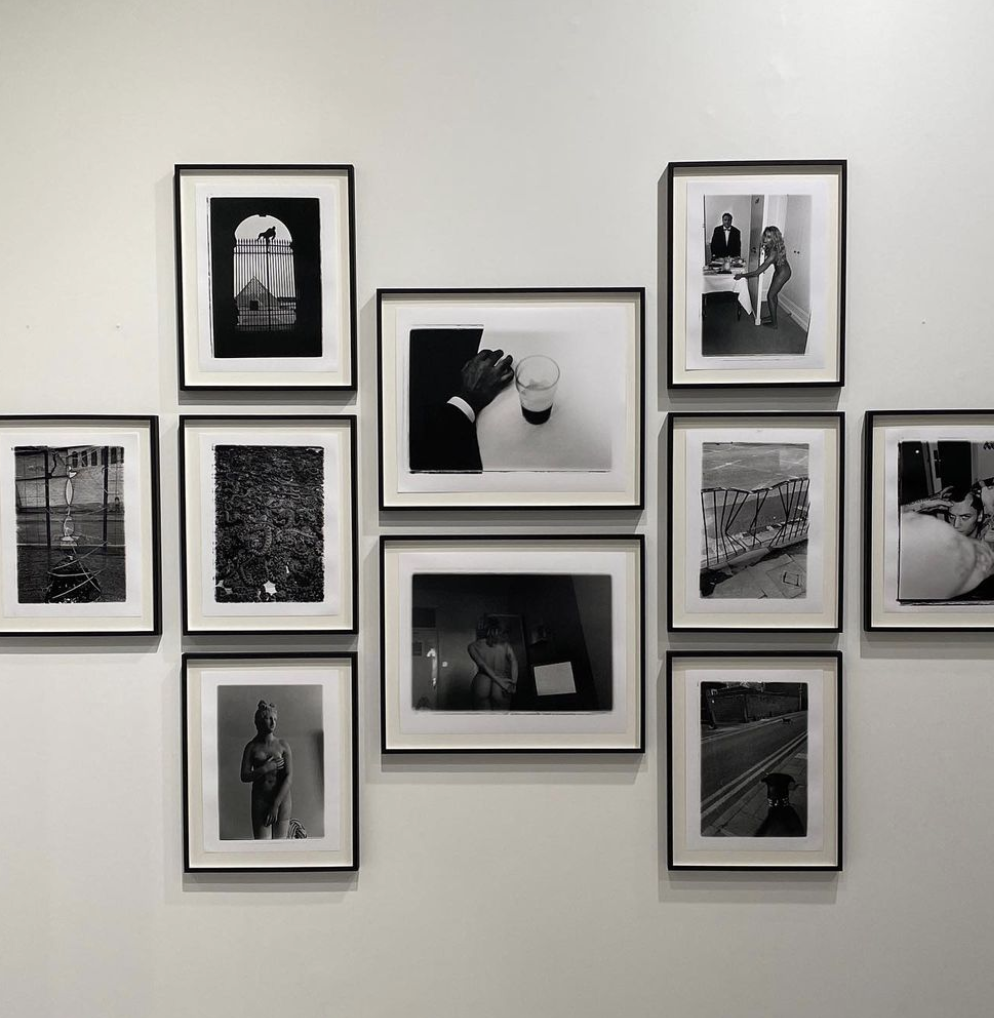 Kingsley, what have you been up to lately?

A couple of days ago I went out fishing about 8 miles off of the coast in a storm and at one point, I thought I might die. The week before I finished putting together a photo book which I printed in my studio using a risograph machine. During the summer months, I try not to spend too much time in the darkroom and have been carving some frames out of wood, sitting in my yard. Going on drives in the evenings. I seem to have picked up a habit during lockdown where I find different random car parks and sit in my van listening to music for hours. Sometimes making phone calls, reading books, feet up on the passenger seats, or gazing out of the window. People watching. I’ve also been painting a lot, jumping out of bed in the morning, excited for what might happen in the studio throughout the day that follows. It’s not always like that for me, so I’m riding the wave whilst it’s here. 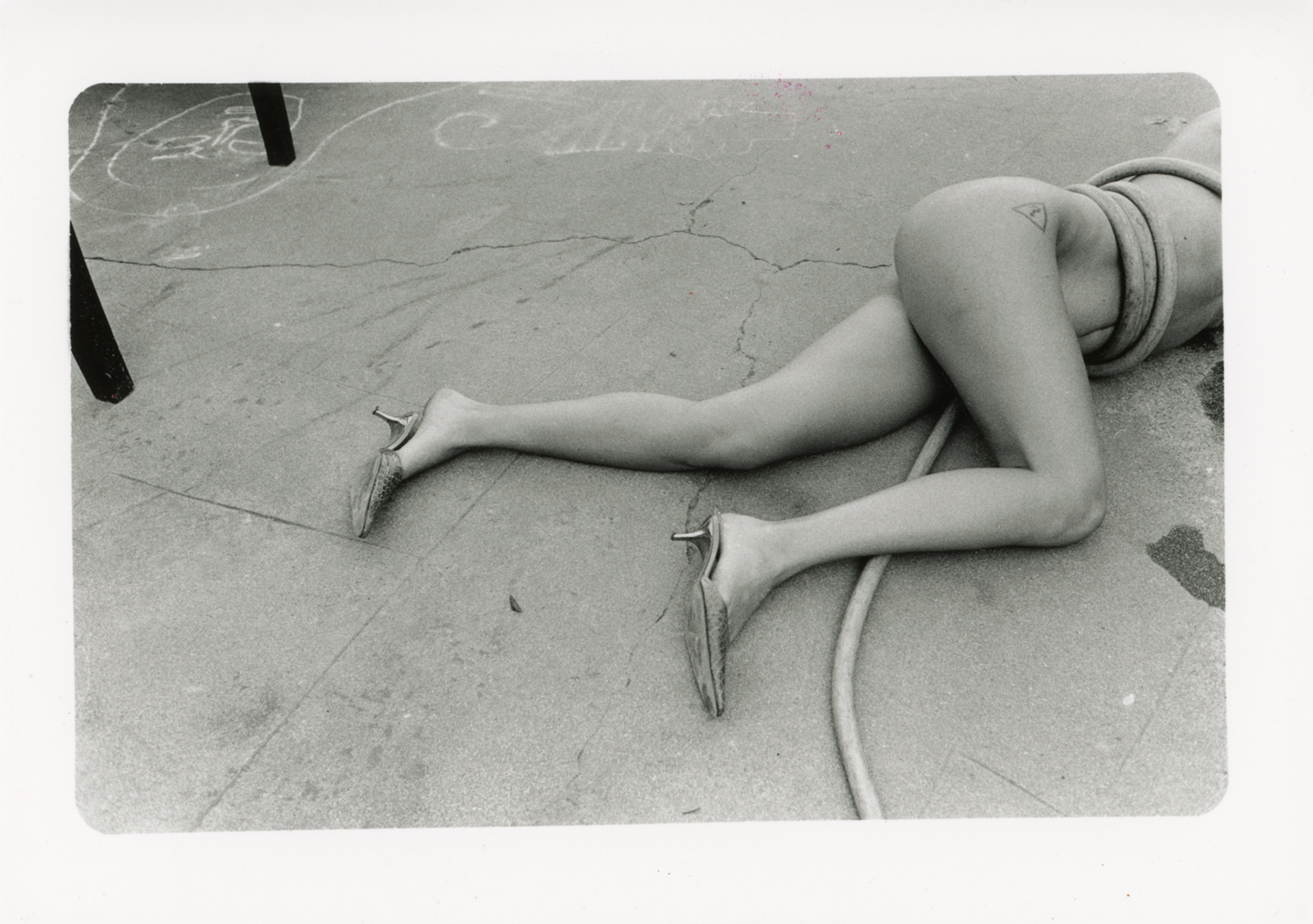 Can you tell me a little bit about your background in photography? 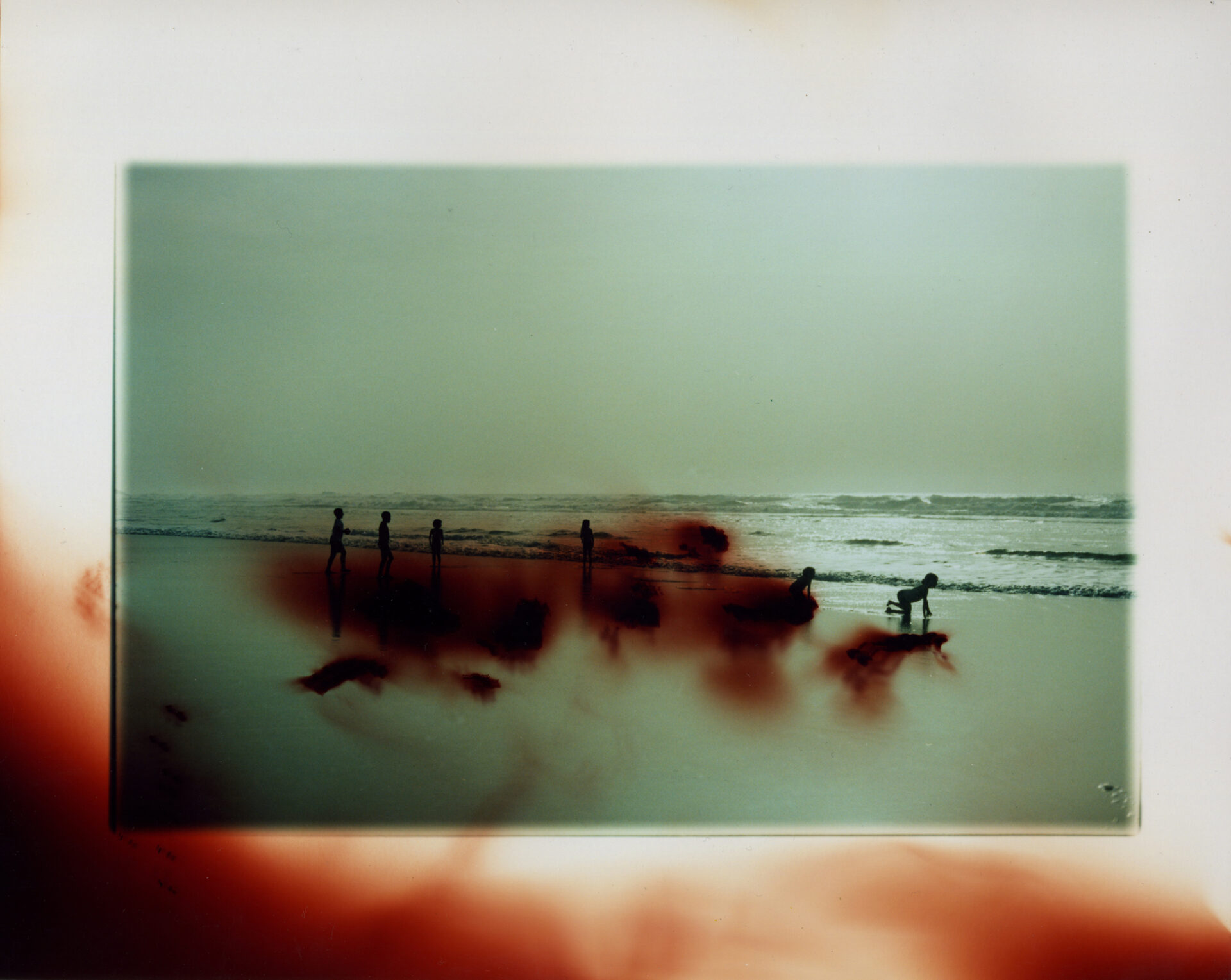 Is it right that you live in a small seaside town? What is the best part about it?

Not always, but I’ve got a studio here and I’m writing this sitting in the flat above it. I moved to Paris last year and then came back again once the government enforced the curfew. Here, it’s more like a nest or a base to leave and return to when the time comes around. The best part is the sea. The food is also good and the air tastes sweet. The clock ticks slower. People are tough but generally happy, a perfect mix of cruel and kind. 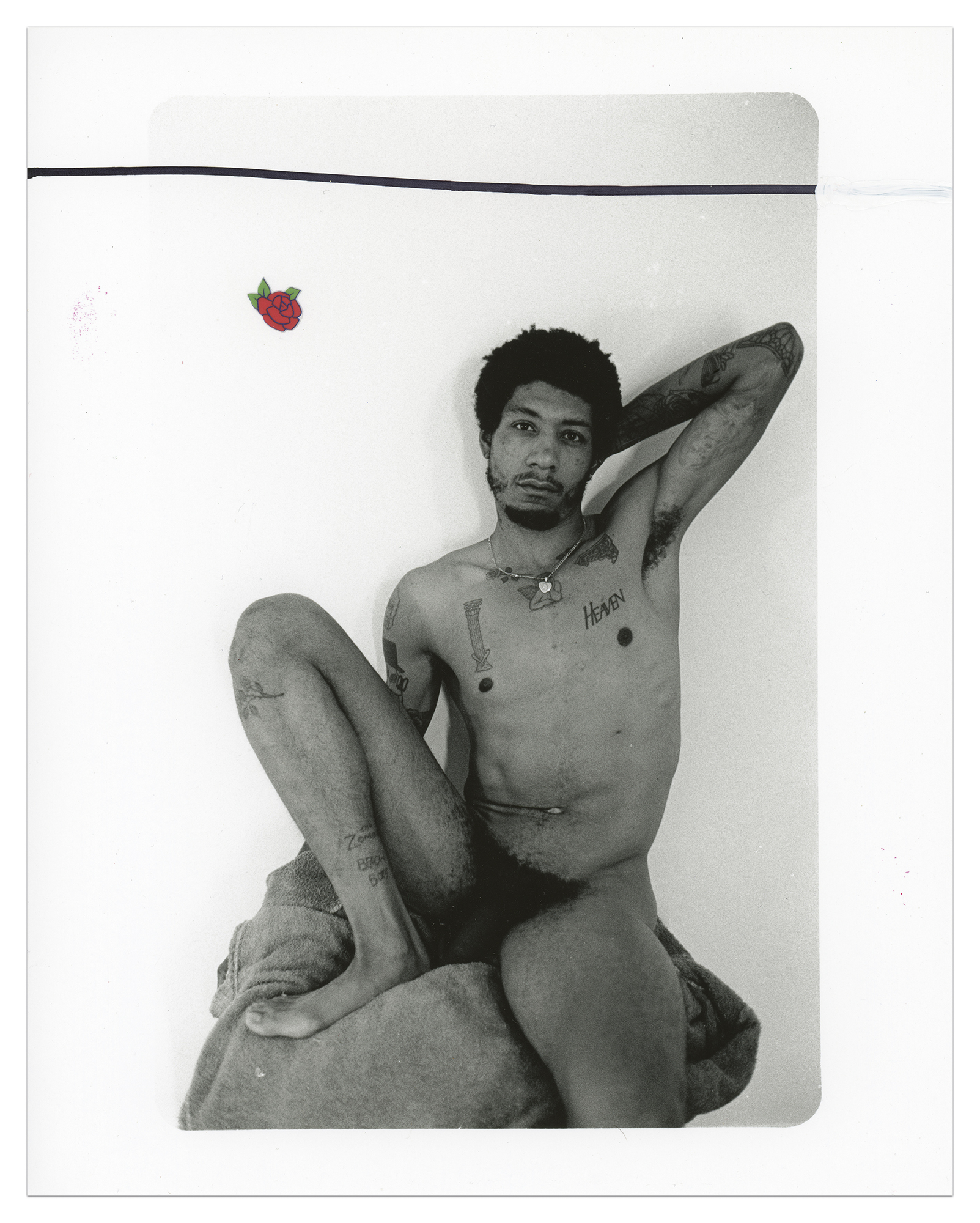 How would you describe your connection to the darkroom?

It’s sacred and like a best friend. It swallows up my problems and irons out my creases. Some people go to therapy, some people go to bars. In fact, I’ve spent half of my life in bars and pubs. But these days, I just turn the lights off and let the red lamp glow. It’s like being back in the womb. A continuous cycle of growth, and sometimes repair, if something needs patching up. 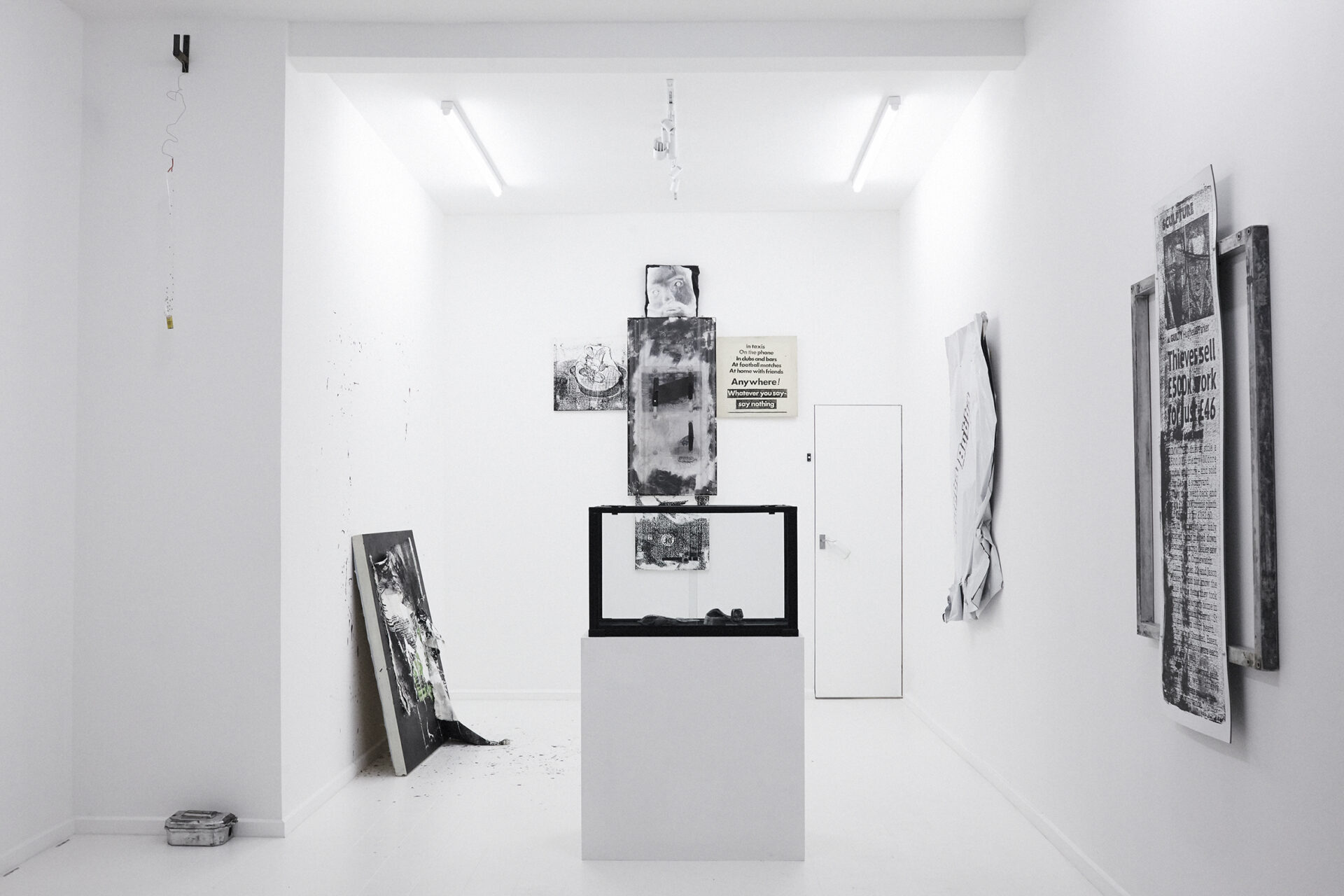 Who’s inspiring you and how have these inspirations translated to your current practice?

Less talk, more action. Anyone that’s cracking on and doing their thing without the influence of trends or public approval. Those that are grafting full-time jobs to get by, that still find the energy to pursue their craft despite everything in life weighing against them. The people out there that are too shy to show their work to others, but make it because they have to. Anyone digging out their own path. 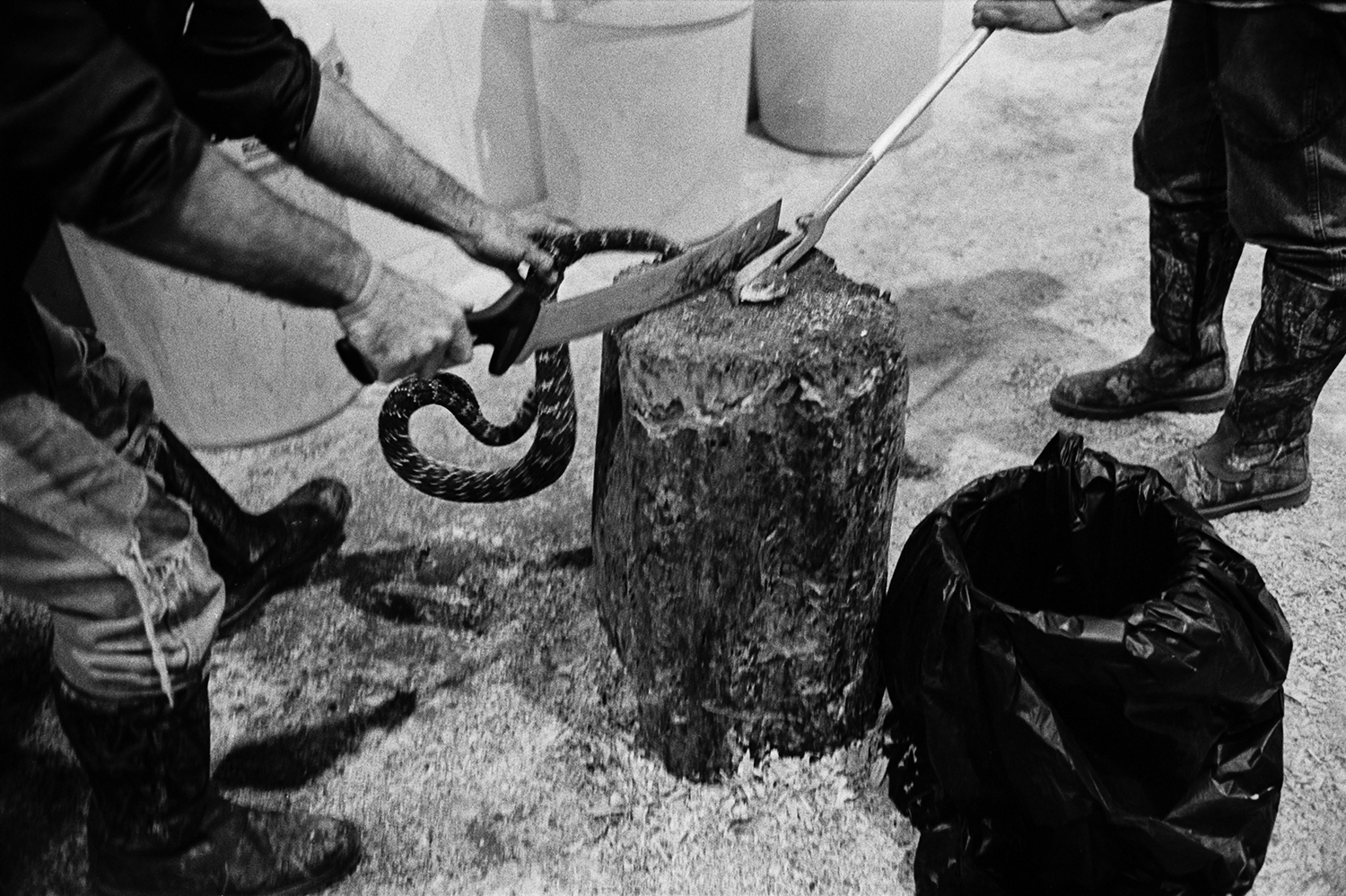 Yes and no, it depends. I get a lot of parking tickets, but I try not to speed in 30mph zones. 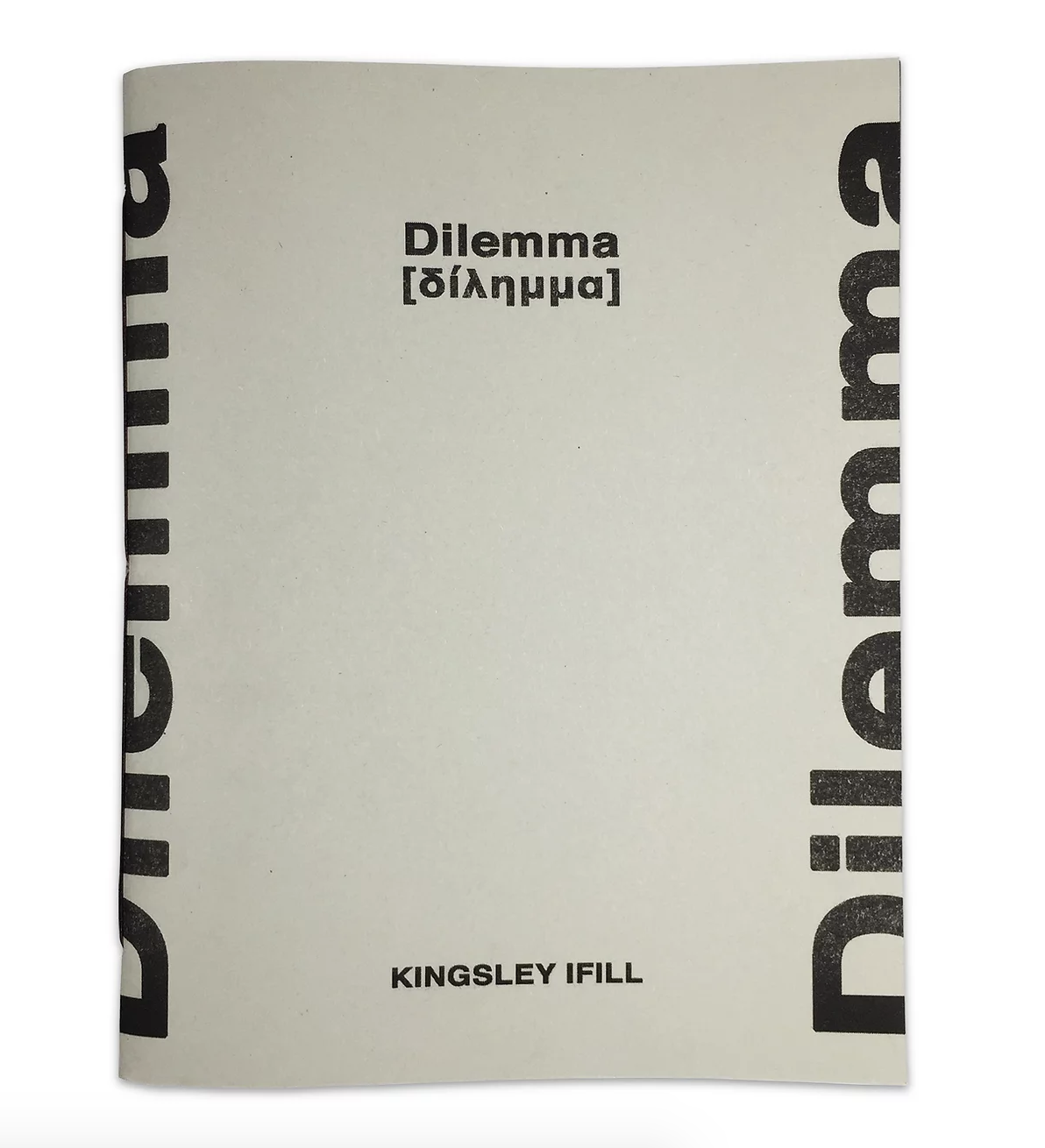 You have a couple of new books and zines in the works. What’re you working on at the moment?

The recent book I published is titled Mouth-To-Mouth. Which was inspired by my relationship with the machinery in my studio, sparked by an incident where my risograph machine had fallen into a coma, which I then resuscitated and manually fixed by way of trial and error. Samuel Butler talked about the hen being an egg’s way of making more eggs. This circuit is interesting to me. Along with ideas about ideas in contrast to say, the void sought through zen, together with the discussion on what in this world today, could be perceived as organic. Is the egg’s shell in the same boat as a printer? And why did I feel the need to bring the machine back to life? Am I dependent on the connection I share with these machines in the same way I am with humans? Are they dependent on me? Are human beings art’s way of making more art? Nature’s way of discovering itself? The man and the mirror. It’s 8am here and I’ve just necked my first pot of tea.

[Also: Dilemma, Crucifixion on Caulaincourt and Eye For A Sty, Tooth For The Roof / Danny Fox & Kingsley Ifill] 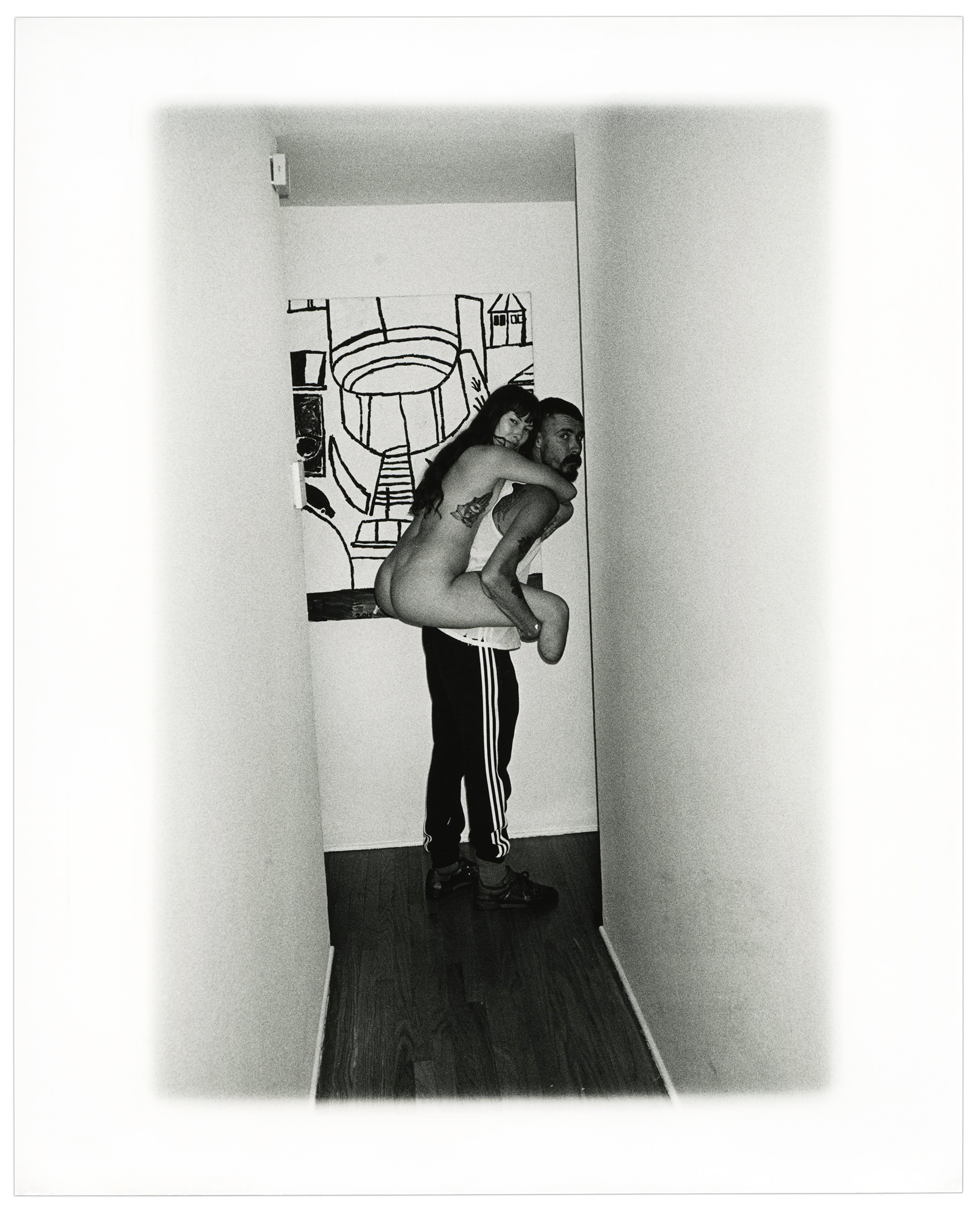 Can you tell me a little about your work with Danny Fox and how you two got to working together?

We met in London about ten years ago. Maybe we’re cut from a similar cloth, I’m not sure. Danny’s from the further point in south-west England, I’m from the furthest south-east. We met in conflicting circumstances, then ended up getting along and have been good friends since. In regards to the last project we did, I wanted to make a series of portraits and Danny needed source material for paintings. It came together naturally. 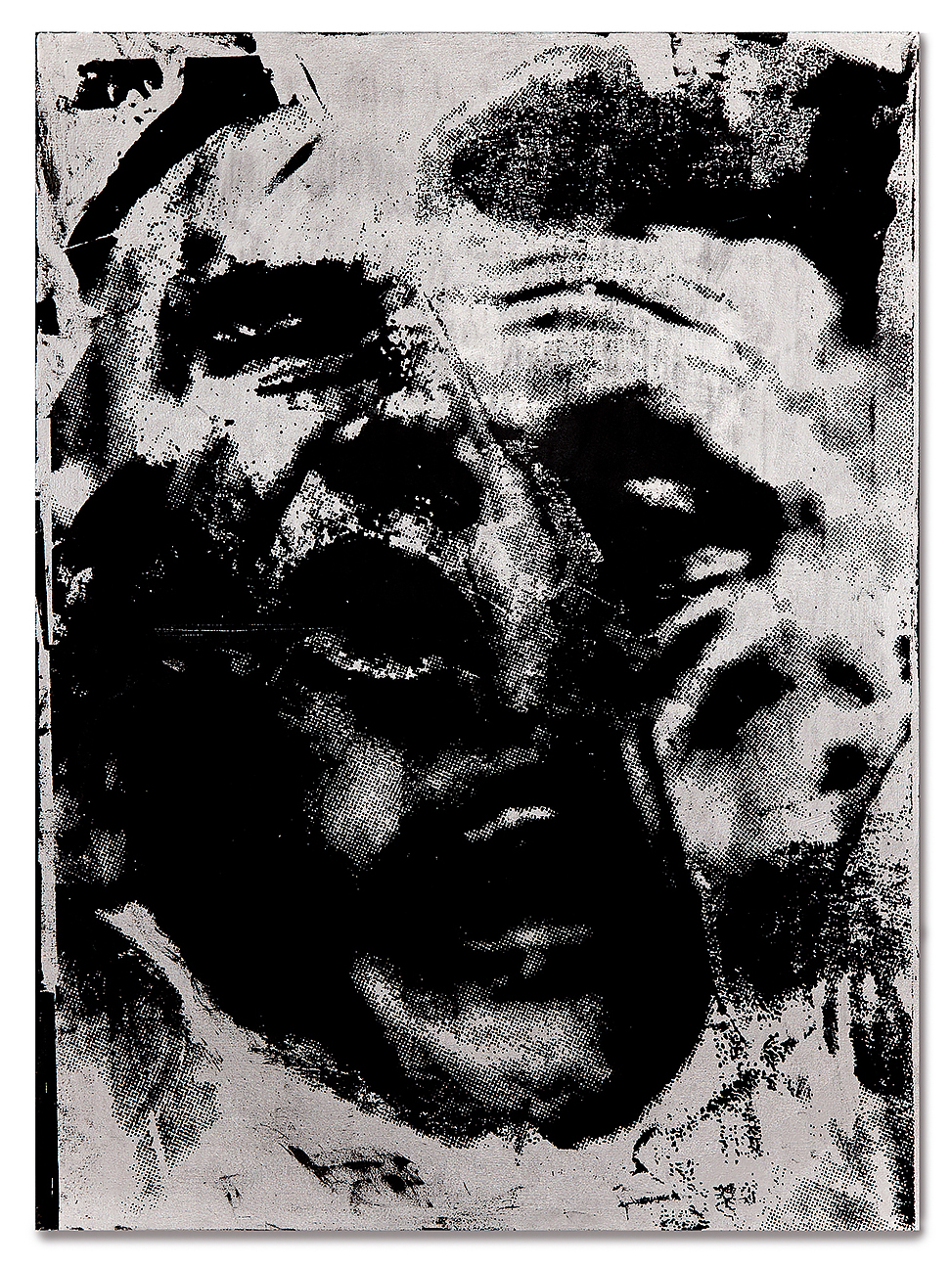 What monumental moments in your career have shaped the course of your future?

Every new day feels monumental. I had a job delivering newspapers every morning at 6am when I was twelve years old, almost purely because I secretly enjoyed getting to see all of the photos and cartoons. At one point on the route, I’d have to key in the door code to a big retirement home and tiptoe quietly through the corridors to drop off to different people in the building. The cafeteria wouldn’t yet be open, but the door was never locked, so every day I’d sneak in there and thumb my way through each different paper. Maybe there were five or six different types at the time. When I recall that memory, part of me thinks that it’s possible I wouldn’t be where I am today, doing what I’m doing, if I hadn’t had that job and the discipline of those early mornings sludging through snow in order to have five minutes of peace and solitude with the world in inky, thin paper. And to be honest, not much has changed. Instead, now I wake up and if I’m lucky, I’ll be greeted in the studio with images that have worked out from the day before. 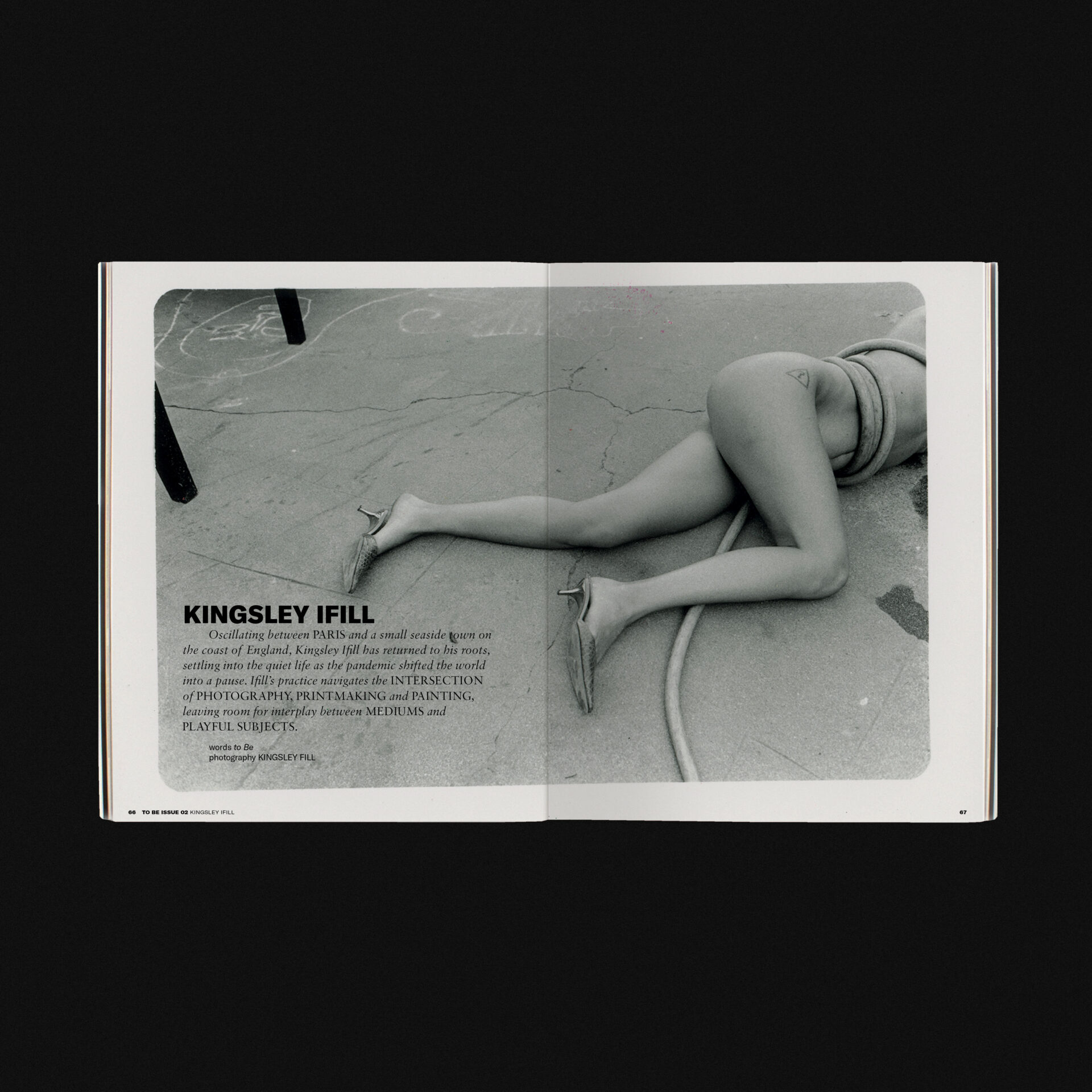 Contrast, high or low, never in between.