The Art of the Tomikono Wig

Wigs present a freedom that for many of us has gone unexplored. The ability to change the colour, texture and length of your hair depending on your mood is a tantalising thought. Changing one’s hair can completely alter one’s entire persona, mood and presence. Perhaps, this is why the sight of Tomikono’s beguiling handmade wigs, hair extensions and “head props” are so alluring. 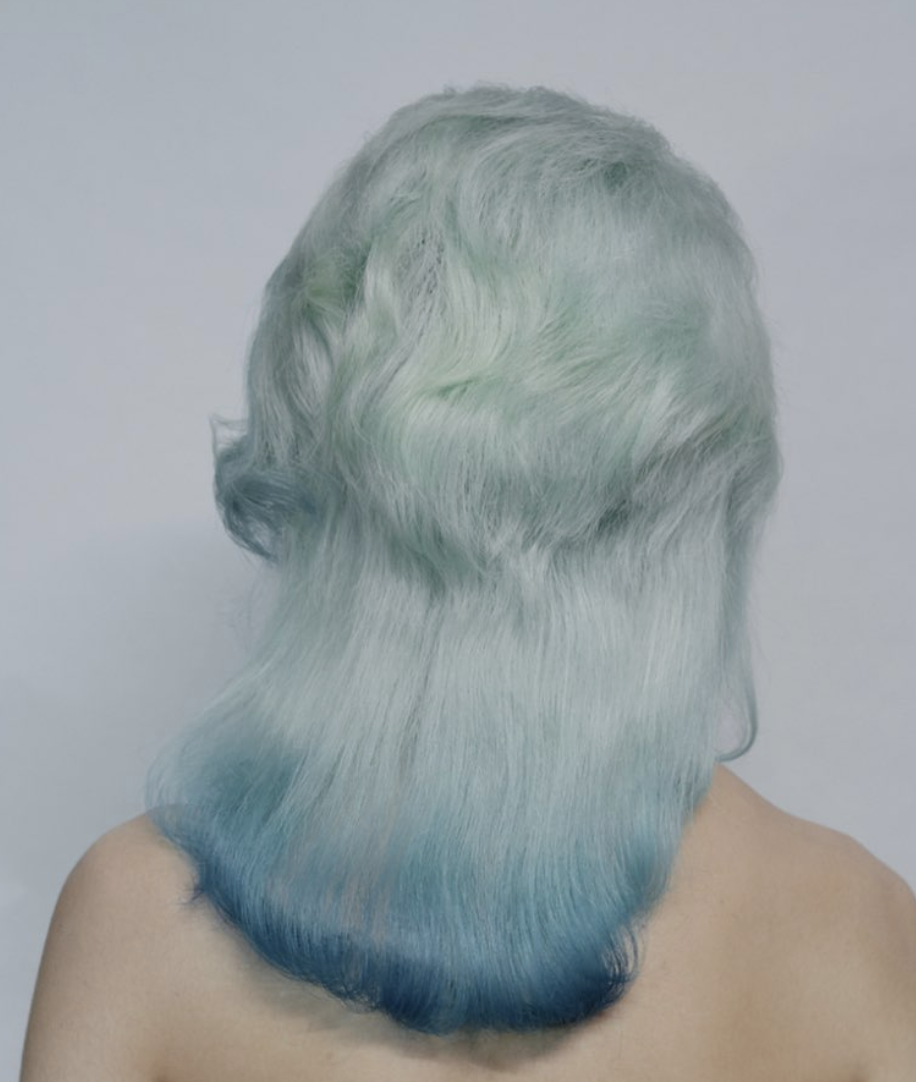 The mastermind behind Tomikono Wig, Tomihiro Kono, grew up in the rural town of Shitaba and moved to Tokyo in his twenties. He then apprenticed under influential hairdresser and mentor, Takahiro Uemura, who is also the founder of Dada Cubic in Harajuku. Since then, he has lived in London and New York, recently moving to Japan during the Covid outbreak.

The evolution of Tomihiro’s creations are marked by a string of historical references. The idea that wigs once symbolised status was an interesting notion for Tomihiro. From the Ancient Greeks to the court of Louie XVI, wigs were the epitome of sophistication. 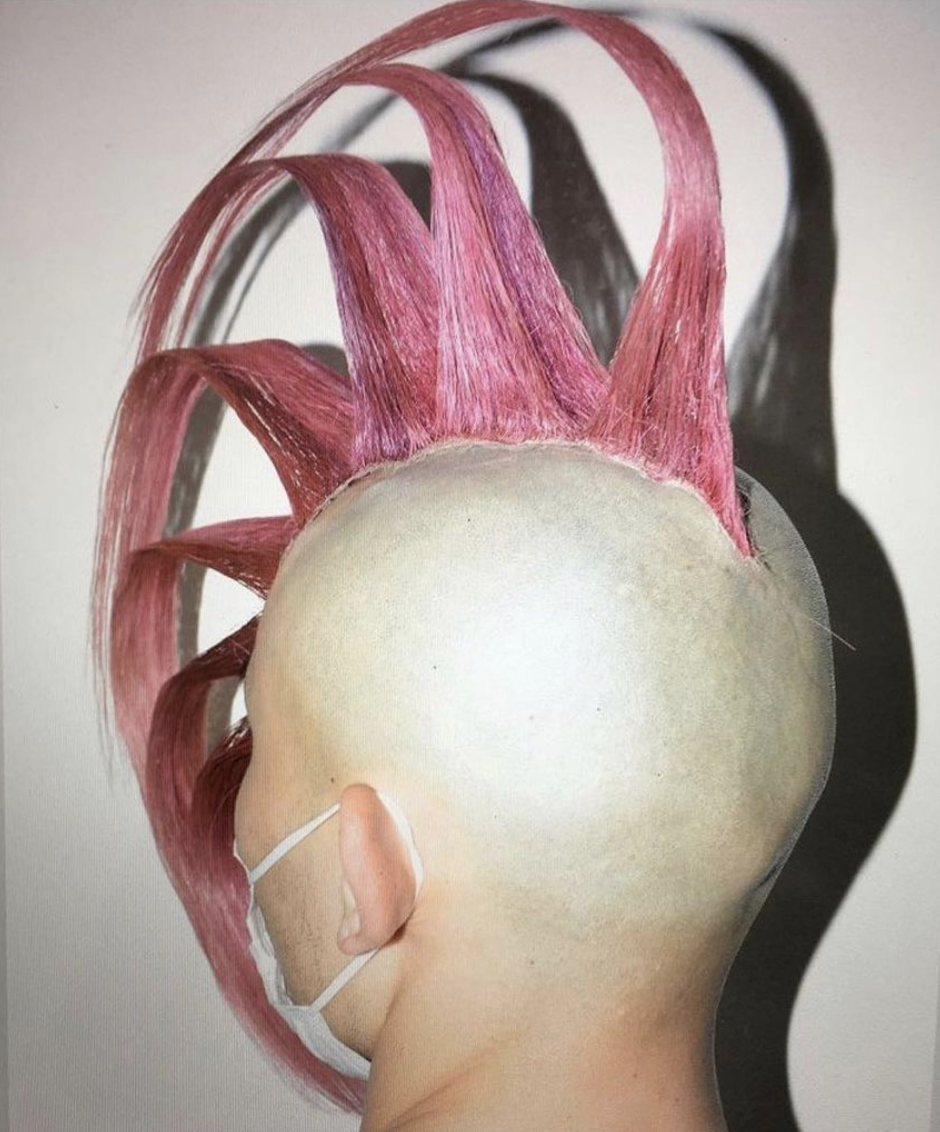 One thing that unites all of Tomihiro’s wigs is their astounding delicacy and lightness. Often, it seems that each strand of hair has been meticulously fashioned to curve or fall in a particular way. Although many are quick to associate the wigs with the punk aesthetic, as suggested by Anna Battista in her essay for Tomihiro’s second book Personas 111, there is an element of calculated perfection to these otherwise otherworldly and eclectic hairpieces.

However, the most powerful quality of the wigs is not their aesthetic beauty, but their ability to mobilise self-expression. Tomihiro is fascinated by the use of masks in ancient Greek and Latin plays. Masks were employed to transform an actor into his character and fool the onlooking audience. He often credits the transformative power of the mask as a key motivation for his own creations.

Additionally, Battista claims that, “when you put on one of [Tomihiro’s] hand-crafted wigs you take on a different “persona” – a term that in its Latin etymology referred to a theatrical mask – and become an entirely new character.”

“My passion is to transform people into various characters – a dramatic change in life,” said Tomihiro in an interview with Tokyo Weekender in 2020. Tomihiro also regularly publishes books as a means of archiving and sharing his creations. Published in 2017, his first book titled, Head Prop, documents his distinctive head prop creations made between 2013 to 2017. The book examines his creative journey and inspirations through a range of detailed sketches, models, and finished concepts. 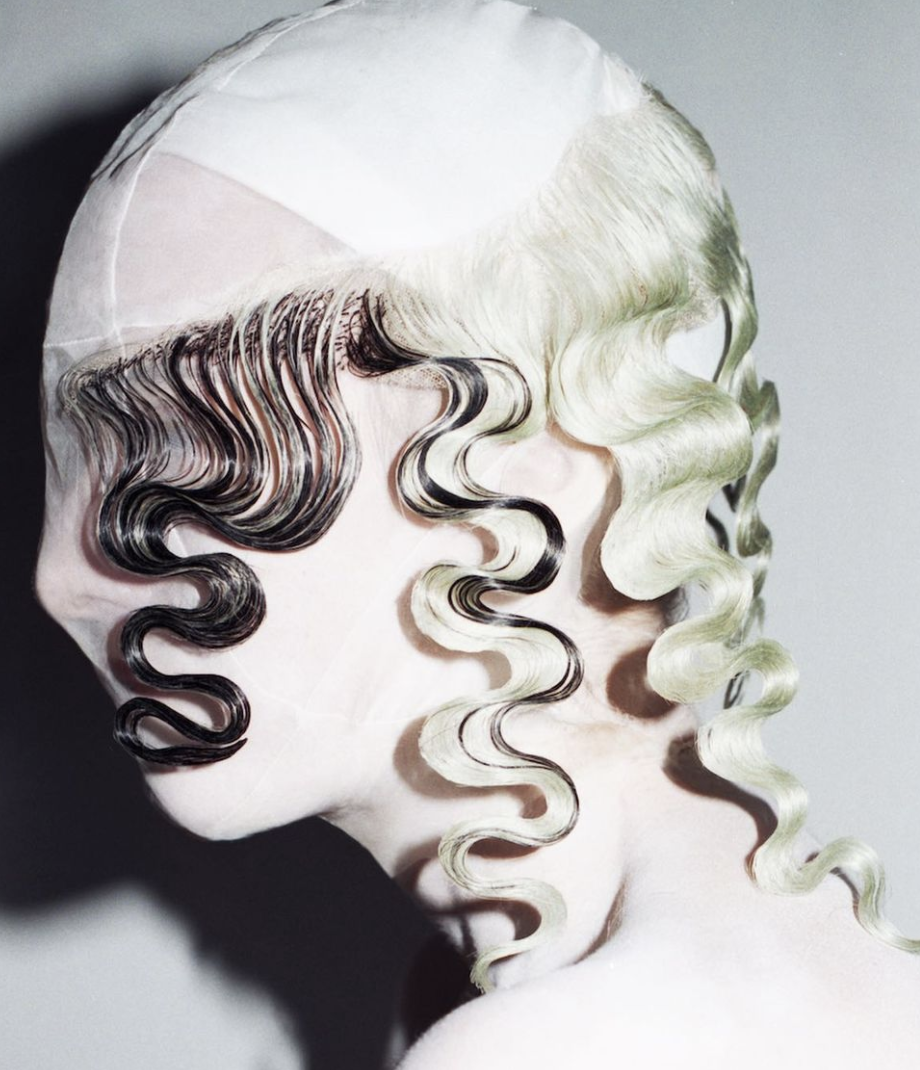 Tomihiro’s second book, Personas 111: The Art of Wig Making 2017-2020, which was published in 2020 amid the outbreak of the Covid pandemic, showcases an eclectic collection of 111 different wigs. The book was photographed and designed by Sayaka Maruyama.

Tomikono Wig’s has a variety able to transform or match every persona. Whether you want to embrace your inner pre-Raphaelite or be cyber-age Joan Jett, Tomihiro has a creation that will help you realise your fantasies.

Tomihiro’s creations and texts are available through the Tomikono Wig website.