The Hacker, a household name if the house has a stained carpet, and Commuter, a Kraftwerk-inspired electronic-all-rounder, are two rather large names in techno and all of the sub-arms that drizzle outwards.

The signature style of both in this eclectic Chernobyl-inspired electro-bonanza, is one for pure and honest enjoyment. The release is certainly something a little left of centre for the pair. 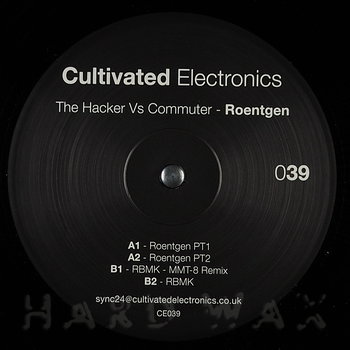 The Hacker and Commuter, Roentgen on Cultivated Electronics.

Eluding to “vintage electronics” and “machine funk,” according to Cultivated Electronics, “here they deliver punchy electro tracks…but with a modern touch that will hit all the right notes for electro fans.”

With track names such as ‘Roentgen’ (a unit of measurement for the exposure of X-rays and gamma rays) and ‘RBMK’ (Chernobyl’s nuclear power reactor), the pair have plunged us into their imaginary soundtrack for their collaborative EP on Cultivated Electronics.

Released on June 22, 2021, it’s certainly a demanding EP that you might need to delve into.

Subscribe now for the latest in counter-culture from across the globe.