Founded in Florence by Antonio Glessi and Andrea Zingoni, the ‘most unclassifiable audiovisual experiences to emerge from Italy in the 1980s’ was largely governed by Maurizio Dami a.k.a. Alexander Robotnick, considered ‘a pivotal member’, according to Mannequin Records. 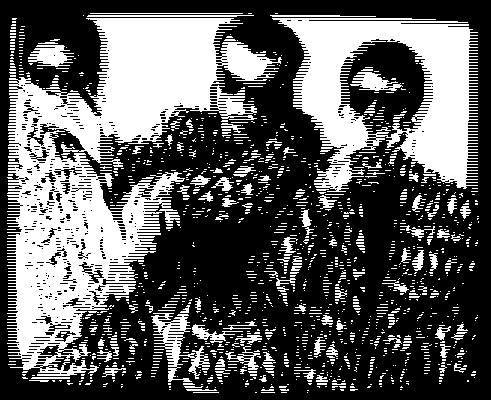 GMM was an art collective that extended its creative endeavours to voyeuristic avenues such as fashion, music, art installations and everything in between. GMM was quintessential to the exploration of transmedia hybridity and a foreword to the current colossal metamorphosis creative mediums are undergoing due to technology.

The GMM Suite LP is a touchstone for the adoption of the most affordable digital synth in the 1980s, the alphaSyntauri, which navigated GMM’s now renowned sonic identifier. Alexander Robotnick’s first contribution to the group was GMM’s first video, which also created a legacy for GMM’s aesthetics. The video entailed ’an animated version of a computer comics [that] they coincidentally published on…Frigidaire magazine,’ according to Mannequin Records.

You can check out a 13 minute excerpt of GMM Suite LP, here.