Glenn Martens is ushering in a new era for the old and gold lifestyle brand Diesel with a new and racy edge for his inaugural SS22 collection at Milan Fashion Week.

The SS22 film was scored by composer and musician Leon Vynehall, evolving in a familiar environment woven together with a distorted style—a dialogue between reality and dream. 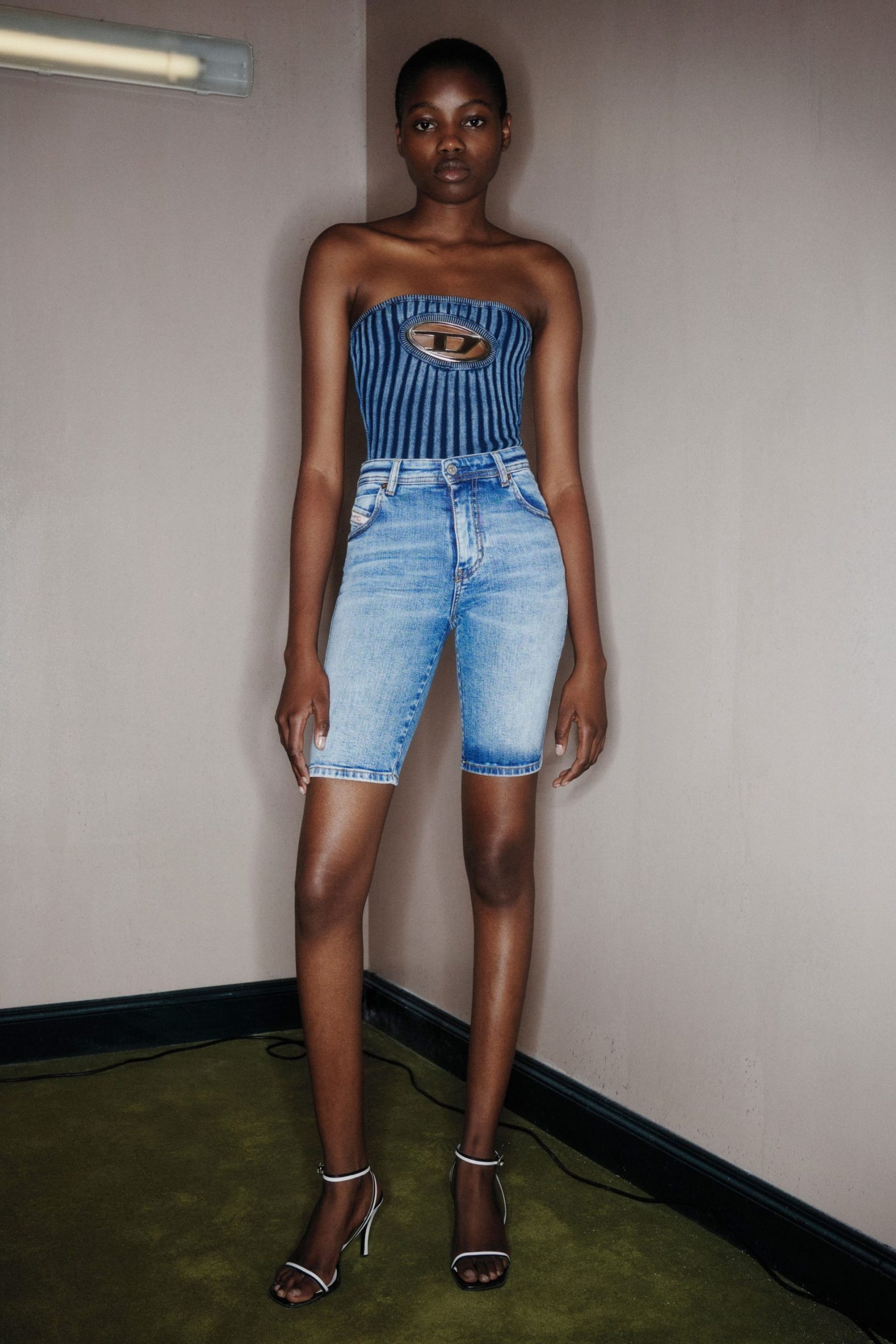 Previously the Belgian designer graced the seams of iconic french label Y/Project, making a name for himself with his highly conceptual and unhinged experimentative fervour. 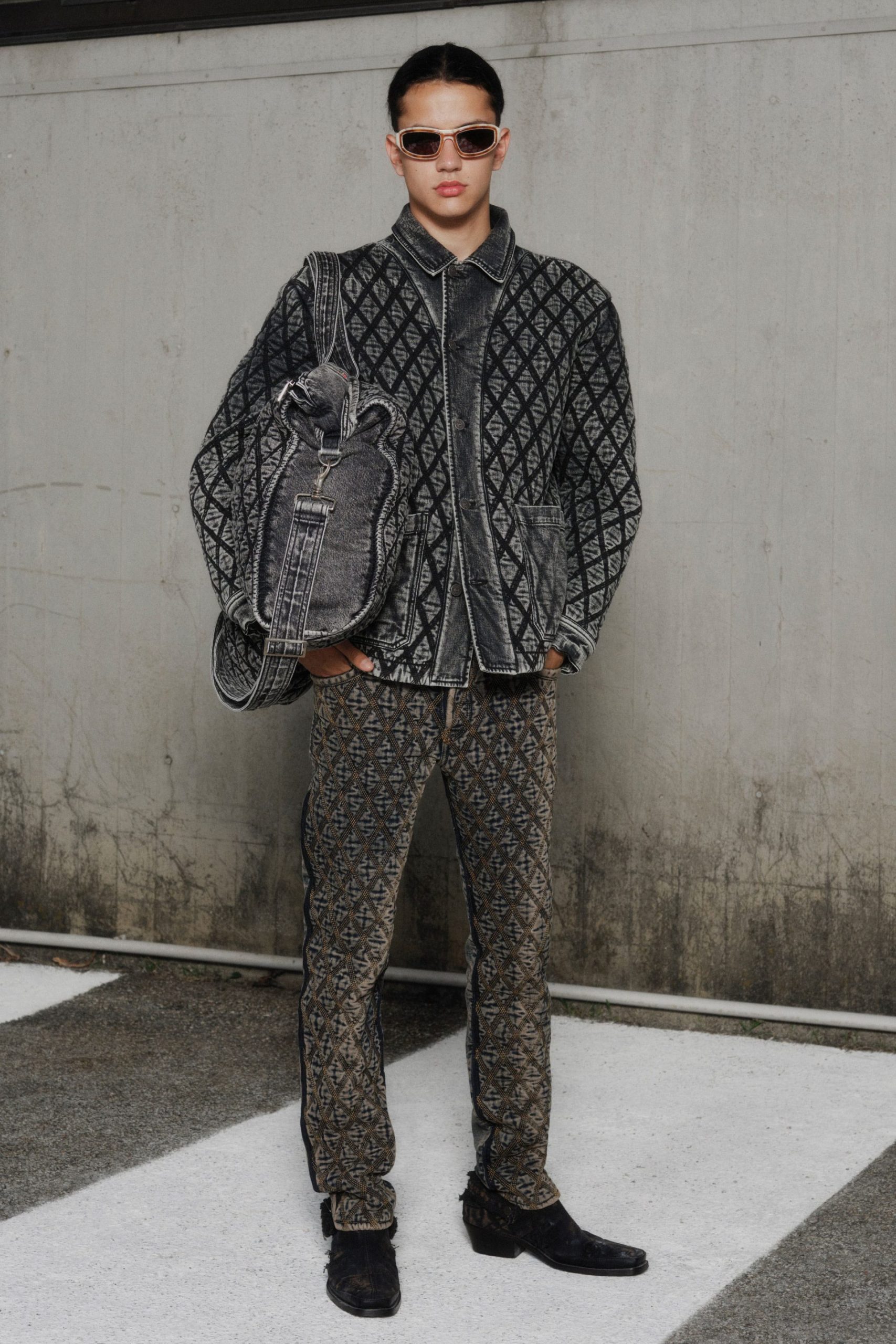 Shifting from his rule-bending overtones, such as those we saw in his absurdist SS21 Y/Project collection — with warped seam lines and inverted panels that left your head imploding — the designer is now looking to reinvent all of our favourite iconic shades of Diesel. 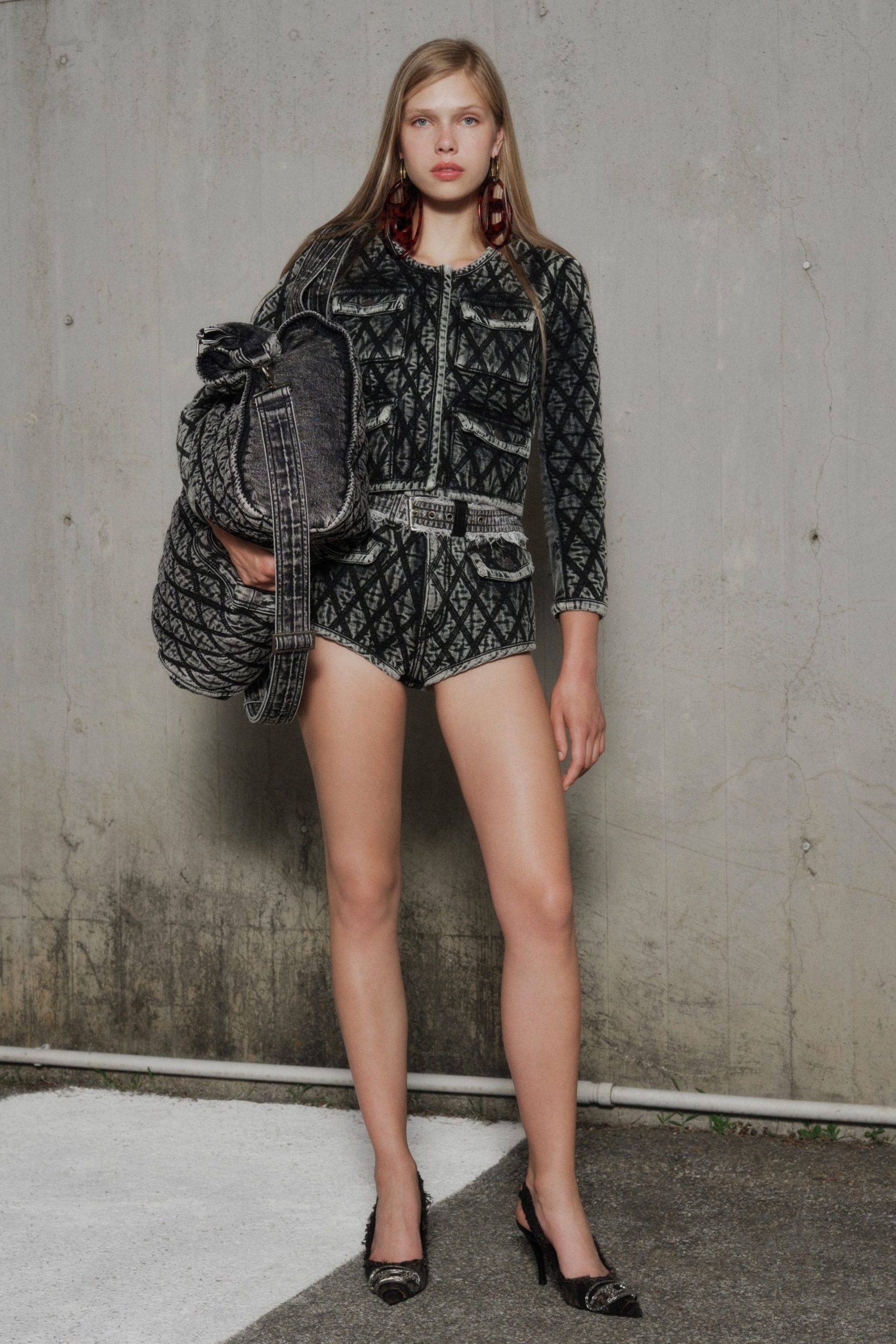 For his debut show, Martens takes the brand’s sportif history in his own direction, “It’s DIY and kind of psychedelic and crazy—definitely not your classic runway.” he tells VOGUE Runway. 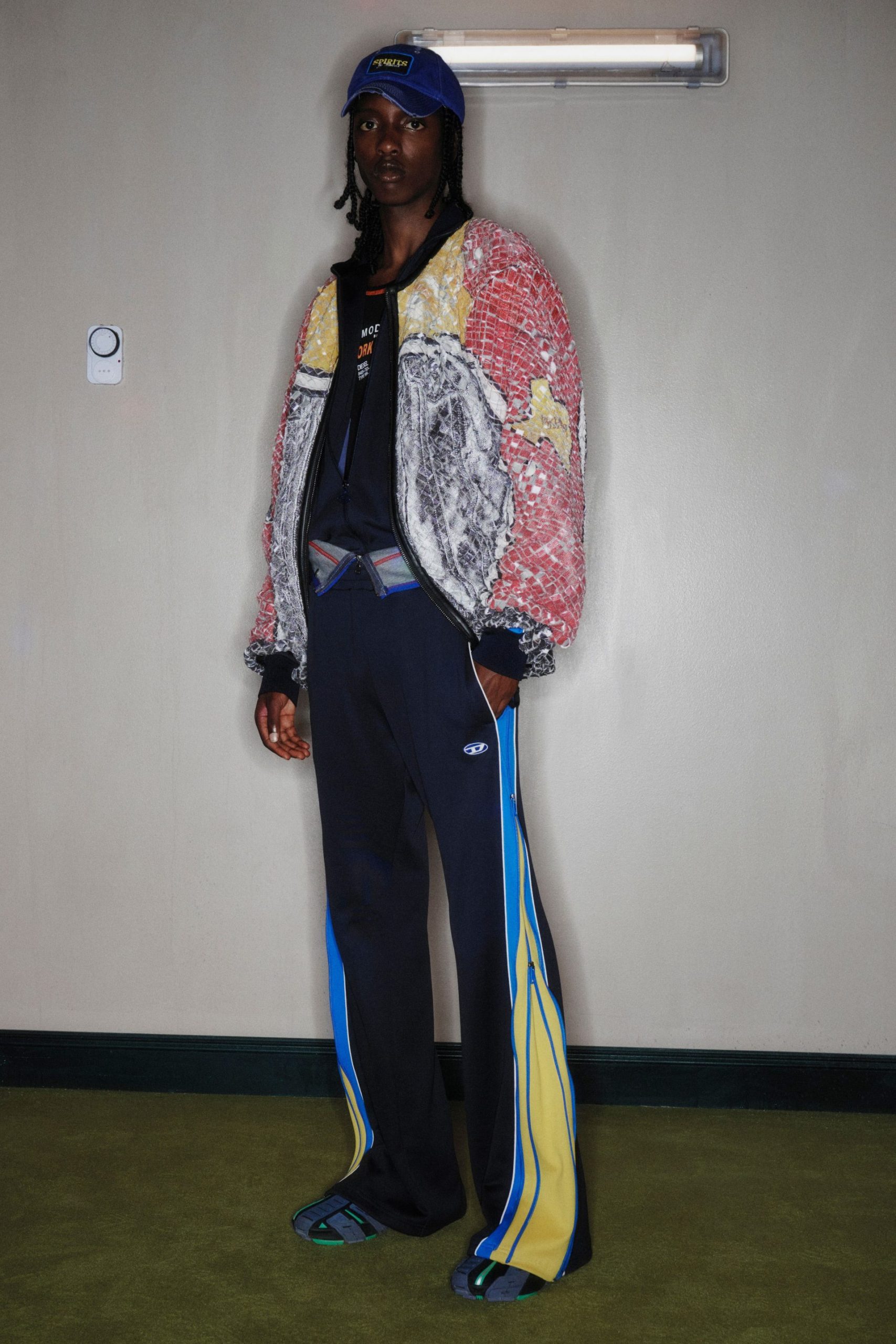 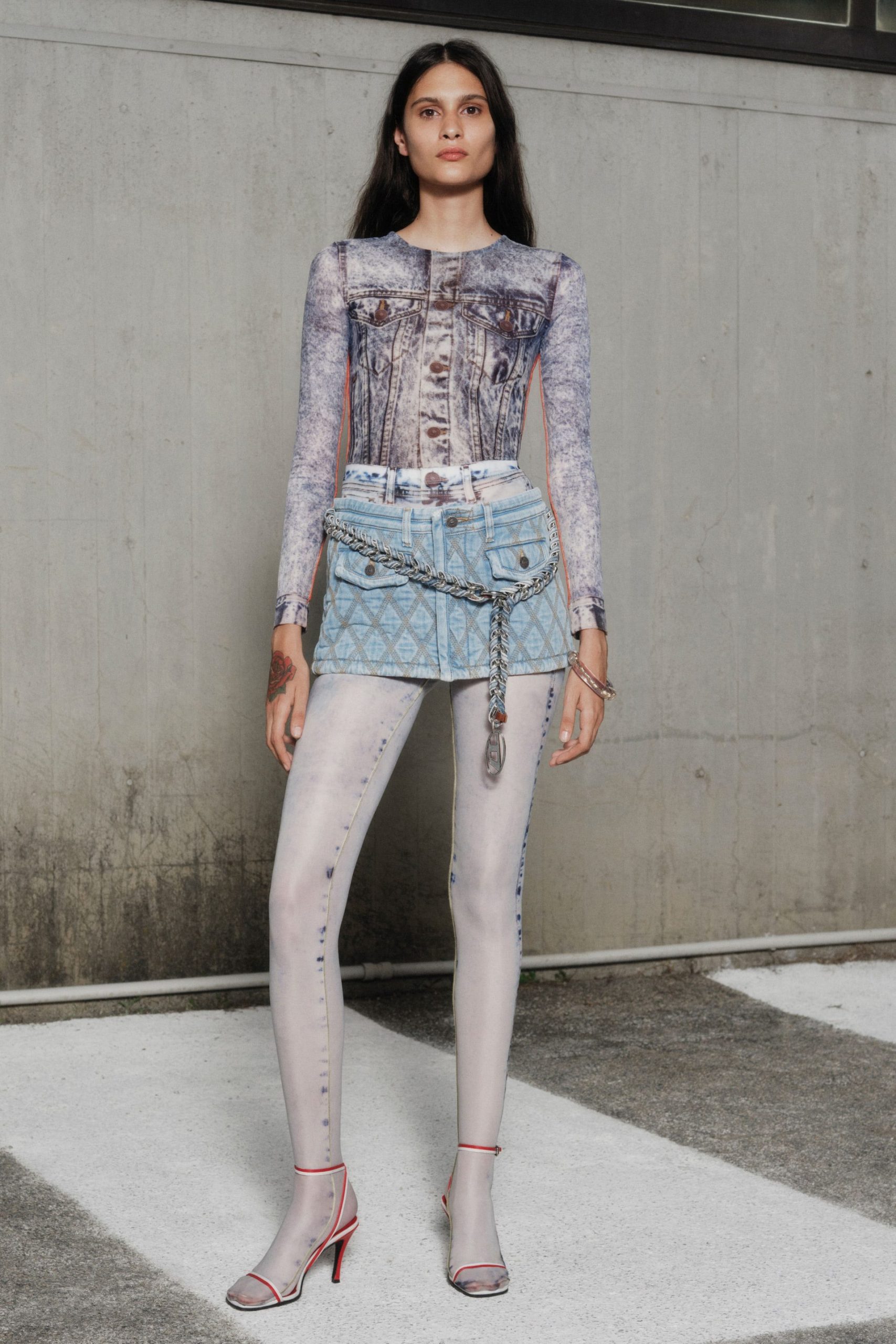 Though Martens has described this collection as “fun, colourful and expressive”, he has managed to maintain the subtle ooze of sex that Diesel is known for, which runs through the entire collection — nodding to those risqué 90s BW diesel ads we fawned over for decades after. 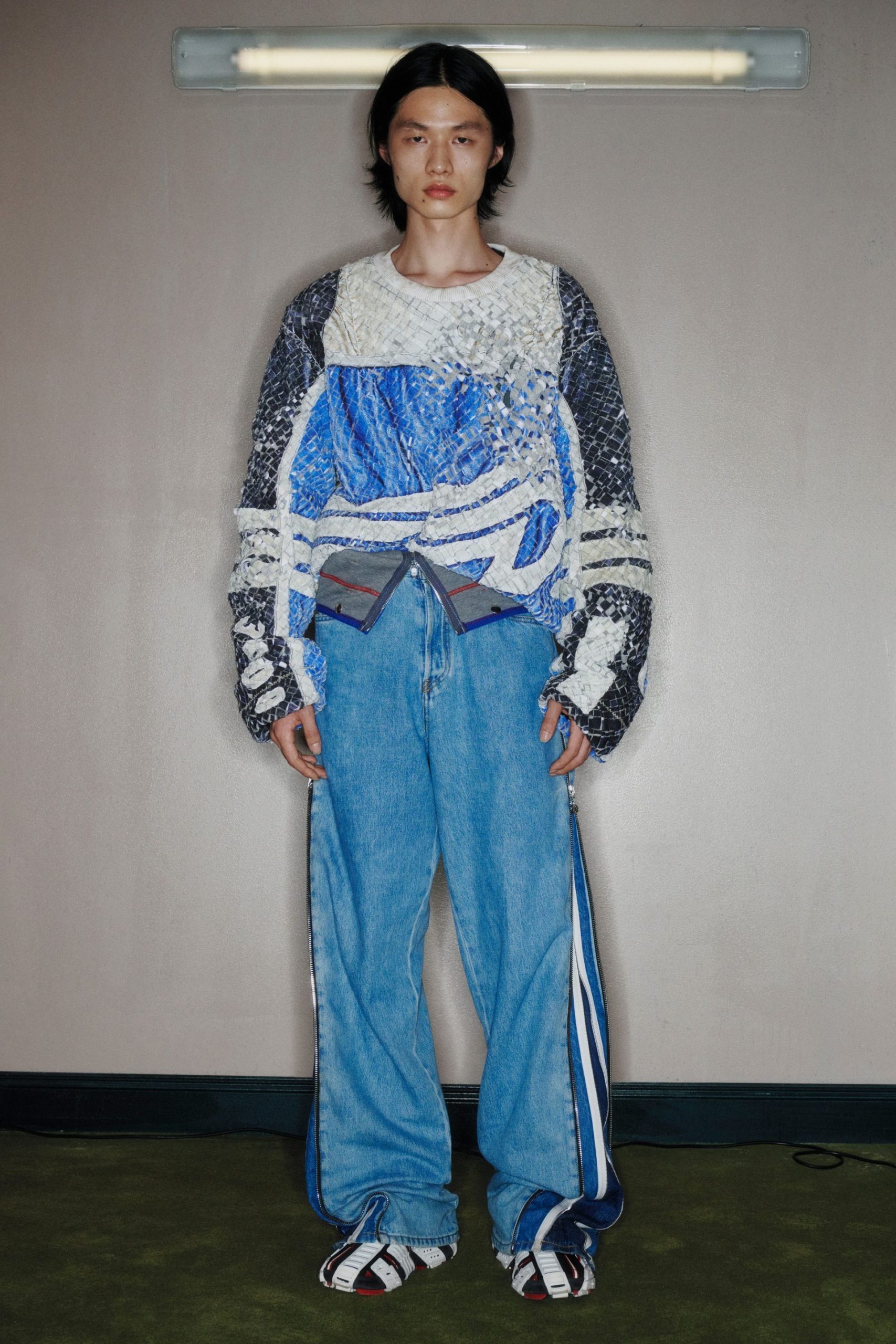 In the short time that Martens has been running the show, the brand has had a full production makeover on the interior. With a mindful focus on the environment and sustainability (as many of the big dog fashion houses are now preaching), the team behind Diesel is actually making a change — working primarily with upcycled and deadstock materials, coinciding with their new ‘transparency policy’ whereby each garment will have a QR code to find out how it was made. “Although,” he noted with admirable transparency to VOGUE, “not all of the pieces in the film and collection are sustainable, as they have been treated with special coatings.” — It’s a start. 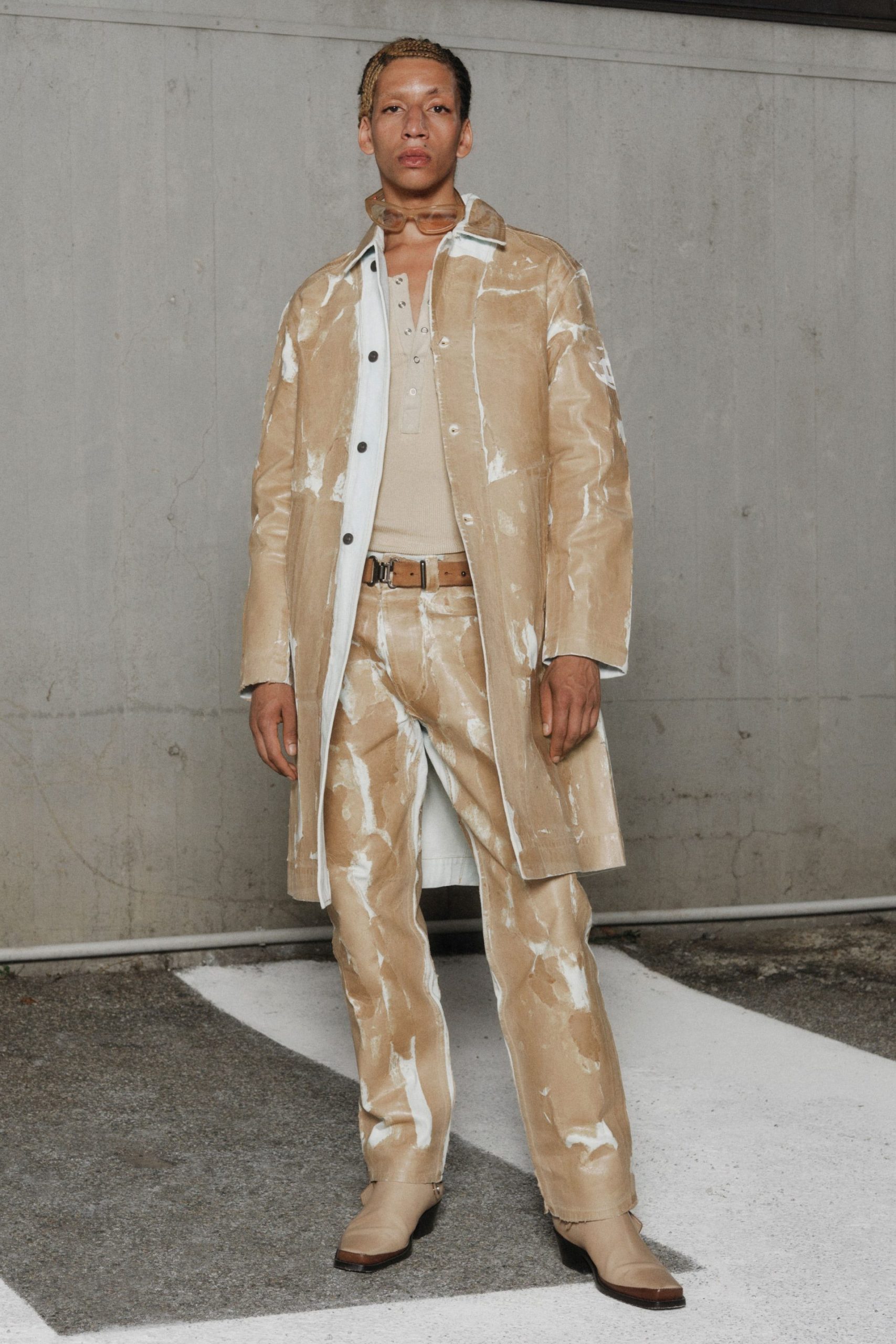 Overall, an exciting moment for Diesel and most certainly a turning point for the Italian fashion house.