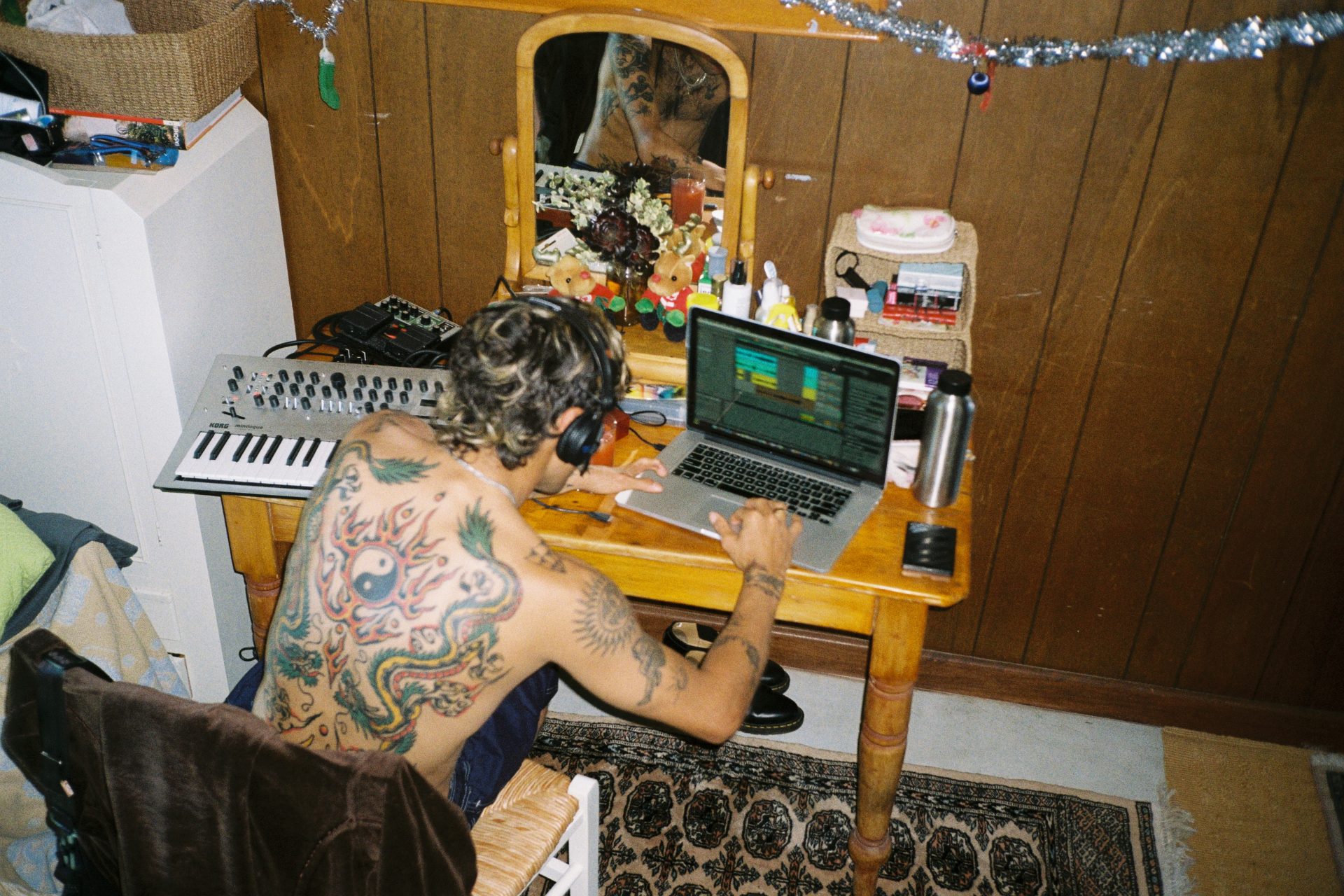 Gabriel Cole: ‘How To Unlearn The Path Placed’ at Discordia Gallery.

Gabriel Cole is a multidisciplinary artist based in Naarm (Melbourne). Inspired by music and the natural abstractions of the oceans, Cole manifests his vision into multi-medium bodies of works composed of ceramic objects, screen prints and paintings – with music as their guiding force.

“It just makes sense for me, for music to dictate the outcome of my works” he says, “music is the main thing that engages it all.”

In his upcoming exhibition How To Unlearn The Path Placed (2021) held at Discordia Gallery in Melbourne’s iconic Nicholas Building, Cole explores the natural abstractions of the ocean and the innate energy that emerges from experiencing the elements, “this exhibition is inspired by forms found at the beach and directly associated with erosion causing obstruction and total movement.”

Cole comments on the relevance of music to his work, “I use different sounds for different movements to channel that as a way of working.” He’s also included a score of his own making to the exhibition, inspired by the film Stalker (1979) by Andrei Tarkovsky.

Honing in on how important music is to his workflow, he says “It makes sense. I’m not even really into visual art anymore. Growing up, I always wanted to fuck around with music, I sort of believed that having a disability making art just wasn’t for me, but that probably stemmed back from being perceived as this sporty guy I guess, so I never picked it up. But then Covid happened and I tried bass [guitar] which was hard, then synth and then some pedals, and the music I made became closer to what I had envisioned when I started.” 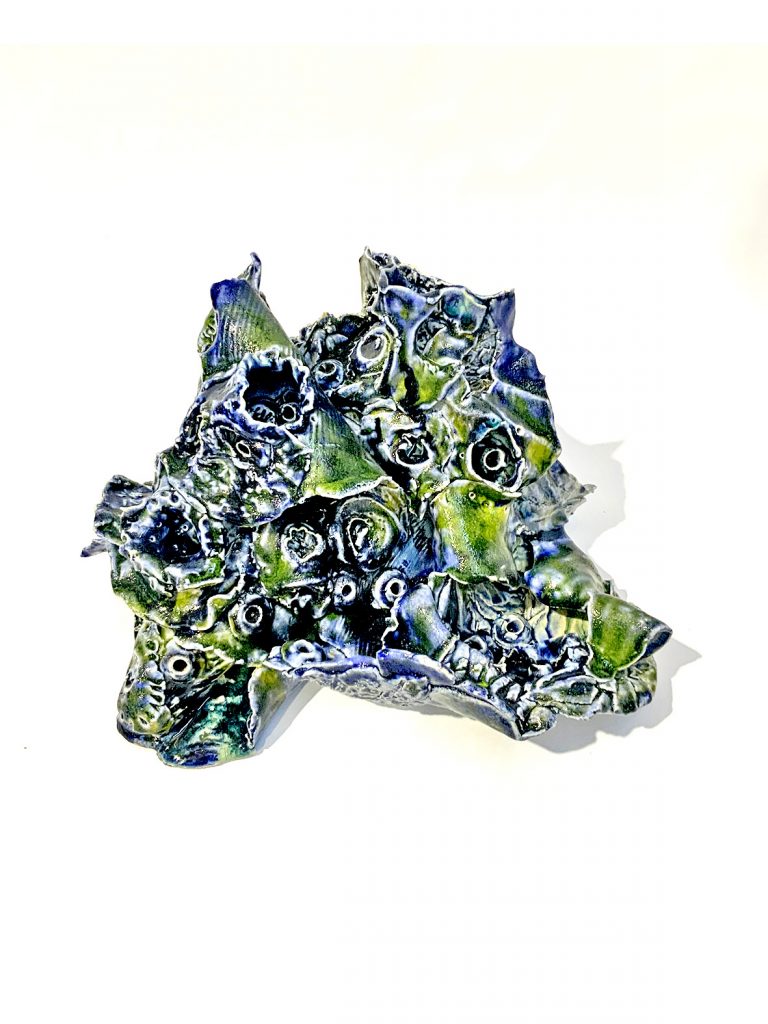 Often in Cole’s work you’ll find text meshed into his forms in some way, “type is the major embellishment or the signature thing that is part of my work a lot of the time. It’s a big part about my job and my life” he says. “Signs and type and stuff like that are all closely related. I feel another way of sort of embellishing sound or music is by writing, it’s another way of communication.” At the time of creating this body of work, Cole gestures to the forceful impact certain albums had in shaping his work, “I was listening to heaps of Coil and that album Musick to Play in The Dark and I was like fuck, I have to write something, this is so moving.” 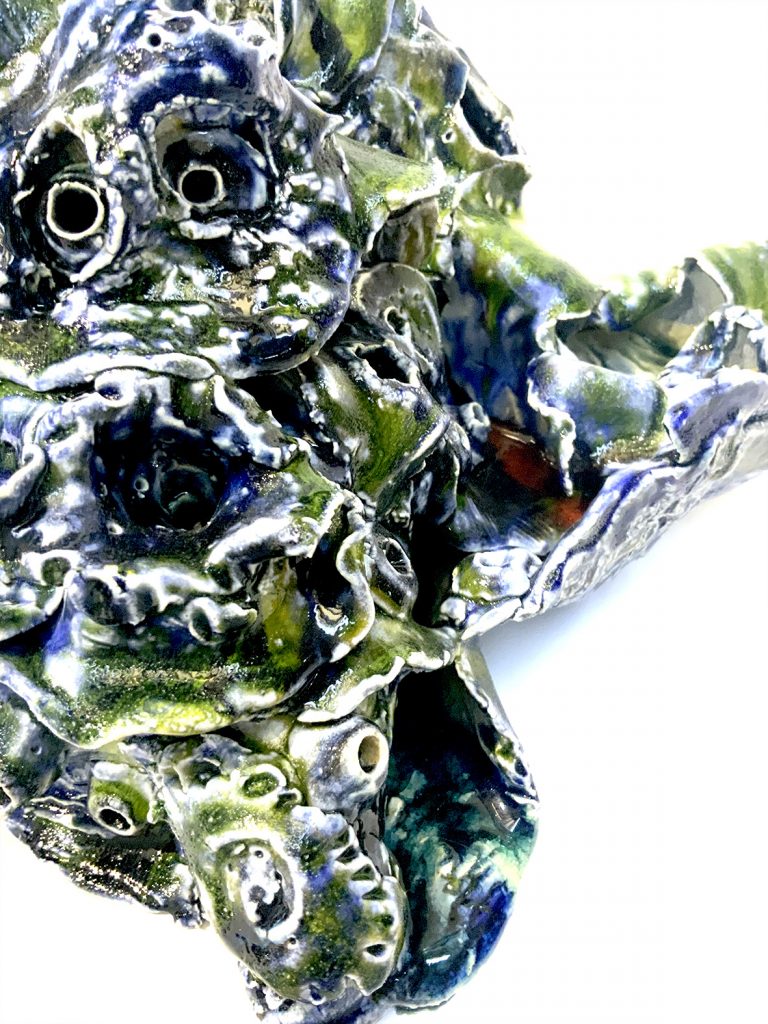 For this exhibition, Cole takes his work with text in a new direction, incorporating a poem to compliment his works:

HOW TO UNLEARN THE PATH PLACED

THE SEA HAS THE MASTER PLAN

A VISION BOTH BLURRED AND DISTILLED

AN OUTCOME UN TAINTED, BUT AWARE

A STUDY OF WHICH TO NEVER PREVAIL

THE SEA HAS THE MASTER PLAN 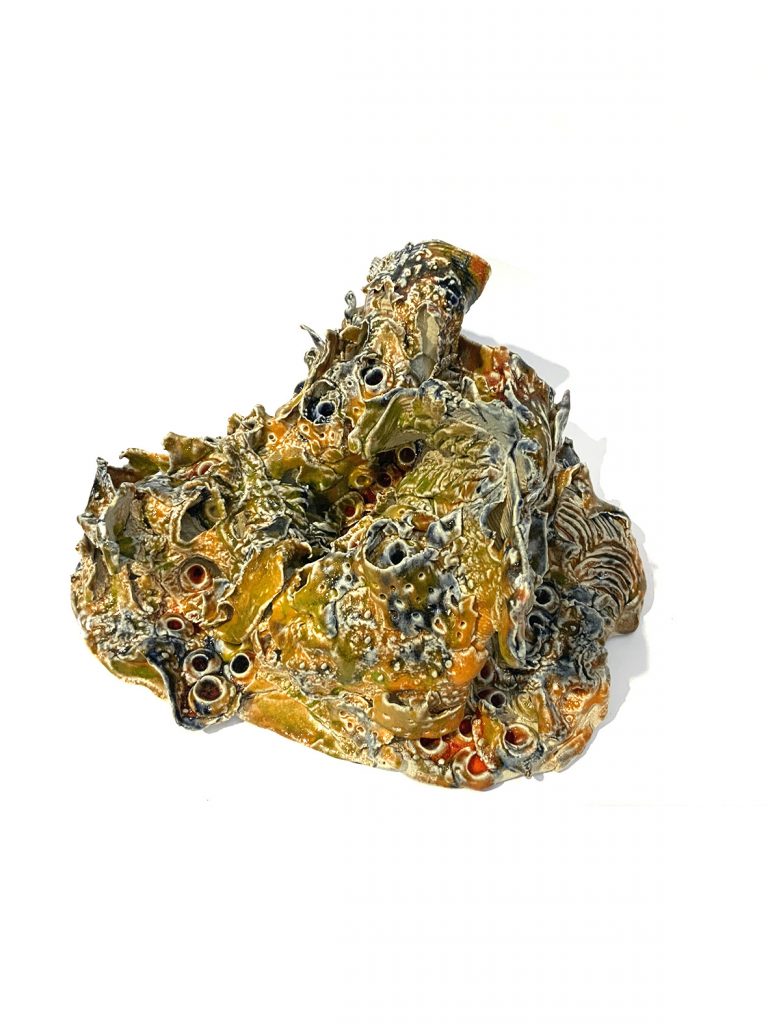 In the show, Cole presents a variety of works from small to medium scale ceramics, tied together with a larger painting. Seeing one of his works in the flesh, it’s clear they have been inspired by the sheer force of the wind-sculpted foreshores that onlook the Bass Strait, “I was so jacked on seeing all of these rocks in Victoria. The ocean has always been so much a part of my life, so it makes the most sense now for that to play a part in the outcome,” an environment Cole describes as being ingrained within him.

The organic form is also what guides Cole’s work; “It’s about working with the mistakes, and working with things and results and going with the flow.” He goes on to outline how he lets his ceramics take on a life of their own in some ways, “I just let my ceramics be what they want to be a little bit, if it’s going to go left I let them go left.” 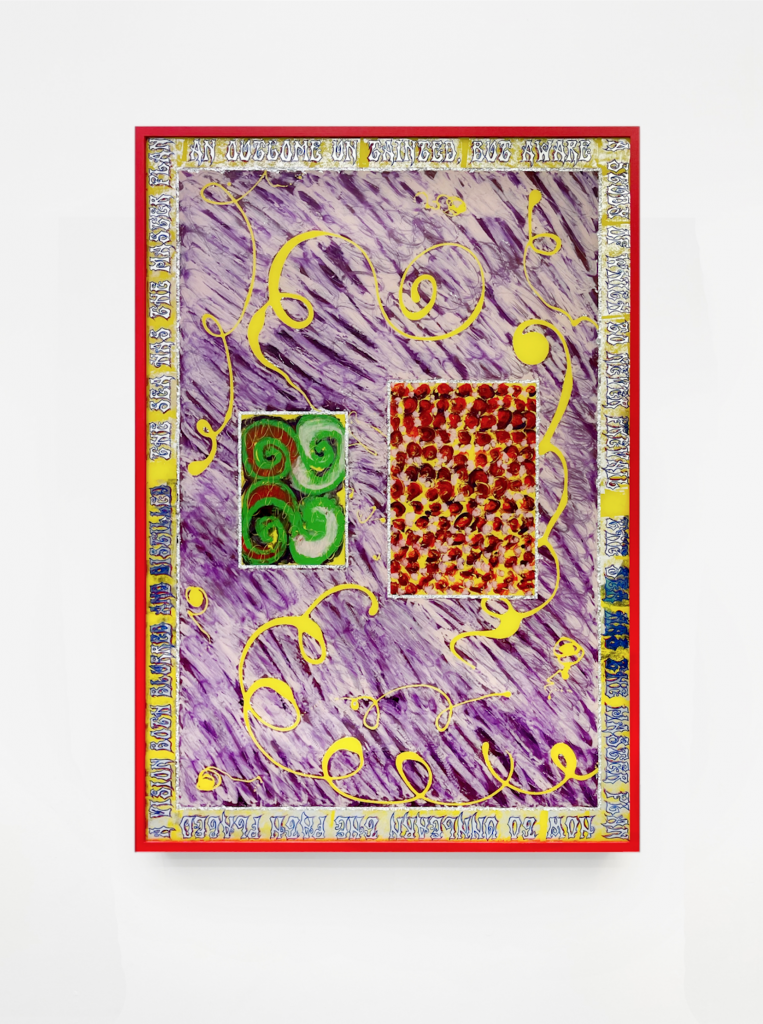