Lawrence English is a sound artist, curator and above all, listener. His work has received international recognition for his unique ability to capture and curate frequencies. Having toured the world to every continent across the globe, including Antarctica, English has captured sounds reaching places far beyond the surface; into the depths of the earth’s core. From tectonic plates shifting, dolphin communication or metallic clangs of industrial wastelands, English has experienced sounds perhaps unheard to the common ear. In an interview with to Be magazine, English guides us through what sparked his interest in sound and how truly listening to sound offers us agency to interpret moments and in turn, meaning.

I heard you say once that you’re a professional listener. Can you unpack this a little?

It is a curious title, professional listener. I guess it reflects the fact that so much of my time is spent listening. For me, listening is a fundamental way of navigating the world and more than that, being curious and interested in the world. I find sound offers a very particular, but open way of approaching the world. It operates simultaneously at multiple levels –  literal, figurative, phenomenological and physiological – often, all at once. I think this opportunity for multiplicity is not only completely captivating but also a provocation to us to consider how it is we frame up ourselves through the lenses of perception. Sound, being fugitive and promiscuous, always coming around corners, through walls and at times consuming us, is like some glorious spectre that defies easy description, and in doing so allows us the opportunity to dwell in it deeply.

It’s funny, I don’t have a single starting point for how I came to be interested in sound. It is a process of accumulation over the years – obsessions with environments, music and other sonics.

What I can point to is when I first listened. When I was a child, I’d go bird watching with my dad at this waterfront area of Brisbane that’s now largely populated with condos. My dad would take us there and we’d look for Reed Warblers with binoculars. For a child, binoculars are a little cruel really, given children can barely control their own eyes, let alone a second set of eyes that is meant to help them see deeper and with greater detail.

I was constantly looking for this bird, I could always hear it calling, but never spot it as it was so well camouflaged.  After several months of not seeing it, my dad told me to put the binoculars down, to close my eyes and listen. He said, “Now that you know where the bird is, put the binoculars back to your eyes and look where you sense the sound is.” I did that and I was able to see the bird almost straightaway. That was the first time I understood the role of sound as a way of sense-making, as a way of being in the world.

Do you think it’s possible to find pure silence?

Silence is death. Well, not exactly, but perhaps silence for us as animals might only exist in those few split seconds as we fall from a complete consciousness towards our end, and our brain fires off neurones, but our senses cease taking in experience. I could imagine in those final moments, maybe there’s a deep interiority that opens up, like a void of experience where those things that connect us to the outside world are reduced to nothing and for an instant, we are senseless in this pool of eternal black. I’m speculating of course, but silence, at least in a physiological sense, is not achievable for most folks.

Perhaps when we speak of silence, what we are actually speaking to is the idea of quiet. This I think is possible to achieve. It’s not so much silence, but a sense of listening (or hearing actually) that is focused upon a membrane of sound, a horizon that is not interrupted or unduly dynamic, but rather invites us to spill out into it.

Sometimes listening can be about pulling sounds towards us, longing to recognise them more closely and with a sense of drive and determination. Maybe this pursuit of quiet is a kind of opposite to that, a way of seeping into the horizon of sound and becoming ‘within’ it, absorbed and floating in it with a sense of openness and availability. I think quiet is a vital part of knowing place and being able to reach moments of quiet is vital for knowing yourself also. 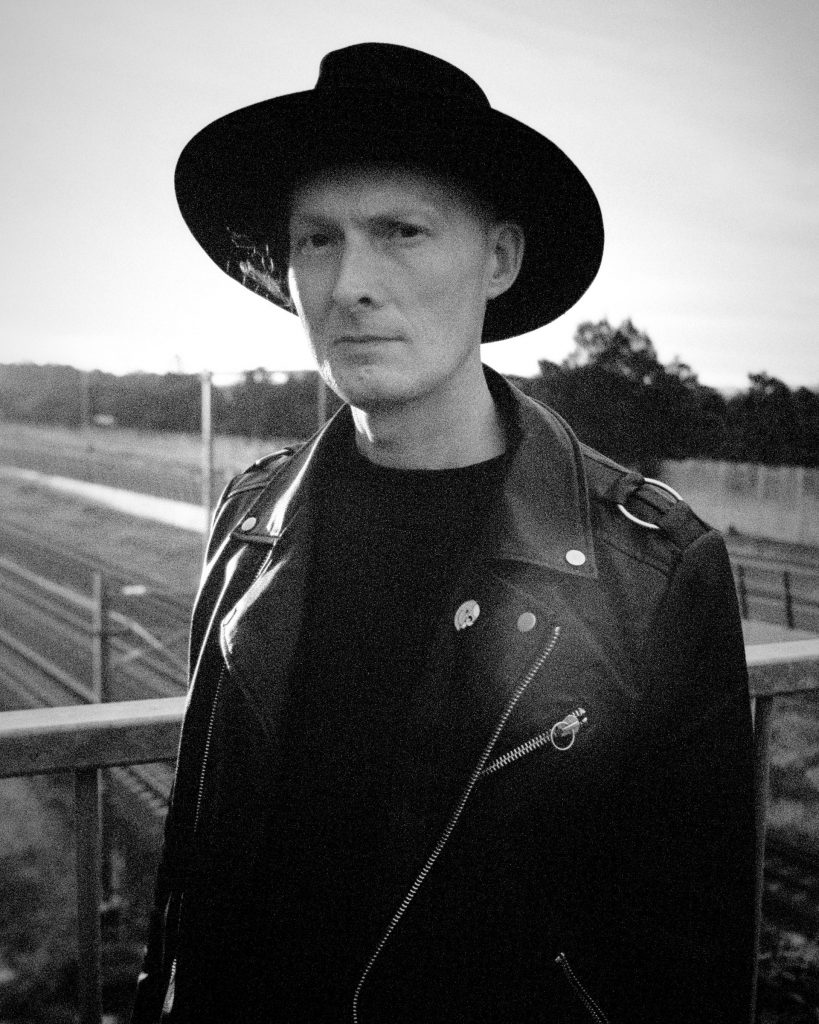 Do you think particular frequencies can have molecular effects on the body, and more broadly, organic matter at large?

Absolutely, yes. There’s a number of examples of this. The recent incidents reported by U.S. diplomats in Havana is likely one such example. The tissue damage they reported is likely the result of some kind of focused microwave device. Equally programs like the Active Denial system, use microwave energy to heat the outer layer of the skin causing the sensation of feeling as though you are on fire. At a more domestic level devices such as the LRAD output enough sonic energy to cause hearing impairment and if used improperly a complete loss of hearing.

This area of the weaponisation of sound is something I have spent some years researching, I wrote this piece:

What is the difference between hearing and listening for you? How do you apply listening in your everyday life?

I like to extract listening from hearing. For me listening is about agency, it is about us, as agents applying ourselves to extract a particular reading of sound from a plethora of possible readings in any given moment. In one place at one time, two people might not focus their listening on the same things – that reflects their socio-cultural backgrounds, their interests and pre-occupations and also their physiological capacities.

Listening cannot be maintained indefinitely, it requires attention and effort. It’s not a given, it’s earned and arguably a privilege. By contrast hearing operates more as a subconscious process, something burning away, often below our awareness, but that ramps into action when we are faced with a potential threat or something that requires attention. It’s primitive, but vital. Listening is the articulation and focusing of that ongoing process.

Lawrence is also featured in our print publication of to Be where we go into the depths of everything behind the sound, the theory and the ideas. Get your copy here. 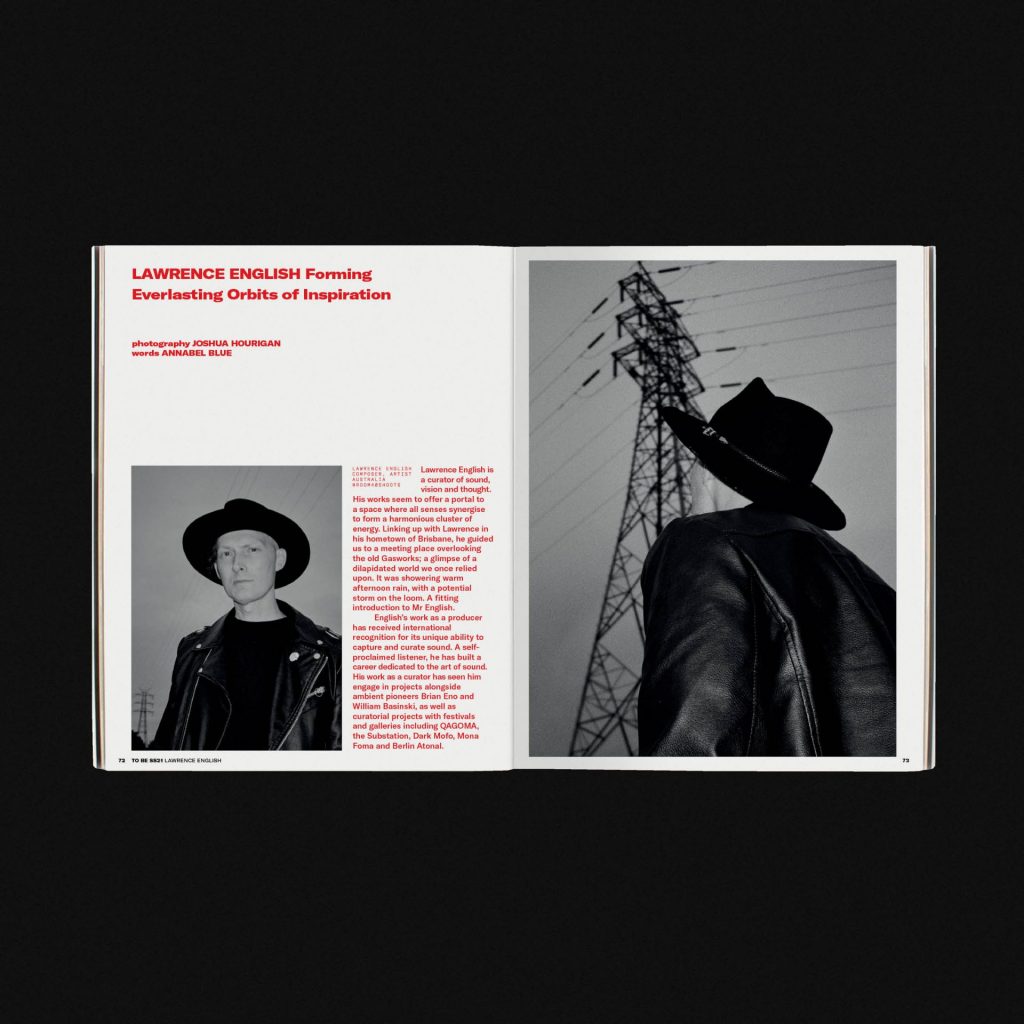