Hayley Millar Baker on her Own Storyline

Hayley Millar Baker (Gunditjmara AU) is a storyteller for a new generation. From her extensive research process to her intricately layered compositions, the photographic artist is redefining not just how, but why stories are told. Millar Baker’s latest photographic series I Will Survive exemplifies this creative methodology through a deeply personal exploration of memory, in the context of her Aboriginal and migrant family heritage. 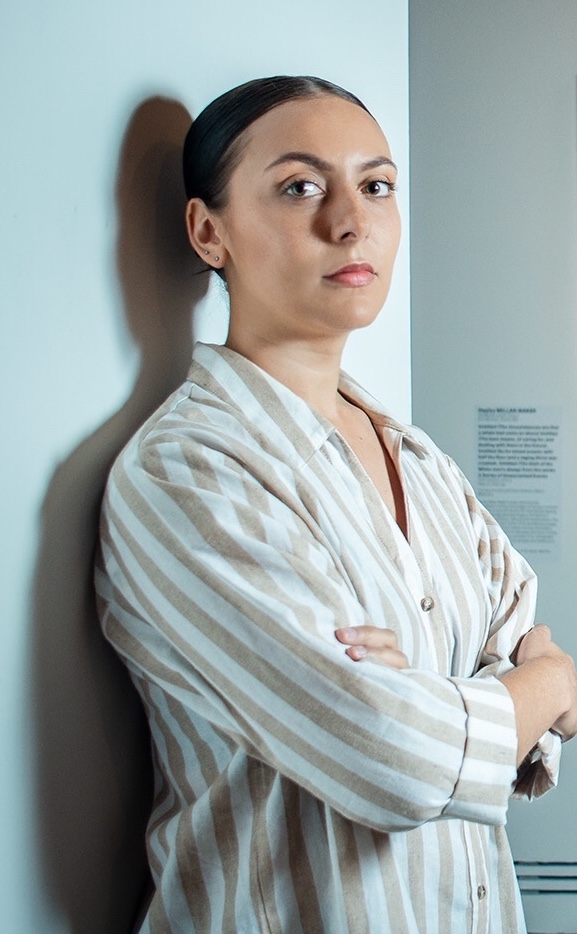 Darkly enigmatic and at times unnerving, I Will Survive is a series of eight digitally composed works exploring stories of caution and superstition Millar Baker recalls from her childhood. Spectre-like self portraits of the artist are imposed onto sprawling landscape backgrounds, conjuring a surreal dreamscape in which the narrative structures of time and memory assume a cinematic quality. Situated in the role of both spectator and subject, the viewer is drawn deeply into each work’s thematic and conceptual layers, compelled to question what is real, and what is an imaginary construct.

‘In some of my past works the image is quite literal. But in I Will Survive I wanted people to have to search for meaning in the ambiguity,’ Millar Baker says.

‘I always talk about ‘cues and clues’ with my work, ways to draw people into the narrative. So I tried something a bit more dark and sinister here. You don’t immediately see what’s going on until you dive into each of them’. 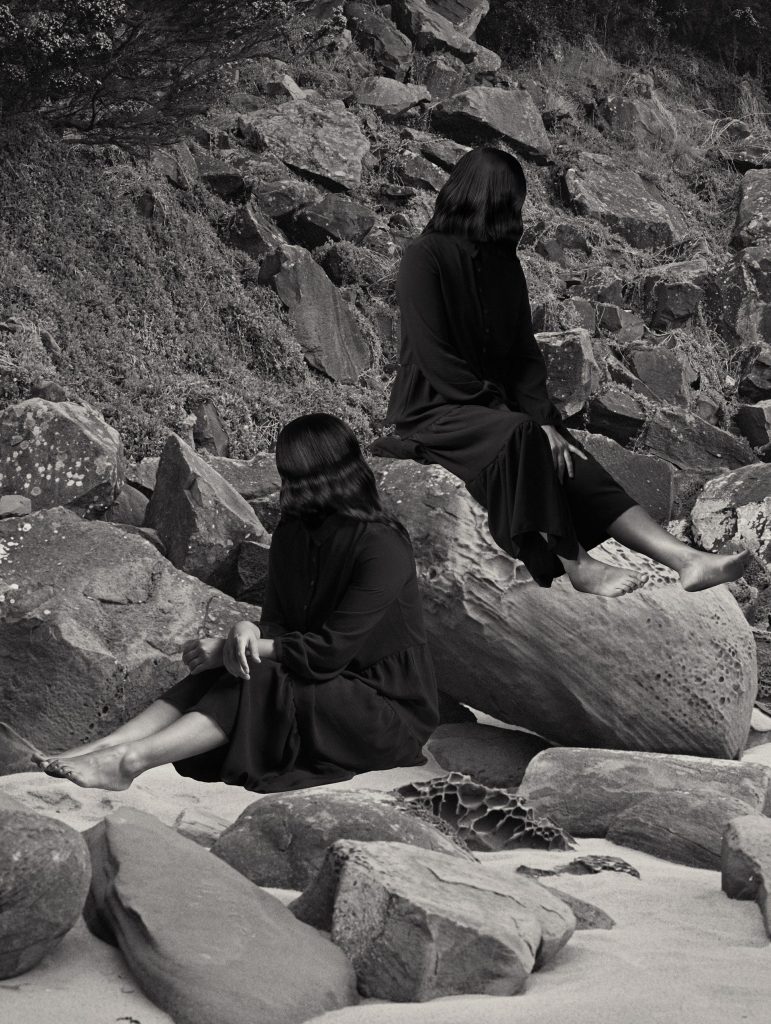 The artist commenced the narrative development for I Will Survive at the end of 2018, consulting the archive she inherited from her grandfather. Her practice is heavily research-based practice, and this archive is often the starting point for her conceptual development. Millar Baker deliberated over her initial narrative structures for over a year, initially producing a completely different set of images to those we see today.

Reflecting on her artistic identity during last year’s lockdowns, Millar Baker resolved to challenge public perceptions about her practice through I Will Survive. She refined the works according to her voice as authorial narrator, rather than to what others might expect her to create based on her intricately detailed body of work to date. In doing so, the artist not only invigorated her personal practice, but embarked on a new trajectory of exploring Aboriginal art through a contemporary methodology. I Will Survive ignites conversation and debate concerning identity and truth, seeking to broaden these notions and make them all-embracing.

‘Even though I’m making work from a certain perspective, I would hope that whoever is looking at it can also relate to it in their own way,’ says the artist.

‘Yes, these works tell my story as an Aboriginal person. Yes, I have 65,000 plus years living with the land on my Mum’s side, but my Dad is the son of migrants, and he only has his lifetime. I wanted to make this series universal, and I want people to feel like they can relate to the works whether they practice a culture or not.’ 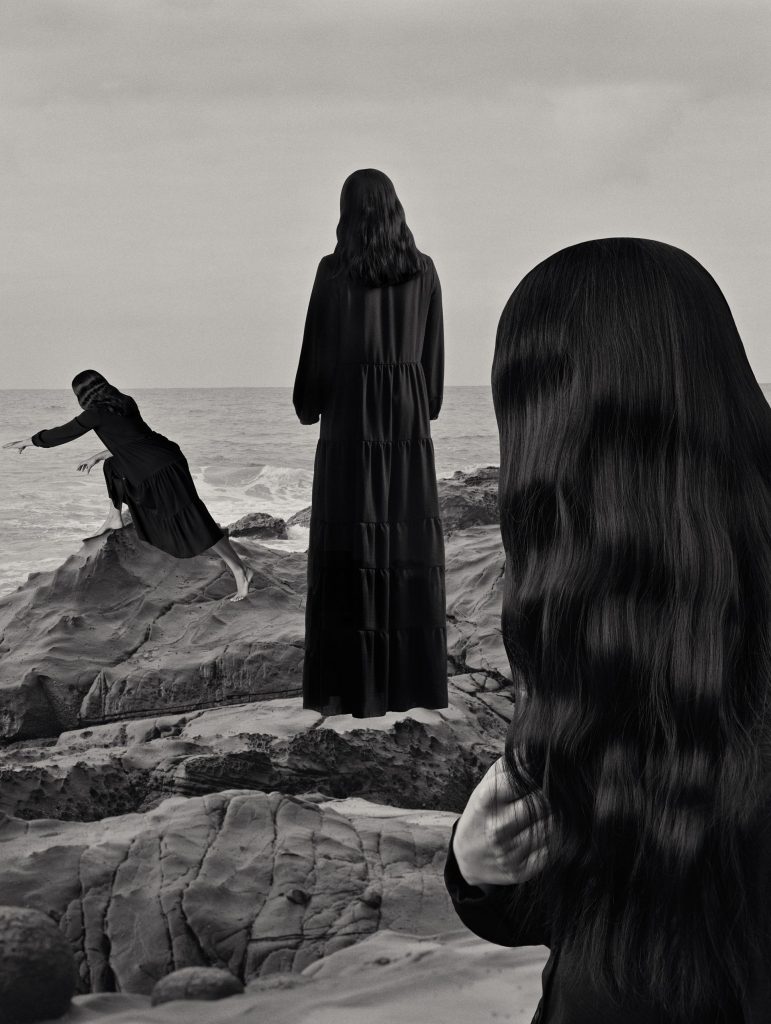 Fittingly, I Will Survive is being exhibited in both a traditional gallery setting, as well as outside the State Library of Victoria as part of Photo 2021 (International Festival of Photography). The series will be printed onto lengths of vinyl and displayed on 1.5m high billboards standing proudly in the forecourt of the historic Melbourne landmark. This is the artist’s first experience having her self-portraits exhibited as ‘public art’. Displayed at street level, they will invite engagement with, and reaction from, a diverse array of viewers.

‘It’s going to be a bit confronting. Truthfully I’m a little scared for them to go out in public,’ Miller Baker says.

But whether she’s looking at her mother, her grandmother, or even herself in her work, Millar Baker notes that the human presence represents a character at the centre of an unfolding narrative, rather than someone who is definitively identified.

‘I know it’s me in the images because I was there and I did the shoot, but when I look at them I’m more stuck in the story rather than looking at myself,’ she says.

‘I feel like I’m just a vessel for the story. I hope that when people look at the work, or read about the work, that they become the story also’. 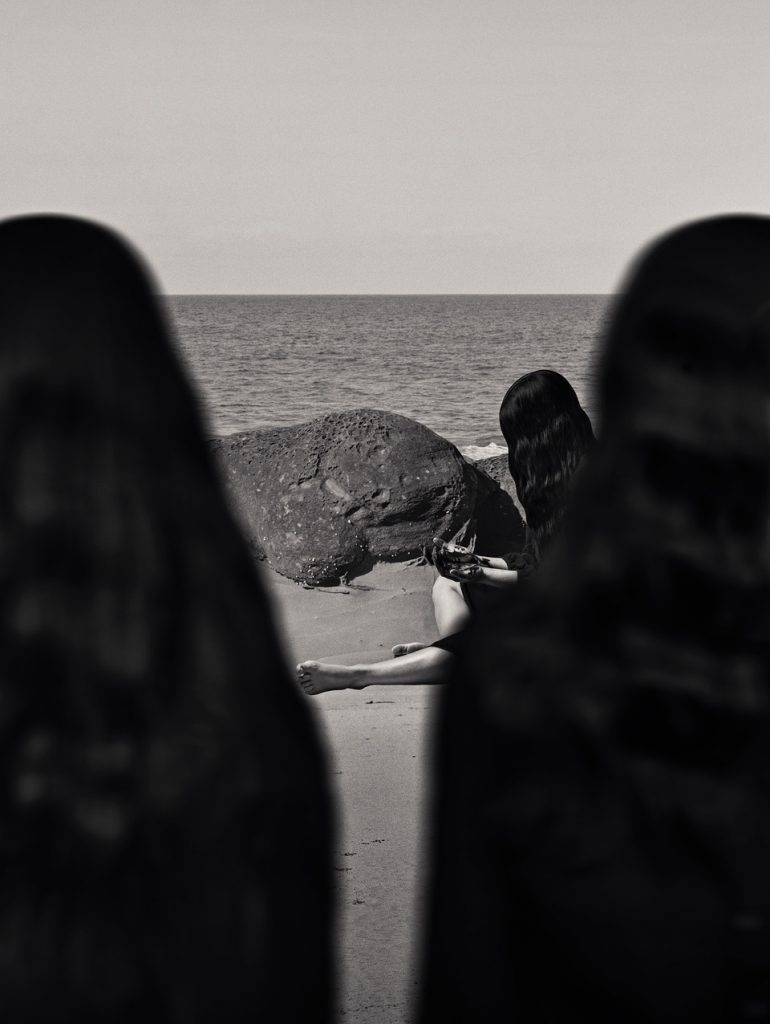 Hayley Millar Baker’s first solo Sydney exhibition,
There we were all in one place,
is showing at UTS Gallery from 13 April – 14 June 2021.
art.uts.edu.au