Naarm-based DJ and radio host, Zjoso, brought warmth and variety to isolated afternoons last year with his regular slot on Skylab Radio. Back again, Tribqu will split across twelve new episodes with the first airing next Saturday, February 20. Mixing older known artists and emerging, his shows are the kind that make house-work easier and projects seem palatable.

Although he spends far more time selecting the tracks than you do saving them, Zach’s ever-kind demeanour would swear these are a gift and not a steal. Just like the Peter Tosh lyrics I carried through my day from Tribqu E6, ‘live clean and let your works be seen, my sisters’.

Tune in to listen to Tribqu on Skylab Radio at 4-6 PM AEST the third Saturday every month. 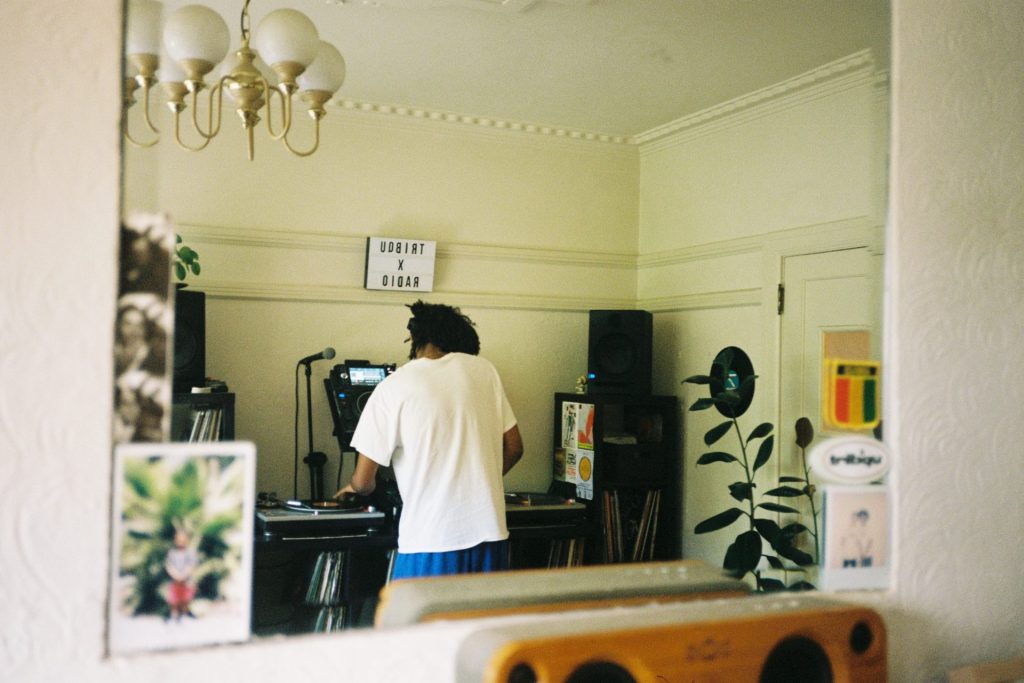 Zach! Nice to touch base again, how did you pull up after the Summer months?

Hey! I have been enjoying the freedom of a less restricted Melbourne life with friends and family. It feels refreshing to be able to play music out again after so long.

Maybe we could start by introducing the names you work under and your ties to them?

Both names are not too dissimilar however represent different sides to myself as an artist and someone who runs a community orientated music platform. Firstly Zjoso is my artist name, I don’t think it has a great deal of meaning behind it. One day the pairing of letters ZJ came to me – Z for Zach and J for my middle name, James. I wanted to combine those letters with something that had an afrocentric feeling to it – hence Zjoso. Tribqu’s name was born out of the want to bring all different types of people together through music and dance – to be open and reach all different tribes if you will. Both names I have different relationships with and represent me very strongly. 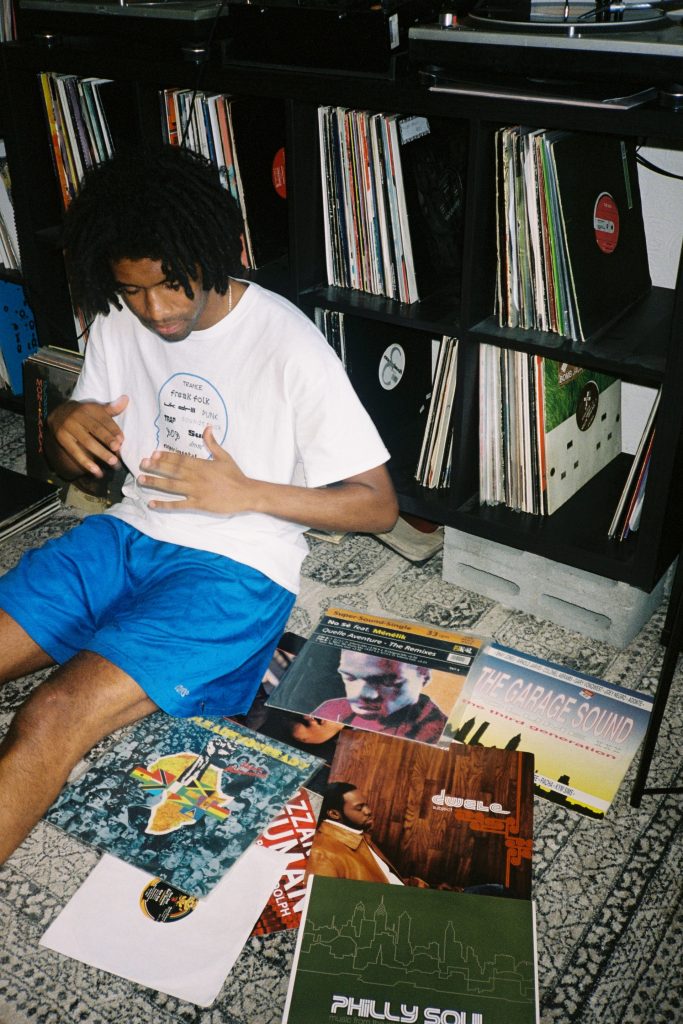 Your recent signing onto label Crown Ruler was so exciting – what changes for you?

Thank you! I am very happy to be a part of such an interesting and talented bunch of people who all have such a strong and unique music identity. Jamie behind CR does a really great job of creating a family orientated community. I think it will provide me some amazing music opportunities into the future and be a part of something special.

Let’s talk about the radio show, Tribqu. Each episode takes on a different shape to the last – like E6 beginning with nature samples from your friend Ben Green. How do you begin the process of selecting?

They definitely do. I like to incorporate music in the show that has been made here in Melbourne and producers from around the country. Everyone has their own music flavour that they are putting out into the world, and I enjoy playing that.  I also spend a decent amount of time digging for older music in the ‘dance music’ realm of things at record stores. Some of which I like to play when it feels right. Sometimes I will select music for the show based on tempo/genre, and the way it flows into each other. Other times I select music that has been recently released and I want to represent they’re creations. It varies!

You do such a great job of making your listeners feel connected in your shows, how important was having a regular slot in that structureless year?!

Thank you! Having the show during isolation and being able to use it as a vehicle for expression and creativity was paramount for me. Especially considering the fact the music scene here in Melbourne was on pause for an extended period. It was important for me to give the music I had been listening to a different meaning. For me that was expressed through playing around and having fun on the mic. Announcing what tracks are playing, the artists who are behind them, shoutouts to friends who were tuning in. I try not to take myself too seriously when on the mic, it’s all fun and good vibes.. It’s been a very DIY experience having been presenting the radio show from my bedroom at home. It’s a journey and something I hope to continue very much into the future. Been on hiatus for the last couple of months, but we will be resuming the show on February 20th and you can find us at www.skylab-radio.com.

What’s sparking your interest at the moment?

During isolation I was listening to a lot less dance music and more on the Neo-Soul, R&B, Hip hop side of things. Alfa Mist and Emmavie’s ‘Epoch’ EP single-handedly got me through lockdown. 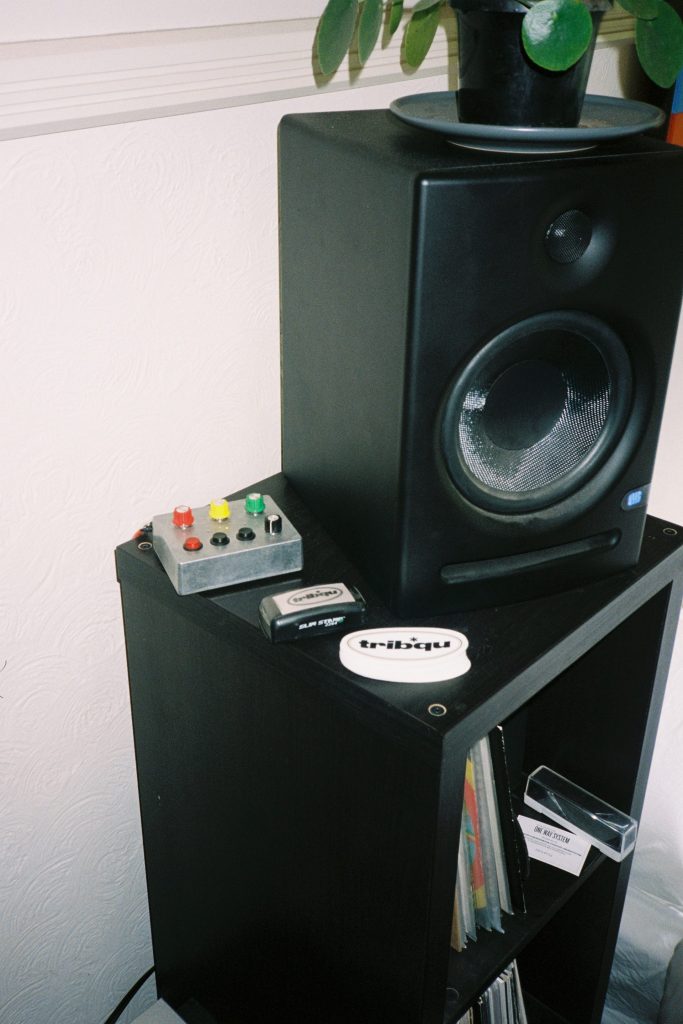 Are you conscious of using a breadth of local and international artists in each episode?

Sometimes I feel conscious or interested in presenting a format like that, which tends to be a lot of the time. Other times I play things that make me feel a certain way, or I’ve found something I really dig and want to share with people.

You often mention Northside Records and Plug 7 on your show – other spots to thank for some of your finds?

Having done a few sets with friends and other artists, how do you find playing with other people? Who else would you like to collaborate with?

I love playing with other people, it excites me, it’s where the exchange of new ideas and expression comes from. Plus I get to hear all of those people’s killer music. My housemate Solomon C has dived in deep during isolation with his music and has really nice taste which I’m looking forward to seeing evolve even more and too collaborate with. I love to play with my friend Selena, we have very similar ears for Street Soul, Hip Hop and House music and have had lots of fun playing in the club together. Raphael Wall is a killer DJ and has such electic record collection. There is a brother out in Perth called Will, he goes under the alias ‘Alienboy’. He’s been making waves out in Perth and his late night frenetic sound has got me eager to get in the booth with him. Hopefully one day we can make that happen.

Hey, the last time we spoke you were making vegan Nigerian jollof rice and fried banana plantain! Tried anything new and is this downtime for you?

Yeah that’s right! I like to cook generally when I have the time which has been a lot recently. I’ve been enjoying various meals with plantain, mixing it through salads etc. Trying my hand at making a sambal sauce. Out to Peter and Lori for sitting through a spice rampage of mine. 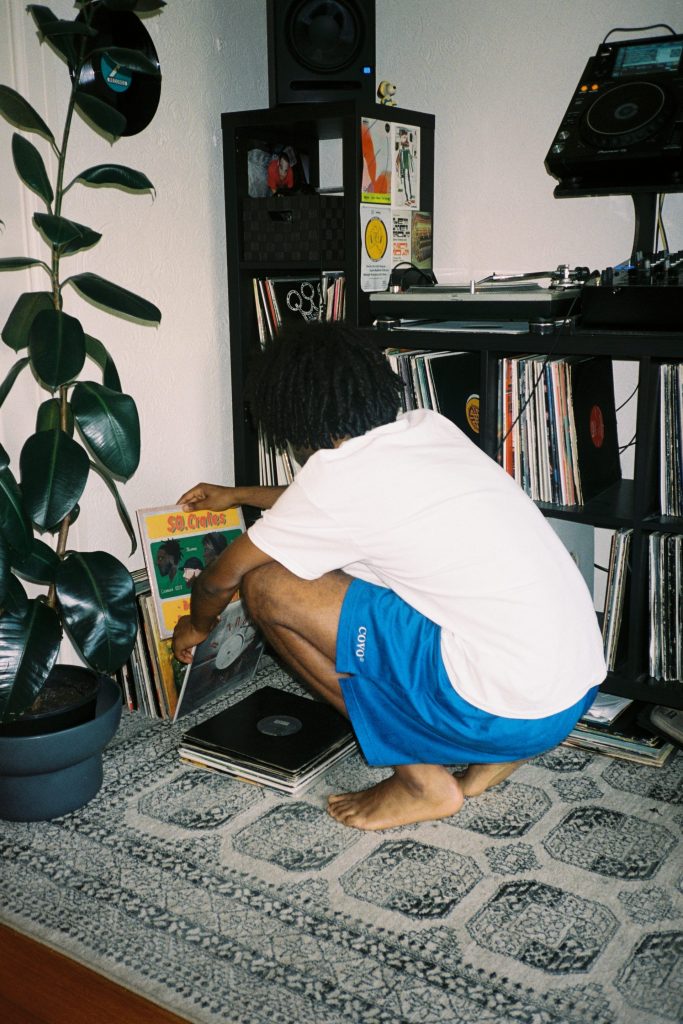 What can we expect from E8 next week and the times ahead?

Ep 8, will feature my friend Amar in the guest mix. Originating from Paris with roots firmly within Cote d’ivoire, West Africa. He has great taste in all things West African music, Hip Hop and Jazz. Expect a mixture of old music and recent finds from myself and maybe more shoutouts ;) Diving more into radio, more collaborations with peoples in various ways. Tribqu is on the hunt for a new space to gather and come together in the dance. North West massif represent!