Will Canning: Music and Rituals.

Annabel Blue We caught up with Will on everything from the inception of Death Bells, recording, graphic design and what’s keeping him creatively fuelled.

Will Canning has certainly created an explosive world for himself and everyone in it. As the lead singer of Death Bells, co-director of Burning Rose Records and graphic designer by day, his creative repertoire continuously evolves as he shifts through each of his artistic pursuits with conviction and dynamism. Having relocated to LA from Sydney, Will and I discussed everything from his involvement in the post-punk realms in the US, revisiting and reviving old music projects to the political climate and what keeps him creatively satiated.

Hey Will! How are you going over there in LA? What have you been up to recently? Hi! I’m doing good. Recently I’ve been working on a few different projects. Trying to stay occupied in the midst of a second stay-at-home order over here. I’ve been hiking a bit too, now that the weather is getting cooler.

How has the political climate been there for you? Have you noticed a shift in attitudes yet or do you think it will take a while to see social change. Personally, I feel extremely lucky to have been here for the enormous demonstrations through the summer. I think there has been a noticeable shift in attitudes since I first visited the US in 2016 – but a lot of what goes on here is marred by political theatre and bureaucracy, so permanent change requires exhaustive focus. It’s going to be a slog, for sure. 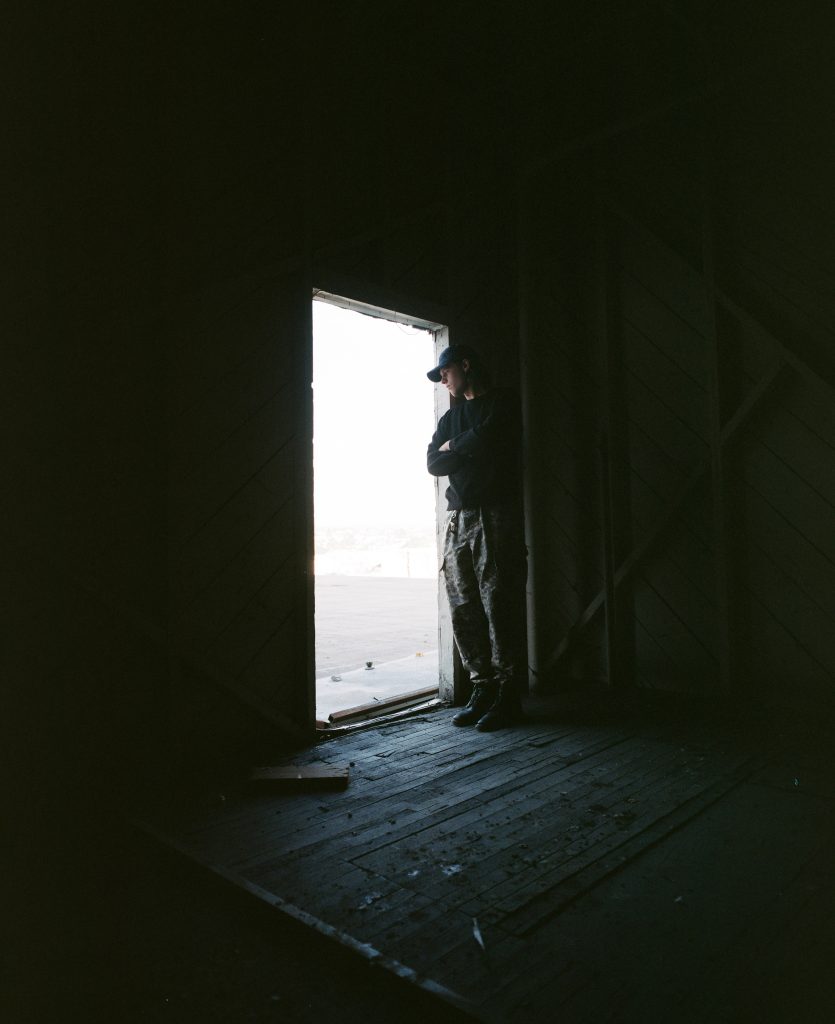 “I don’t really like working alone on anything creative and find it better to trade ideas with people who have different experiences.”

Have you been making much music? What projects have you been getting stuck into of late? This year’s given me time to dive back into old projects, I was able to revisit an ambient record I started back in 2017. That’s all done now. It has a song I wrote with Baby Blue which I’m really excited about, and one that I made with Makeda when I was still living in Sydney. Joe Buchan helped me out with mastering. Apart from that, we did a Death Bells show in the middle of nowhere, which will be made available for streaming soon. Remy & I have also been back in the studio with our friend Colin Knight, and are starting to figure out how the next record is going to sound.

I wanted to ask about the history of Death Bells, (I still remember going to the first Death Bells concert in Sydney all those years ago 2015?!) How have you found it with the band having shapeshifted so much, from 6 members down to now you and Remy Veselis in recent years? What dynamic works for you guys best? Well, we’ve gotten a lot better at what we do in the last five years. That first show was probably pretty rough. All the lineup changes are just a reflection of us growing up. Priorities change, and Remy & I are the ones that continued to see the band as a worthwhile pursuit. Writing as a two-piece is much easier, and it makes me all the more excited when we get to play with a bigger lineup at a show or in a rehearsal space. For now, we’re really enjoying living in Los Angeles and working on music here. The band has been a constant in my life since I was 18, and is something I’ll continue regardless of who is listening or paying attention.

You’ve played with some of the biggest, most established names in the international post-punk scenes, including Black Marble, Drab Majesty, Boy Harsher and many more. Can you tell us how it was in the beginning becoming enmeshed in their worlds overseas after coming from Australia? It’s been great playing with bands that I’ve had so much love for as a fan. I remember watching Boy Harsher play to like 40 people at Elvis Guesthouse in 2016. 2MR were promoting the show, and Kedr Livanskiy played too. Then last year I watched them headline Substance Fest at the Los Angeles Theatre, where they played to a very excited crowd of maybe 1000. I’m just psyched to be able to grow alongside everyone, and try to push the envelope a little bit. I’m really curious as to how far all these bands can go. 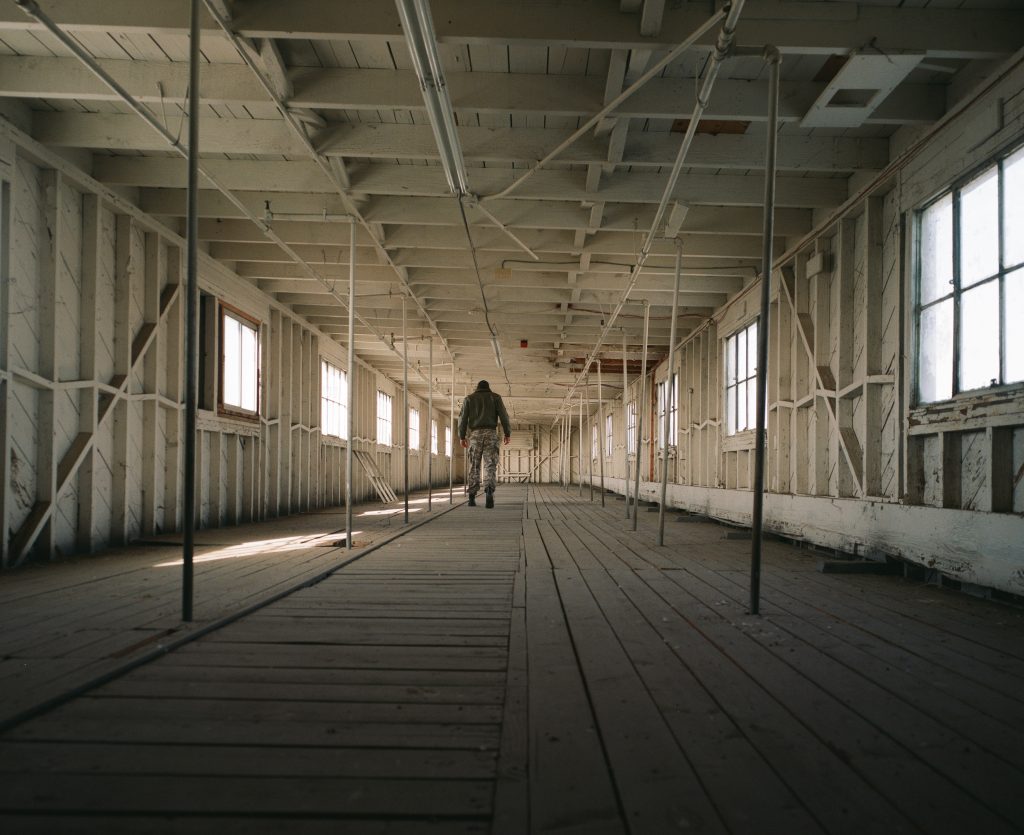 Your new album, ‘New Signs of Life’, has such a refreshed sound to it, can you tell us a little about the process of making this one, as well as the production of the N.S.O.L. video with director Jamie Parkhurst? When it comes to Death Bells, I have waves of inspiration that come every six months or so. New Signs of Life was quite well-timed, I was starting to feel excited about the band again and had a bunch of ideas for songs that were analogous with Remy’s ideas. We wrote most of the demos for the album when we were on tour last year. It came together pretty quickly once we started recording everything properly. The entire album was tracked at Paradise in the OC. I can’t recommend Colin and Andy who run the studio enough, they’re both insane engineers. The video for that single was just us running around Los Angeles without permits, shooting everything as quickly as possible. We got everything down in three days and it looks like a movie. It wouldn’t have even been possible without Travis, Collin, Ali, Lauren & Bre. 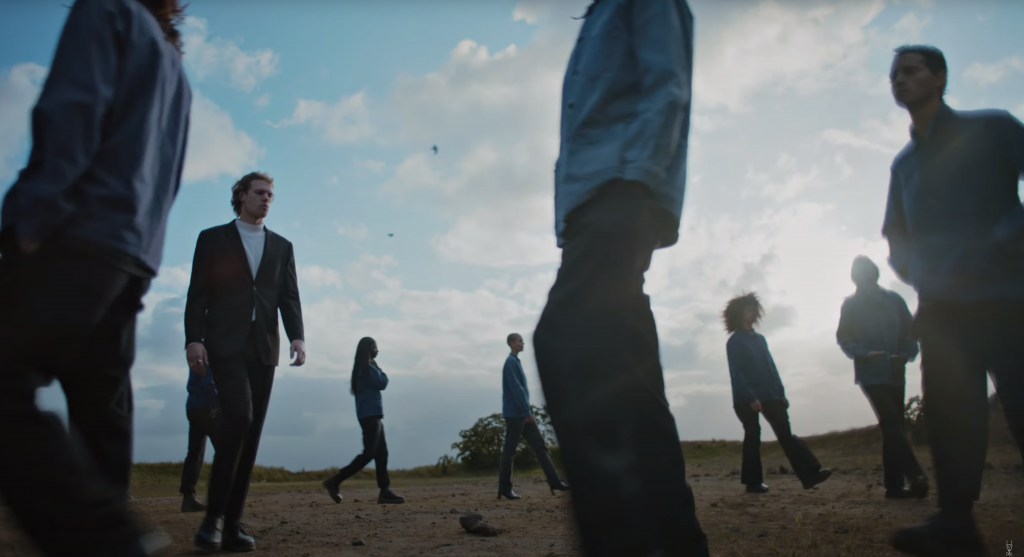 You’ve also been delving deeper into graphic design territory recently, how did your engagement in design start out? Do you find that your music and design worlds intertwine? Learning how to make graphics was just something I had to do when we started Death Bells and later on, Burning Rose. Many other designers I meet or interact with have a similar experience – falling into it through necessity. Most of the projects that I work on are music-adjacent at the very least. I can’t begin to express how lucky I am that these random skills I’ve picked up along the way are now paying my rent. 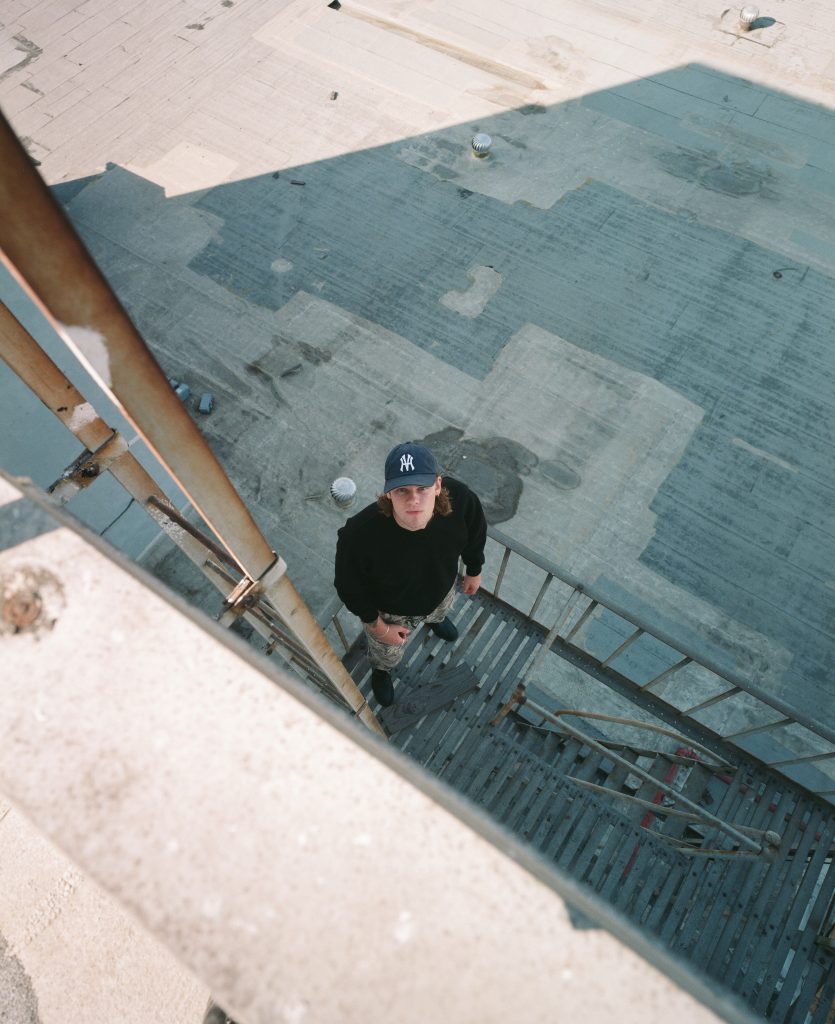 You and Remy have recently joined the Dais Records family too! How did you get involved with these guys? That was a cold email situation. I’ve long admired Dais and the music they release, so when we were readying demos for New Signs of Life we just sent them across to Gibby to get his thoughts. It kind of snowballed from there into planning the release. Him and Ryan are two of the most earnest people I’ve worked with!

What’s keeping you creatively fuelled these days? Surrounding myself with people who are on the same tip has been the best for this. I don’t really like working alone on anything creative and find it better to trade ideas with people who have different experiences. Apart from that, I’ll burn a stick of incense every morning and listen to a record. Getting into little rituals like that has really helped give my day some structure, especially now when I’m at home for most of the day.

What do you most want to see changed in the world? I’d like to see people be a lot nicer to one another. More compassion and empathy!

All images by Jamie Parkhurst